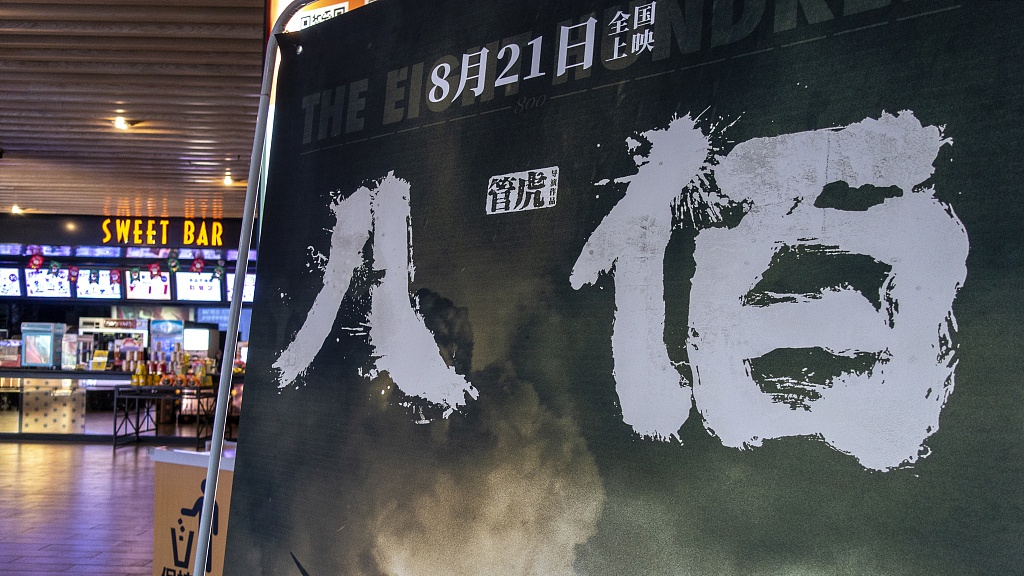 Driven by the sales of war epic film "The Eight Hundred," the daily China box office sales on Saturday surpassed 200 million yuan (about 28 million U.S. dollars), a new high since movie theaters reopened a month ago following months of closure due to COVID-19.

As of 10:30 p.m., Saturday's China box office sales totaled 220 million yuan, to which "The Eight Hundred" contributed over 190 million, showed data compiled by Maoyan, a movie-ticketing and film data platform.

"The Eight Hundred" won applause from moviegoers and critics alike after preview screenings began on Aug. 14 in China where it was formally released Friday.

The film has so far grossed more than 560 million yuan in China.

Directed by Guan Hu, "The Eight Hundred" shows Chinese soldiers defending a warehouse against the invading Japanese army during the Battle of Shanghai in 1937.

Shot entirely with IMAX cameras, it is the first major Chinese film to hit movie theaters since the COVID-19 outbreak.