Dakar Rally to be held in 'unknown' Saudi Arabia in 2020 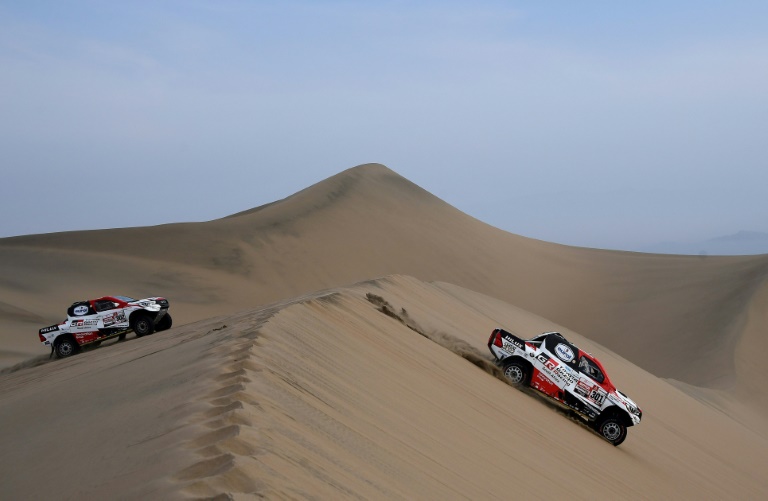 The Dakar Rally will be held in Saudi Arabia from 2020, organisers announced Monday, offering contestants an "unknown landscape and uncharted terrain".

"After 30 years of discovering the beauty of Africa and a decade of adventure exploring the spectacular landscape of South America, a new chapter in the history of Dakar will be written as the world's biggest rally makes its Middle East debut in Saudi Arabia," ASO said in a statement.

The Dakar has been held in South America since 2009. The gruelling multi-stage rally was previously held in Africa but was relocated after terrorist threats in Mauritania in 2008.

Dakar director David Castera described the relocation to Saudi Arabia in a five-year deal as "a voyage into the unknown".

"By going to Saudi Arabia, it is of course that aspect that fascinates me," Castera said.

"I'm convinced that such a feeling will be shared by all the riders, drivers and copilots. As the director of the event, it's a massive challenge to be faced with a blank page with limitless possibilities."

Castera said Saudi Arabia offered up "a monumental geography, made for the most audacious itineraries".

"We are spoilt for choice. Sports, navigation, a will to surpass oneself: all these aspects will naturally be glorified on this territory made for rally-raids."

"The vision and guidance of our leaders have made our dreams and ambitions limitless and have set the sports scene in the kingdom on a remarkable success route," he said.

"Today we are thrilled to announce that Rally Dakar, an event with a huge global appeal is coming to the Kingdom of Saudi Arabia and the Middle East for the first time. Our country is extremely passionate about sport and our strategic goal is to feed that appetite as we move further towards achieving Vision 2030, of which sport is a basic pillar."

Vision 2030 is a blueprint drawn up by Crown Prince Mohammed bin Salman bin Abdulaziz aimed at creating a "strong, thriving and stable Saudi Arabia that provides opportunity for all" by diversifying the economy to help ride challenges thrown up by changeable global energy prices and also by implementing social and lifestyle changes.

On the sporting front, Saudi authorities have already been busy trying to make it into an international hub, much as their regional rivals the United Arab Emirates and Qatar have.

Saudi Arabia have recently hosted the WWE Crown Jewel, a Formula-E race on the streets of Riyadh and January's Italian Super Cup between AC Milan and Juventus, while an exhibition match between Novak Djokovic and Rafael Nadal in December was called off because the latter was injured.

"In hosting the Dakar Rally we aim to produce an unbelievable and unforgettable experience for drivers as they discover the beauty of Saudi nature and a unique spectacle for motorsport fans not only in Saudi Arabia but also in the region and around the world," said Saudi sports supremo Prince Abdulaziz.