Dance drama 'Perfect Life' to head out on national tour

The producers of Chinese dance drama Perfect Life, which tells the story of renowned Qing Dynasty (1644-1911) poet Nalan Xingde, announced on Thursday that they are planning to take the production, which finished its run at Beijing's National Centre for the Performing Arts later that day, on a national tour. 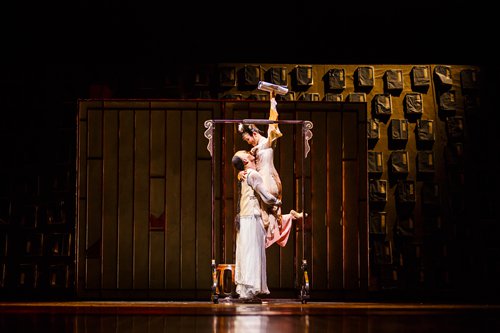 Nalan is famous today for a single line in one of his poems: Life would be perfect if every moment was just like the first time we met/How can love be thrown away like a useless autumn fan?

Coinciding with the rising popularity of traditional Chinese literature in China today, the drama follows the poet's life through four acts.

The dance drama will tour to a dozen of Chinese cities including Shanghai, Chongqing and Hangzhou.