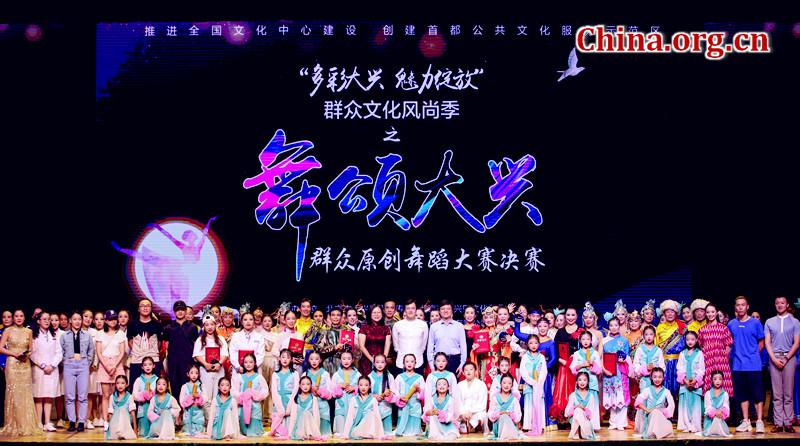 The curtains have closed on a huge dance competition in Daxing district, Beijing, with the winners declared after the finals on August 22.

The group dance, "New Rhyme of Classical Chinese Works," garnered the top award in the final session for the eight finalists. The second prize went to the dance "Story of Reindeers," which re-created the story of reindeers' migration to and from their homeland in Beijing, while an ancient form of Chinese folk dance, "Fan Dance of Spring Breeze," took third place.

Each competitor was judged on the presentation of their routine, including costumes, artistic performance and storytelling by a panel of judges from Beijing Dance Academy, Minzu University of China and the China Dancers Association.

Launched on May 14, the competition encouraged diversity and innovation, entertained, inspired and united people from all walks of life, according to its organizer, the Daxing district cultural committee.

The 101-day event caused a stir in the district and in dancing circles in Beijing. It drew 209 dance teams, consisting of 3,200 competitors in Daxing, ranging from 4-year-old toddlers to people over 80.

Four top-notch dancing artists joined the grand event and served as tutors for the competitors, as seen in many talent reality TV show programs, which raised the standard of the competition and added more entertainment. With the help of their respective tutors, contestants incorporated Chinese ancient art and history as well as the spirit of modern era into their presentations.

In addition, the Daxing district cultural committee invited a first-class performing contingent so as to produce a stage tailored to all dances, including set, lighting, curtain and veil, to create an art and dance platform for participants and the audience, said the committee.

"The competition provides an enormous platform where we could practice our favorite dances under the guidance of professional coaches," said a female dancer surnamed Shi, at the awarding ceremony on stage.

Shi and her dance mates like dancing for leisure in public places of squares and parks in Daxing. It was her first time to dance in front of so many people.

This event, for her, fulfilled her dream to dance an unforgettable dance, like the professionals she saw on TV. Shi and her team won the Excellent Prize in the finals.

"Dancing helps me relax and build a strong body, all to the sound of beautiful music," said Wang Xiulan, whose team won the third prize with a fan dance. She said her team's passion ran high as they reached the final session after several elimination rounds. She hoped to join the competition again next year. 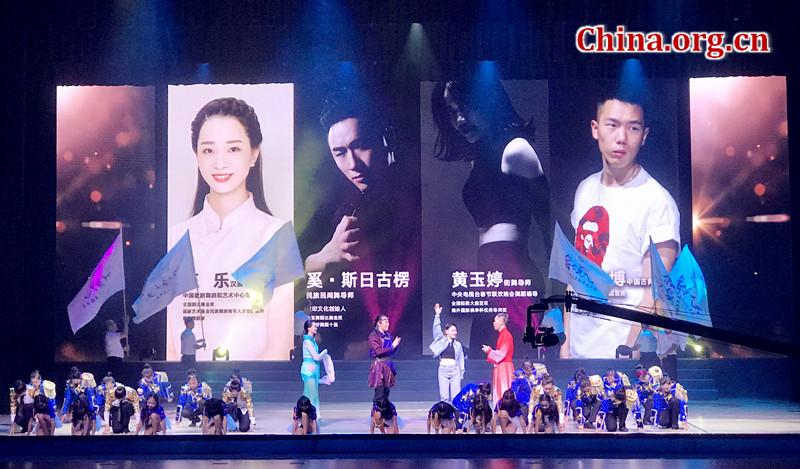 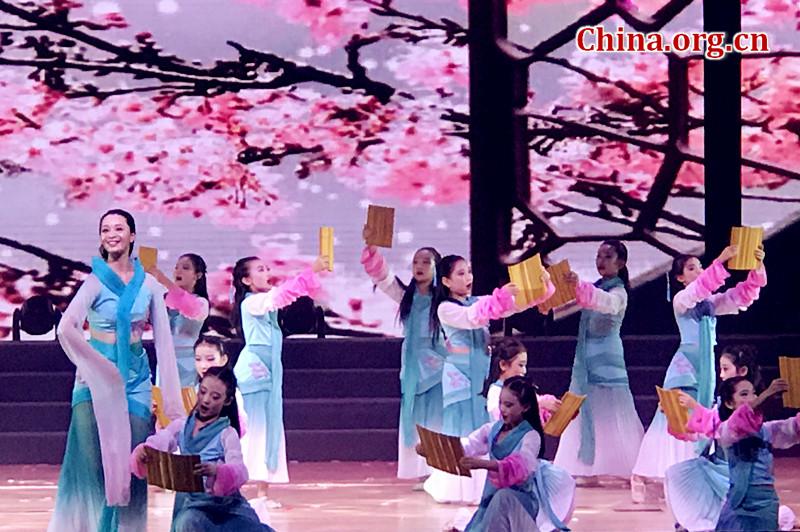 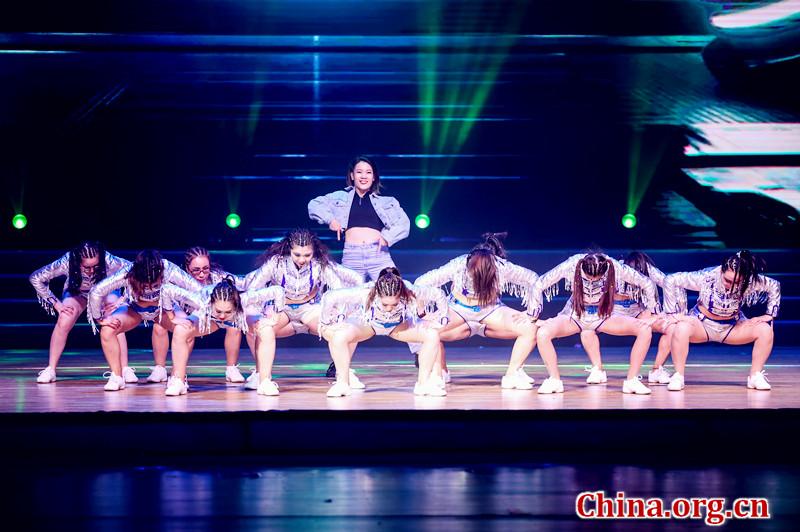 "Dance for the New Era" wins great applauses for its ebullient movement and vitality in the finals. (Photo courtesy of Daxing district cultural committee

The dance "Story of Reindeers" re-creates the story of reindeers' migration to and from their homeland of Beijing. [Photo courtesy of Daxing district cultural committee] 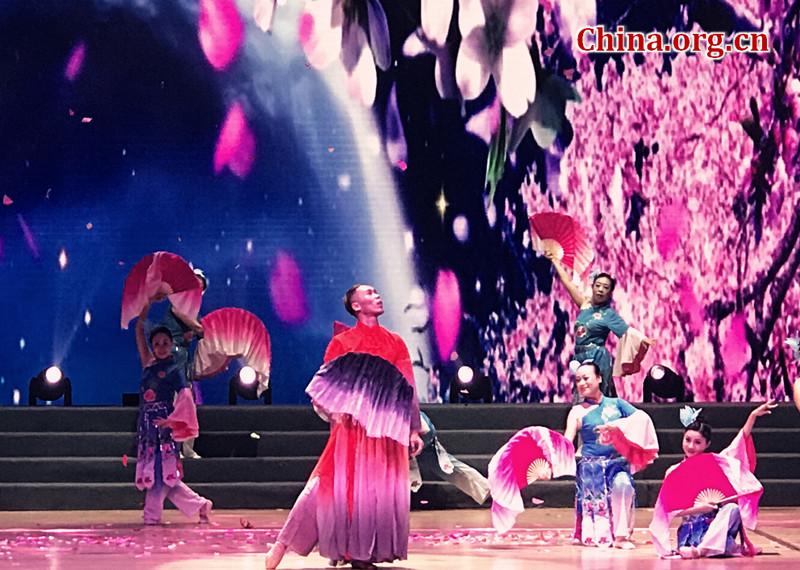 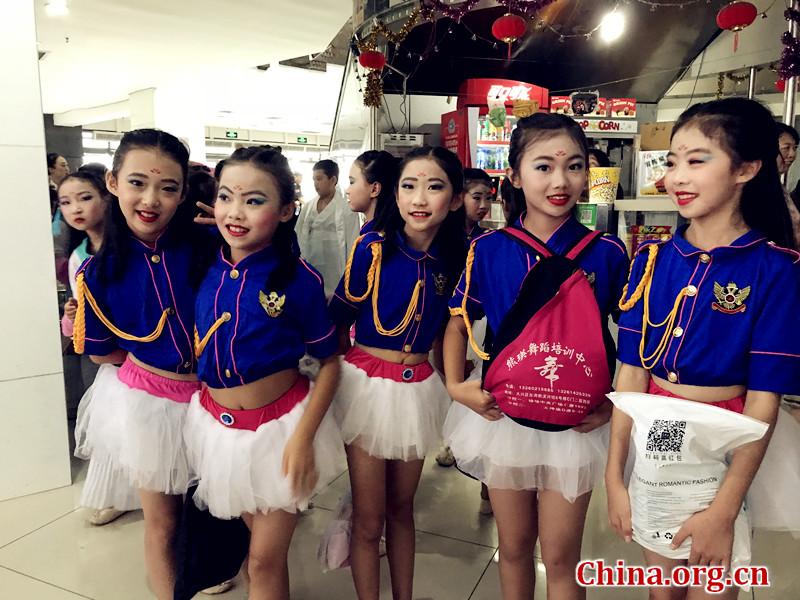 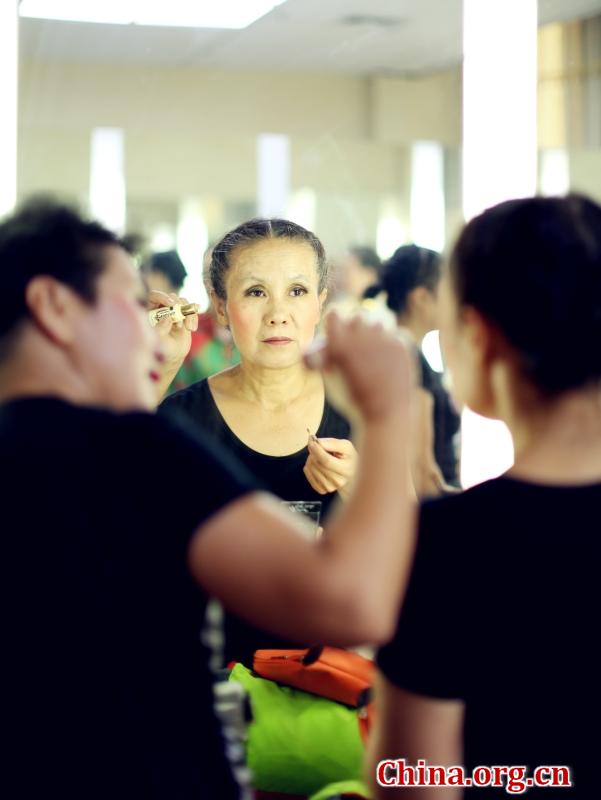 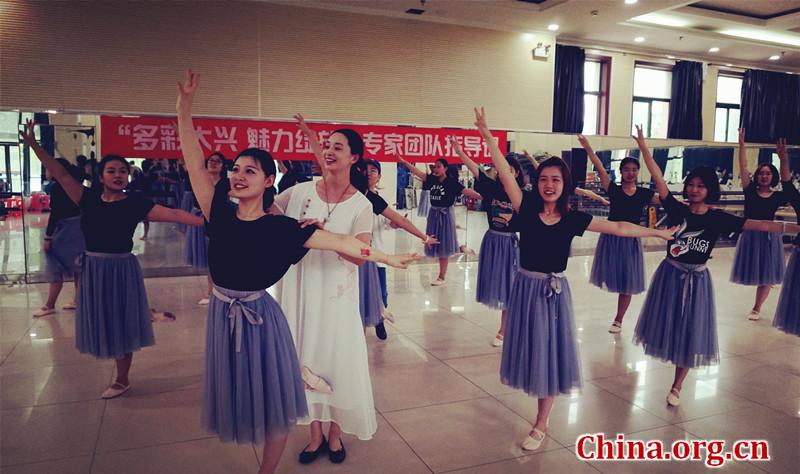 A tutor (in white) and a dance team in their rehearsal for the finals. (Photo courtesy of Daxing district cultural committee)