Danes test out ski slope on top of incineration plant 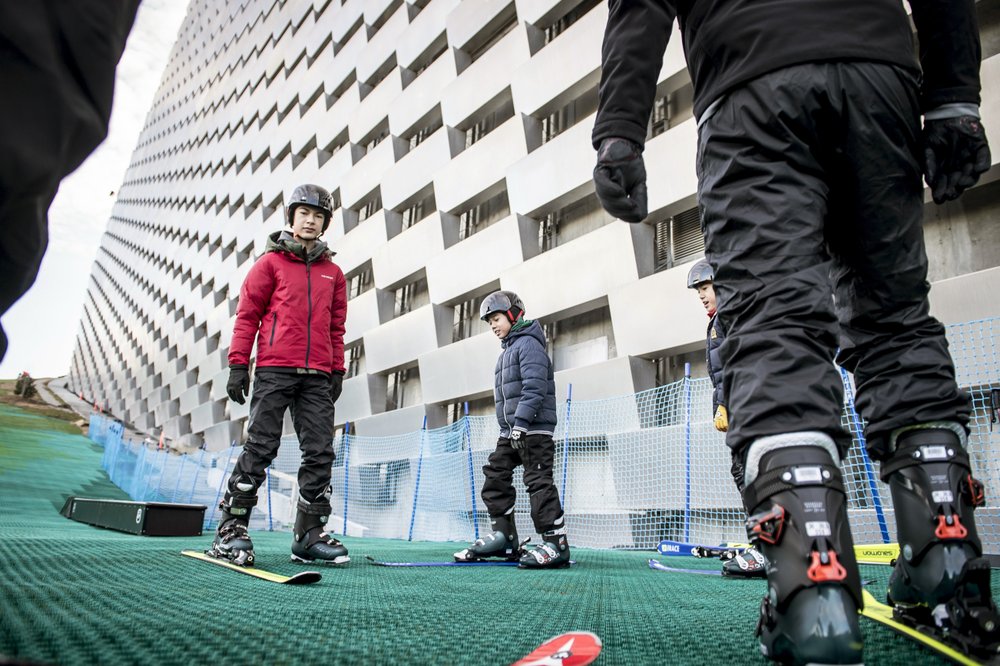 The Alps it’s not. But Danish skiers and snowboarders are testing out an artificial ski slope above an incineration plant that doesn’t emit toxins and rises 85 meters (279 feet) above the flat landscape of Copenhagen.

The lower half of the slope at the Amager Resource Center opened to the public on a snow-less Tuesday for two days of test runs to coincide with the week-long winter Danish school holiday.

Eventually, the entire run will be divided into three slopes with a green sliding syntheticsurface, plus a recreational hiking area and an 80 meter (264 foot) climbing wall.

The 4 billion kroner ($516 million) project, which sits on top of a plant that has been producing heating for homes since 1970, began in 2013. It has been delayed by scandals, including alleged misuse of taxpayer money, and no opening date has been set.

The plant now processes waste from 550,000 residents and 45,000 businesses and produces electricity and heating to approximately 150,000 households.

Once the whole project is completed, the roof will contain ski slopes, green spaces and hiking trails. The slopes will have ski lifts to take people up to the top of the runs.

Denmark is famous for its flat landscape. Its highest point is in the west at Yding Skovhoej, which is 174.5 meters (572 1/2 feet) above sea level.