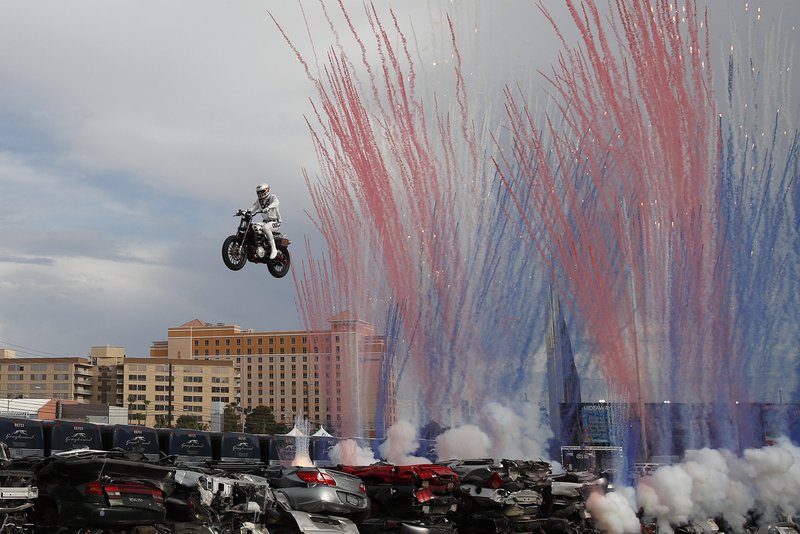 Appearing Sunday night in Las Vegas on the History Channel’s “Evel Live ,” Pastrana cleared 52 crushed cars in a 143-foot (44-meter) jump and 16 Greyhound buses in a 192-foot (58-meter) jump. He concluded the event by sailing 149 feet (45 meters) over the fountains at Caesars Palace.

Pastrana, who wore a jumpsuit similar to what Knievel wore, said the fountain jump was the hardest. He said it was “an honor to live a day in Evel’s boots.”

Knievel crashed just before the landing ramp during his attempt in 1967, crushing his pelvis and fracturing several bones. He died in 2007 at the age of 69.