CULTURE Daughters of Africa: A feminist story of African cinema

Daughters of Africa: A feminist story of African cinema 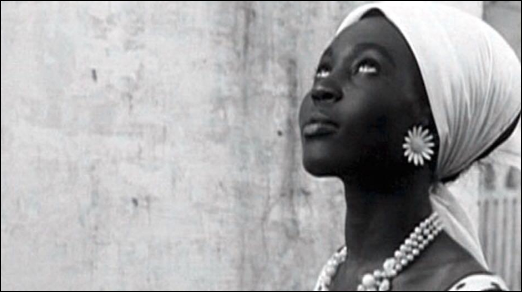 When Doctor Bruce Banner aka Hulk travels to fictional African country Wakanda for high-tech treatment to fix his superhero friend The Vision, black princess and scientific genius Shuri beats him in no time at working out a solution to save the day.

As far as the ending of the film, "Avengers: Infinity War," is concerned, her victory probably means little. In the history of cinematic representation of African women, Shuri’s win over one of the film franchise’s most respected scientists has left a mark.

"The feminist basis to much ‘African Cinema’ is one of its most remarkable, common features," wrote Lindiwe Dovey, a senior lecturer in African film and performance arts at University of London, and the co-founding director of Film Africa, London’s African Film Festival (AFF).

During the earlier years that followed the birth of cinema, African men and women were mainly objects of curiosity for filmmakers from the developed world, being documented and studied “scientifically” as a sort of living evidence of cultural evolution, and void of any artistic rendering.

The emergence of native cinema pioneers with national independence movements across Africa gradually established narratives that were unique in their own right.

As a consequence, the portrayal of women could be examined in a wider social context. Issues such as equal rights were raised in stories of rebellious female characters whose struggle is to escape the fate imposed on them by society.

Back to "The Avengers," what detracts from Shuri’s fictional success is the fact that the fiction comes from American comic icon Marvel. The power of African filmmakers still has a lot of catching up to do.

The rise of female African film directors in recent decades has also helped shape interpretations of women’s lives in African cinema, contributing to an increasing feminist awareness among local communities.

The struggles of women, depicted by men

"It is important to recognise how rare it is in the history of cinema that filmmakers from a particular region have collectively paid such attention to upholding the value of women and to critiquing patriarchy," wrote Dovey in his article for the AFF.

"Black Girl," debuting in 1966, was one of the earliest productions by an African filmmaker to focus on a woman’s struggles in a post-colonial context.

Telling a story about a Senegalese woman’s ill-treatment in France, the film drew a clear picture of the frustrations endured by people from newly independent countries in the lands of their former colonists.

Its director Senegalese Ousmane Sembene was the first African filmmaker to receive international recognition, and was also an important figure in the development of post-colonial African cinema.

Films that deal with similar subject matters often feature leading female characters as fighters against gender and racial inequality, in a manner that emphasizes their individuality instead of being part of a stereotyped group or as belonging to men.

However, like nearly everywhere in the world, the African film industry remains dominated by men. It was only after the rise of a few female African directors that local cinema began to adopt a refreshed feminist approach.

The female directors that round out African cinema

Sarah Maldoror was born in France, and later became the first woman to direct a feature film in Africa.

"Sambizanga" (1972) is her best-known work. Set in 1961 at the onset of the Angolan War of Independence, the film tells a story of a woman’s desperate search for her husband who was arrested as member of an African liberation movement, not knowing that he had actually been killed.

Safi Faye is another influential name in the history of African cinema. Her work "Letter from My Village" was the first feature film to have been directed by a woman from a Sub-Saharan background.

The film was acclaimed internationally on its release in 1976, and brought huge fame to the Senegalese director.

As the continent emerges from the shadow of colonialism, new generations of African female directors have also embarked on breaking stereotypes of African women.

"I'm able to present a different picture of an African woman to a world that imagines us to be beaten or downtrodden when really we are the backbone of this continent," Kenyan director Judy Kibinge told CNN.

"There are very few female directors in our industry which limits our voice as a whole and that is one of the reasons why I love to support other female directors across the continent whenever I can."

The female perspective doesn’t mean that works by men are inherently negative in their portrayal of women. But the need never ceases for filmmakers to “remain alert to the ways in which (heterosexual) male desire for women might filter into male-authored films and compromise otherwise progressive representations of women,” wrote Doctor Dovey of London University.

“Contemporary African women directors are giving us a ‘new look’ in African cinema – one that suggests an affinity between filmmaker and subject and which is rooted in the profound respect for each human individual that is necessary to overcoming the scourges of racism and sexism.”