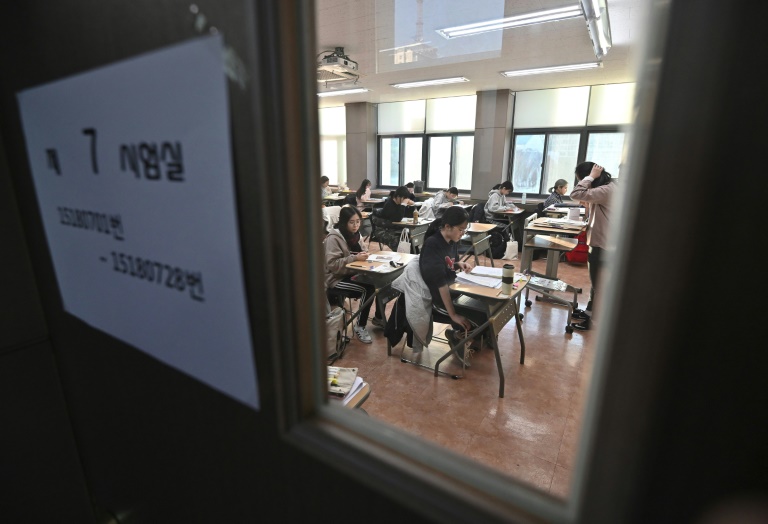 Success in the daylong test means a place in one of the elite colleges seen as key to future careers, incomes, and even marriage prospects.(Photo: AFP)

South Korea hushed Thursday as hundreds of thousands of students sat the high-stakes national university entrance exam that could define their future in the ultra-competitive country.

Success in the day-long test -- which teenagers spend years preparing for -- means a place in one of the elite colleges seen as key to future careers, incomes, and even marriage prospects.

To reduce traffic and ensure some 550,000 students arrived on time, government offices, businesses, and even Seoul's stock market opened an hour later than usual at 10:00 am (0100 GMT).

Police cars and motorbikes were on stand-by to rush any students running late to the 1,185 schools where it was taking place.

Boys and girls take the test separately and extraordinary measures are taken to ensure nothing disturbs the examinees.

All takeoffs and landings at South Korean airports are suspended for 35 minutes during an English listening test, when all planes in the air must also maintain an altitude higher than three kilometres (9,800 feet).

The transport ministry said 158 flights were rescheduled for the exam, including 40 international routes.

"Well done, it's time to show your ability," read one placard, while another said: "I can see your successful future."