DC's 'Aquaman' premieres in China one week before int'l rollout

Moviegoers in China will be the first to witness the newest DC superhero film "Aquaman" as it is set to hit theaters in the country this weekend, two weeks before its North America release date of December 21. 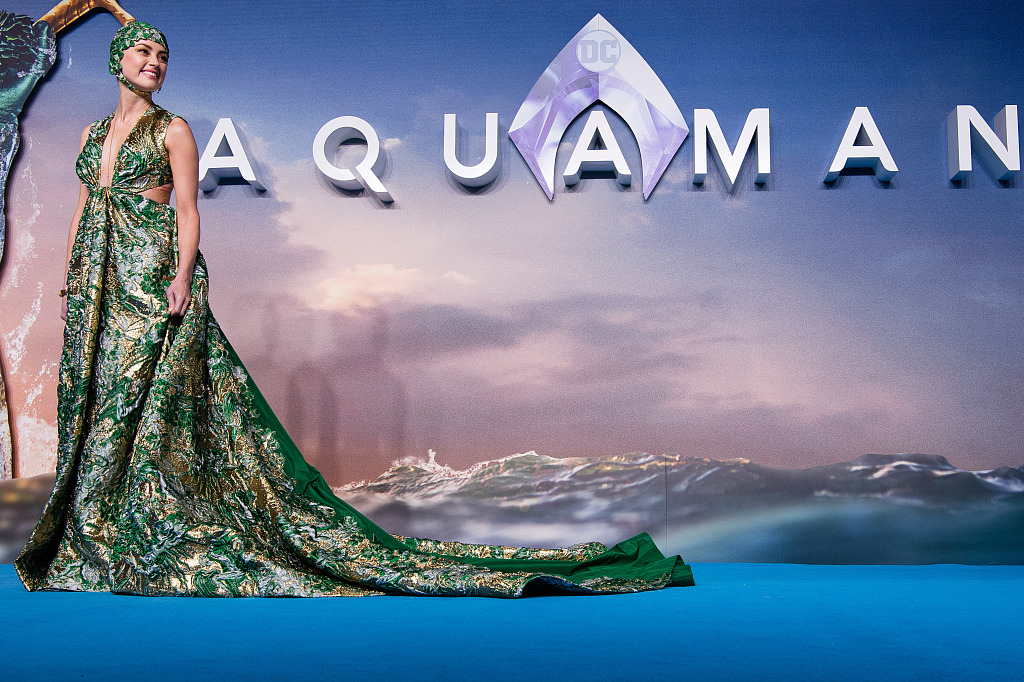 "Aquaman" is the sixth film from the DC Extended Universe (DCEU) following last year's "Wonder Woman" and "Justice League." The former achieved great success in both box office take and word of mouth. The latter, however, has been the DCEU's lowest-grossing title so far and was widely panned by critics.

The highly anticipated action saga is seen as a fresh start for the DCEU.

Directed by James Wan, the film reveals the origins of the half-human, half-Atlantean Arthur Curry, who must assume his destiny to become the King of Atlantis, while battling his evil half-brother Orm to save the world.

The international rollout for the action-packed adventure will begin one week after its release in China, as the UK and Australia scored December 14 premieres.

What to expect in the superhero solo film

Starring Jason Momoa in the title role, "Aquaman" will be the first full film focusing solely on his underwater heroic character, though the audience initially saw him in action in "Justice League."

In a previous interview with ComicBook.com, Momoa described his work with the rest of the Justice League cast as "a great dynamic" while sharing how it affected his solo movie, saying that "we're all so different and so complimentary of each other."

This upcoming Aquaman solo film observes the dynamic and romance between Momoa's Arthur Curry and Amber Heard's Mera, a fierce warrior and Aquaman's ally throughout his journey, at its center.

The film's exclusive Chinese trailer is a perfect blend of action and plot that offers a closer look at some of the most exciting fights and battles on the surface and under the sea.

Following the standalone adventure of the aquatic hero, audiences will also see the vast, visually breathtaking underwater world of the seven seas.

Aside from the big action scenes and amazing views, it also features several touching conversations and critical moments in the film that showcase Arthur's journey to be the king of seven seas.

According to the film's producer, Peter Safran, Wan expressed his hope to bring "a departure from what had become the DC brand of superhero" at the very beginning when Warner Brothers and DC gave him the Aquaman story.

As Wan explained at this year's San Diego Comic Convention in July, he would like "to create characters that people can relate to, and that they like, and that they, therefore, want to go along with them on this journey."

A multifaceted superhero can be expected in the new film, which is different from the simply comedic character shown in the previous films, noted the film's helmer.

As a master of horror movies, Wan has shown his remarkable ability to tell stories and grasp his audience's heart through his overwhelmingly popular directorial debut "Saw" in 2004, one of the best-known horror franchises worldwide.

In 2015, he presented "The Fast and the Furious 7" (also known as "Furious 7"), which is the most successful film in the action franchise in terms of box office take and critics' reviews.

In a recent interview with Chinese media, the Australian director revealed that "part of the reason why I did 'Furious 7' was to show people I can make other kinds of movies as well. I have different kinds of palettes that I love and enjoy," adding, "and 'Aquaman' is really no different to that."

Growing up as a fan of comic books, Wan said that this film allows him to "play with more of the bright and colorful world of comic books." At the same time, the ocean, as he put it, "is also a scary place as well. So it allows me to draw inspirations from my horror roots as well."

For many Chinese DC fans, Wan might be another big reason that drives them to walk into the movie theater, following him to explore a brave new world.