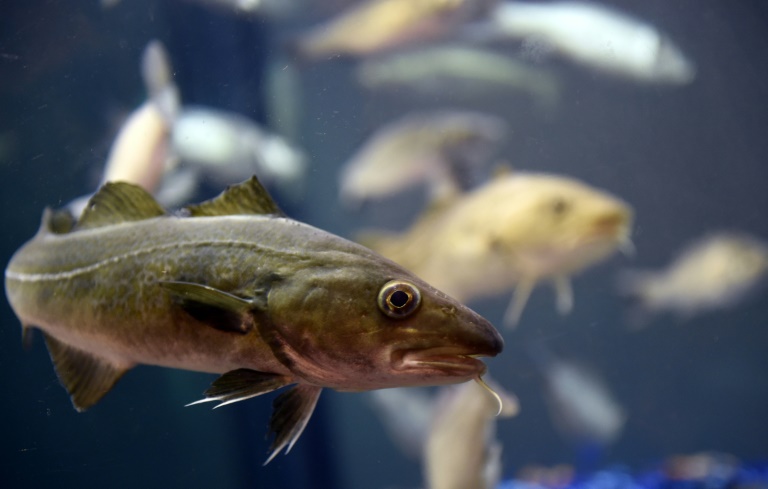 According to studies in 1996 and 2012, seismic airgun blasts caused haddock and cod to flee, reducing the catch rate by 20 to 70 percent in some areas.(Photo: AFP)

Human-caused ocean noise and its dangers to marine life are the focus of meetings at the United Nations this week, a victory for advocacy groups that have long warned of this problem.

What are the causes of ocean noise?

The main human activity that causes noise is maritime shipping.

Among the loudest sounds are explosions aimed at demolishing offshore oil platforms, though these events are rare.

Advocacy groups focus on seismic airguns, which are used by oil and gas interests to find reserves on the ocean floor.

A boat tows 12-48 airguns at a time, each of which shoot loud blasts of compressed air. These sound waves pass through the water and hit the seabed, reflecting back information about buried oil and gas deposits that can be used to create three-dimensional maps.

The blasts are repeated every 15 seconds, over vast areas of the ocean at high volume, sometimes for weeks on end.

OceanCare, a non-governmental organization based in Bern, Switzerland, released in May a review of 115 studies done mainly in the 1990s and 2000s, showing the effects of ocean noise on 66 species of fish and 36 kinds of invertebrates, or animals without a backbone.

Zooplankton were found to be highly vulnerable to seismic blasts. A 2007 study showed that one blast, even at a lower level than those typically used in oil and gas prospecting operations, could decimate half the zooplankton in the area.

Up to 95 percent of certain species died.

Zooplankton form the base of the foodchain, and are vital nutrition for whales and numerous invertebrates like oysters and shrimp.

Fish can suffer internal injuries and change their behavior. Becoming disoriented by the noise, they may swim away or freeze in place.

According to studies in 1996 and 2012, seismic airgun blasts caused haddock and cod to flee, reducing the catch rate by 20 to 70 percent in some areas.

Some fish swam deeper, where they could be more vulnerable, while others were caught with empty stomachs, a sign they had stopped eating.

What are the solutions?

The simplest answer is to limit the number and intensity of seismic blasts. But at least in the United States, things are going in the opposite direction.

President Donald Trump's administration has opened up the Atlantic coast to seismic surveys.

Oil and gas industry representatives say the scientific evidence does not prove the surveys harm fish, and that companies take the necessary precautions.

"Seismic surveys are frequently used in the Gulf of Mexico with no known detrimental impact to marine animal populations or to commercial fishing," said Michael Tadeo, spokesman for the American Petroleum Institute.

However, Lindy Weilgart, a researcher at Dalhousie University and consultant to OceanCare, took issue with that claim.

"It is highly misleading to claim that there is no measurable or documented scientific evidence on seismic activities impacting fish or other marine animal populations," she said in an email to AFP.

"To date, about 130 species have been documented to be impacted by underwater noise, much of it from seismic surveys."

The port of Vancouver has been experimenting toward this end since last year, as part of a project called "ECHO."

NGOs want the issue of ocean noise to be included in a UN resolution on the oceans later this year.

While initial concerns were for the dolphins and whales affected, OceanCare says the problem impacts all manner of creatures in the ocean, big and small.

It's a problem that affects the entire food chain, said Nicolas Entrup, an ocean policy expert at OceanCare.

"The issue of ocean noise is getting high up on the agenda as a threat to the environment," he said in an interview.