The ocean is the lifeblood on our planet, but we only know very little about it. In a mission to fill this knowledge gap, China's Haiyang-6 scientific research vessel has returned from an expedition in the northern parts of the South China Sea with rare discoveries of cold seeps and tube worms.

On a cold seep found around 1,200 to 1,400 meters below the sea surface, the essential elements for life on Earth, sunlight, does not exist. But a biological community is thriving in the deep dark world.

A cold seep is an area of the ocean floor where hydrogen sulfide, methane and other chemical compounds can be used by chemosynthetic bacteria to grow in the absence of sunlight. 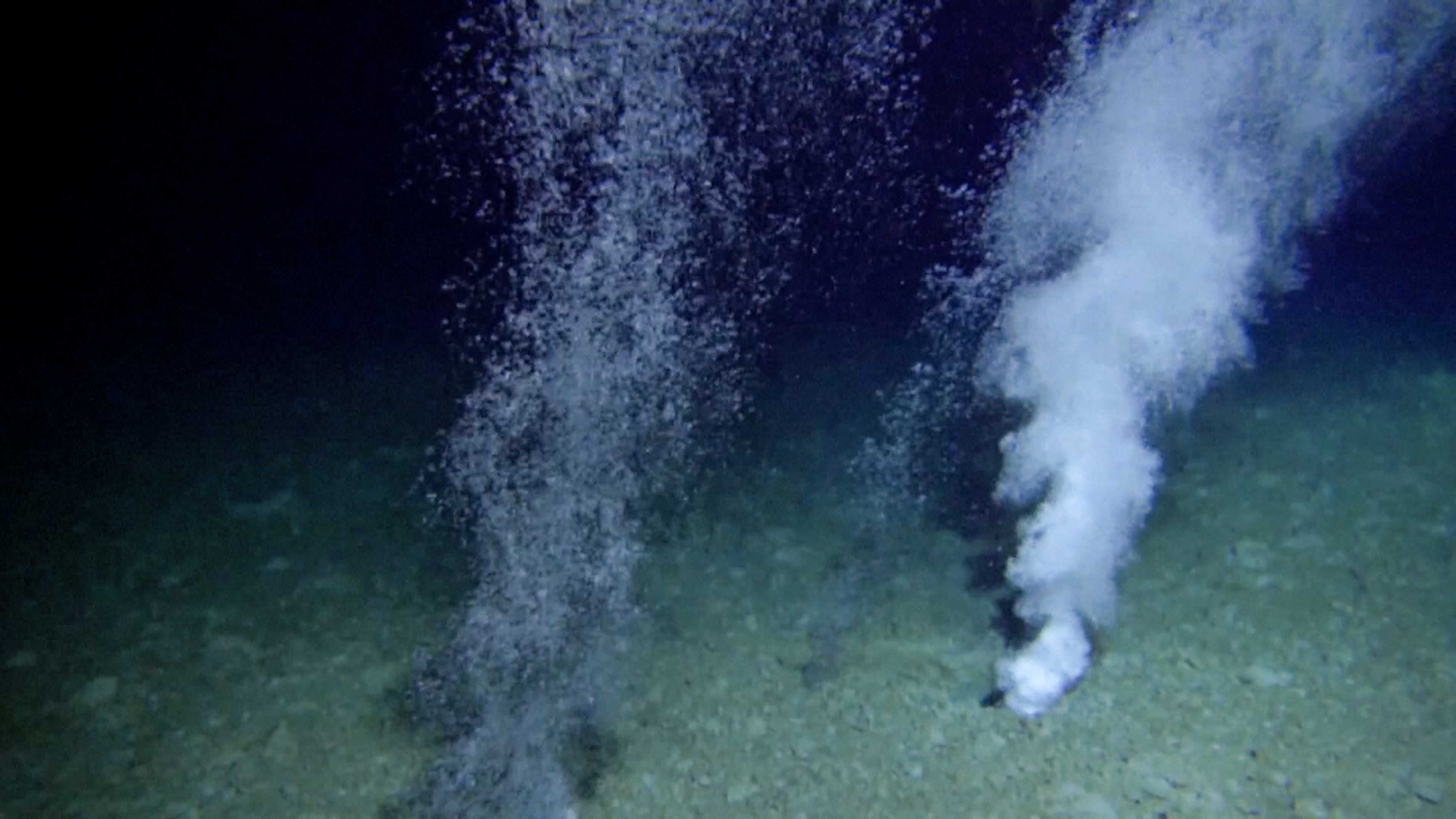 The process of obtaining energy from chemicals is known as chemosynthesis. In other words, instead of using the energy of photons from the sun like many land species, these bacteria in the deep sea can absorb elements from oxidizing inorganic compounds. 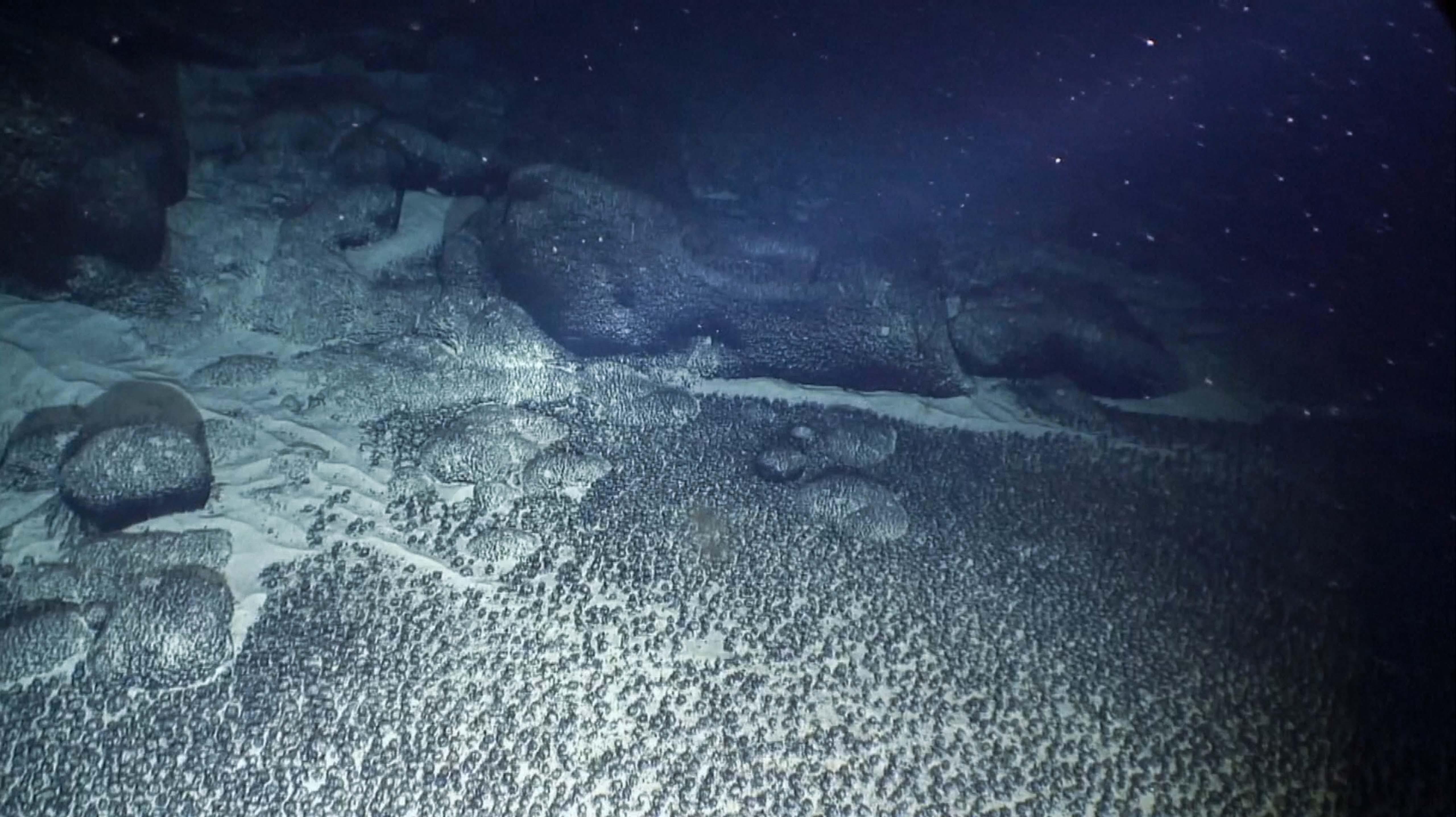 In the chemosynthetic communities which methane is relatively abundant, dense mussel beds also form near the cold seep because they are fed by bacteria, which produce energy from methane.

During the expedition, scientists also found many other marine species including tube worms, residing at about 1,390 meters below the surface. A tube worm has one of the longest lifespans on Earth. Scientists say some of them might live up to 250 years. 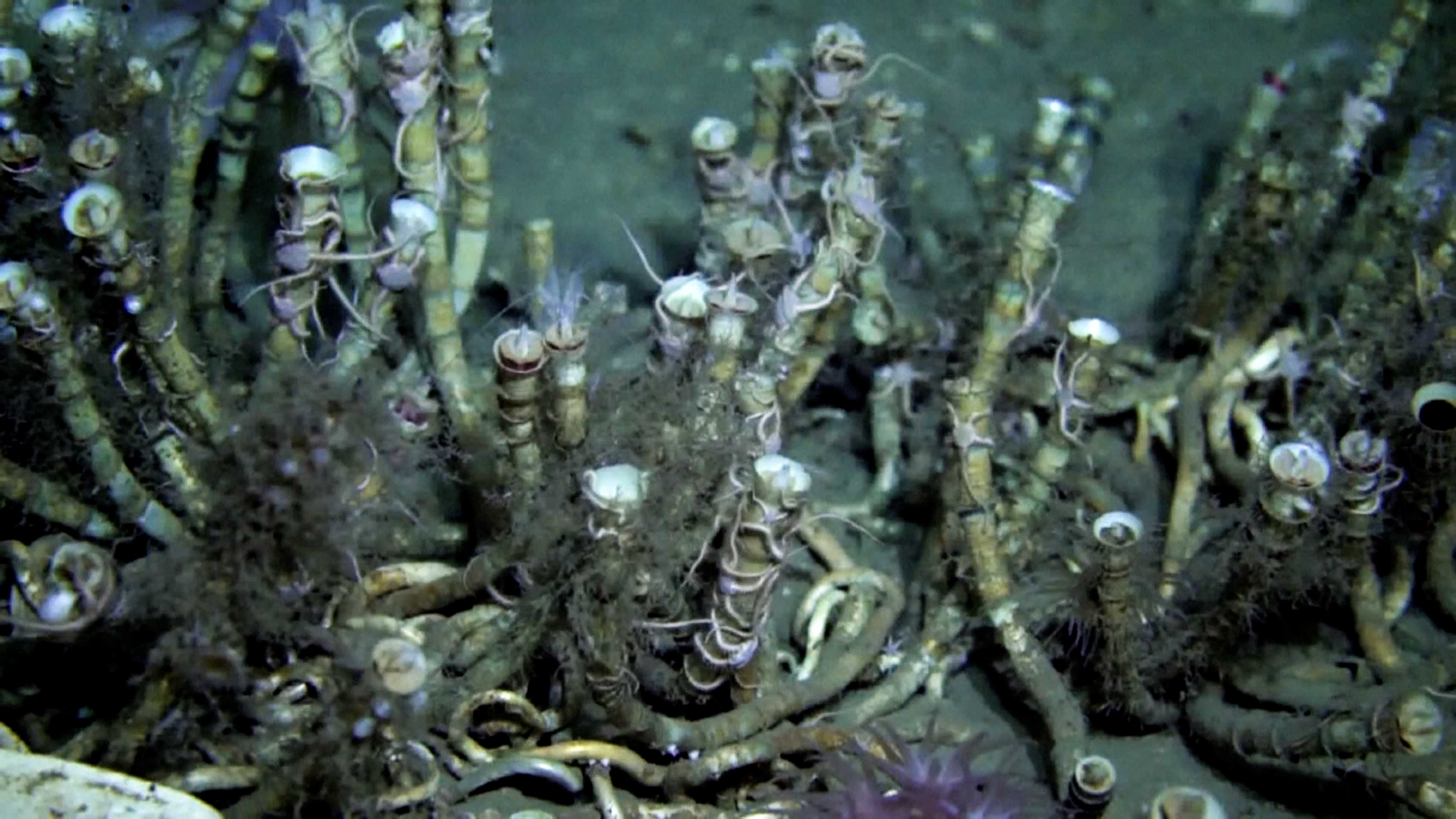 Like mussels, tube worms also live on chemosynthetic bacteria. Since the worms don't have digestive tracts, they build a symbiotic relationship with the bacteria. The worms provide a special type of hemoglobin for the bacteria as food, while the bacteria supply organic molecules for the worms in return.

This is not the first time tube worms have been discovered by scientists, but discoveries of such a large scale and in clear distribution around cold seeps is a first for China.