Maria Sharapova smacked a forehand winner — the sort she's hit so many times, at so many key moments, over the years — to take control against defending champion Caroline Wozniacki at the Australian Open. Sharapova balled up her fists, shut her eyes, threw back her head and let out a yell. 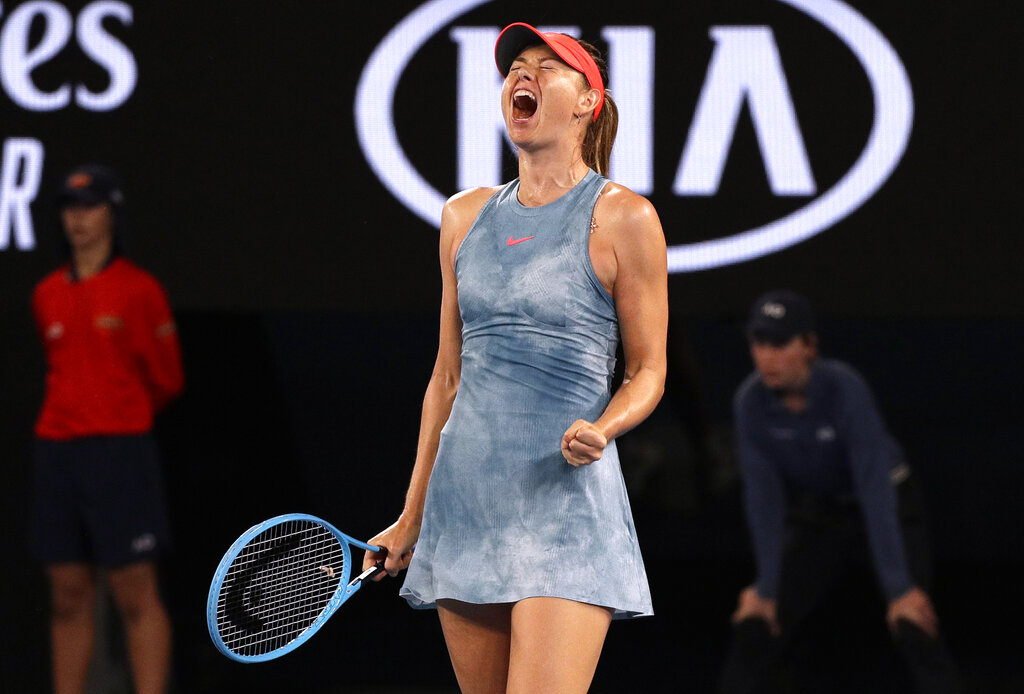 She showed she's ready to be a Grand Slam factor once again.

Sharapova grabbed the last four games to eliminate Wozniacki 6-4, 4-6, 6-3 in nearly 2½ hours Friday and reach the fourth round at Melbourne Park, building the statement-making victory with aggressive groundstrokes that gave her a 37-10 edge in total winners.

"I haven't played many matches in the last year, especially against top players," Sharapova said. "And these are the kinds of matches I train for."

She cut her 2018 season short in September because of problems with her surgically repaired right shoulder.

Sharapova is seeded only 30th at Melbourne Park, where she won the 2008 title for one of her five Grand Slam trophies but hasn't been past the quarterfinals since 2015.

The 31-year-old Russian missed the tournament in 2017 during a 15-month doping suspension that was triggered by a positive doping test during the previous year's Australian Open. 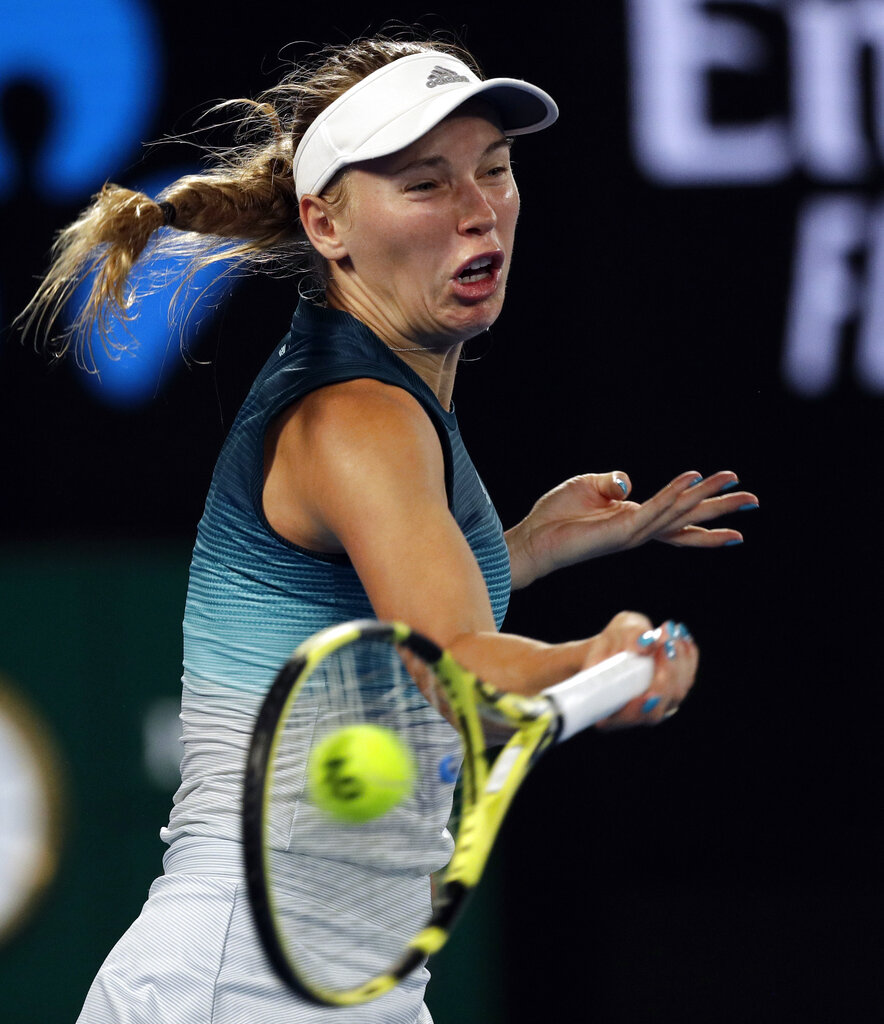 Wozniacki was the No. 3 seed in Australia, a year after beating Simona Halep in the final to claim her first major championship.

Next for Sharapova is a matchup against Australia's Ash Barty, who beat Maria Sakkari 7-5, 6-1 to equal her best showing at any major tournament.

No. 15-seeded Barty took two nearly years off from the tennis tour after the 2014 U.S. Open and played cricket during that time.

"Her story is phenomenal," Sharapova said. "I know she took a little break and came back and just resurged."

Against Wozniacki, Sharapova hung in there in a back-and-forth contest.

Wozniacki led 3-2 in the third set after holding at love. But Sharapova finally gained the upper hand with a break for a 4-3 lead, clinched with that big forehand she was so excited about.

After holding to go up 5-3, Sharapova broke yet again to end it, closing with a big cross-court backhand.

"The level was quite high," Sharapaova said. "I knew I was going to get a tough match."