Despite a slow start, defending champion Xie Wenjun refreshed his season best in men's 110m hurdles final to clinch the gold medal for China at the Jakarta Asian Games on Tuesday. 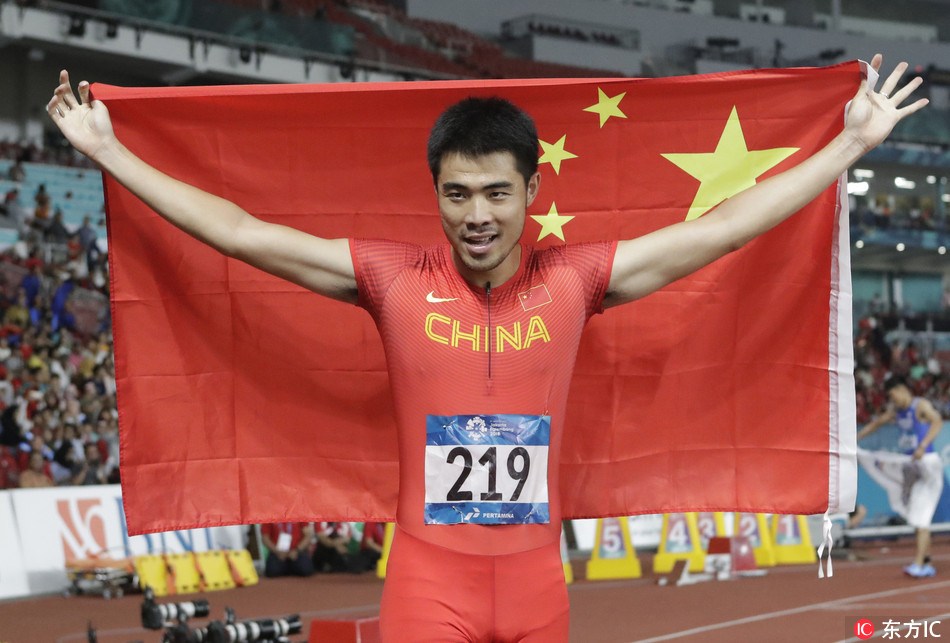 Xie, 28, clocked at 13. 34 seconds to finish the race. Chen Kueiru from Chinese Taipei renewed his personal best to claim the silver with a time of 13.39s, while Japanese Shunya Takayama settled for bronze at 13.48s. 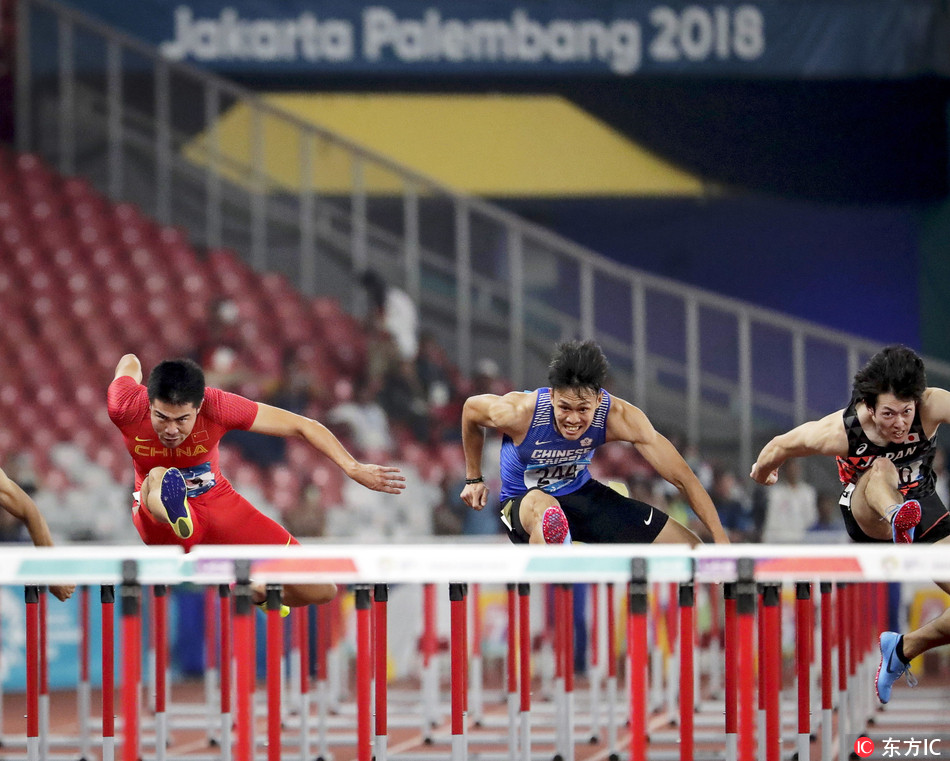 China's Xie Wenjun (L) is on his way to win the gold medal in the men's 110m Hurdles final of the Athletics events at the Asian Games 2018 in Jakarta, Indonesia, 28 August 2018. Xie Wenjun won ahead of second placed Chen Kuei-ru (C) of Taiwan and third placed Shunya Takayama (R) of Japan.

When responded to his relatively slow reaction time of 0.142 seconds, Xie explained he was under great pressure as defending champion.

"It's not until we have last three or four hurdles to clear that I started to feel myself and really went all out. I knew as long as I kept the rhythm right and steady, I could win," said Xie.

"I'm two seconds faster this time (than that in Incheon Games). I'm very proud. Another gold medal at this age. It's not easy," he said.

Born to a family of sports in the summer of 1990 at China's eastern metropolis of Shanghai, Chen was brought to train at 12 for football. His mother, who competed in athletics for Shanghai, believed it helped the teenager Xie get stronger and healthier.

But little Xie's career path switched from field to track after Liu Xiang, the retired Chinese star hurdler won the first gold in a men's track and field event for China in men's 110m hurdles at the 2004 Olympic Games. Liu set the Asian record in this event at 12.88s in 2006, which has been unchanged since then.

"Liu Xiang was my all-time hero. He made history. He is such a nice big brother and mentor. He gave me a lot of suggestions and encouragement. That's one of the reasons I can carry on," said Xie, who made the history of his own by winning gold at the 2014 Incheon Asian Games.

However, the year of 2018 started bumpy for Xie. Haunted by a knee injury during training in the United States, he spent most of the year for treatment and adjustment, and missed the 2018 Diamond League event in Shanghai.

"I wanna go further. Asian's level in this event is relatively low, and we have to go out and see the world. That's why I was training abroad, learning from foreign professionals on training, health management and most importantly, the details of skills and techniques," he said.

"I will focus on strength training, trying to improve my finish speed. I have confidence I can keep my momentum into my 30s," he added.