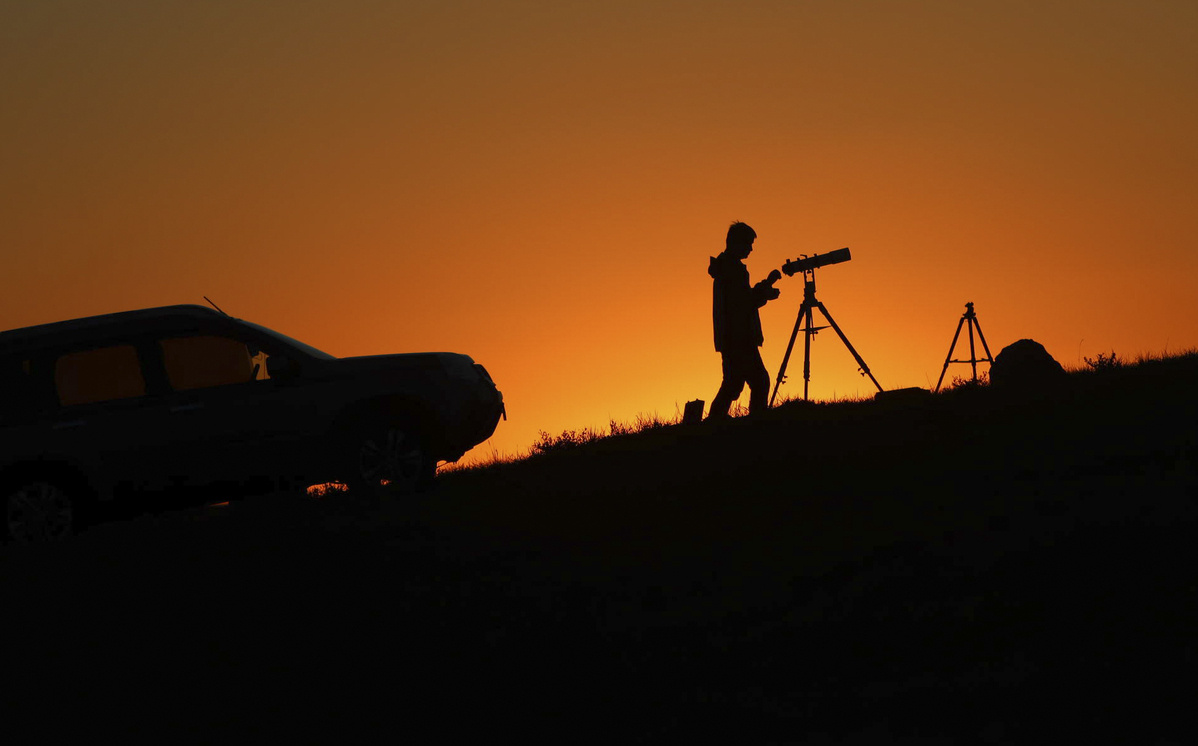 A star chaser sets up a telescope waiting for comet Neowise to appear by nightfall. (Photos: China Daily) 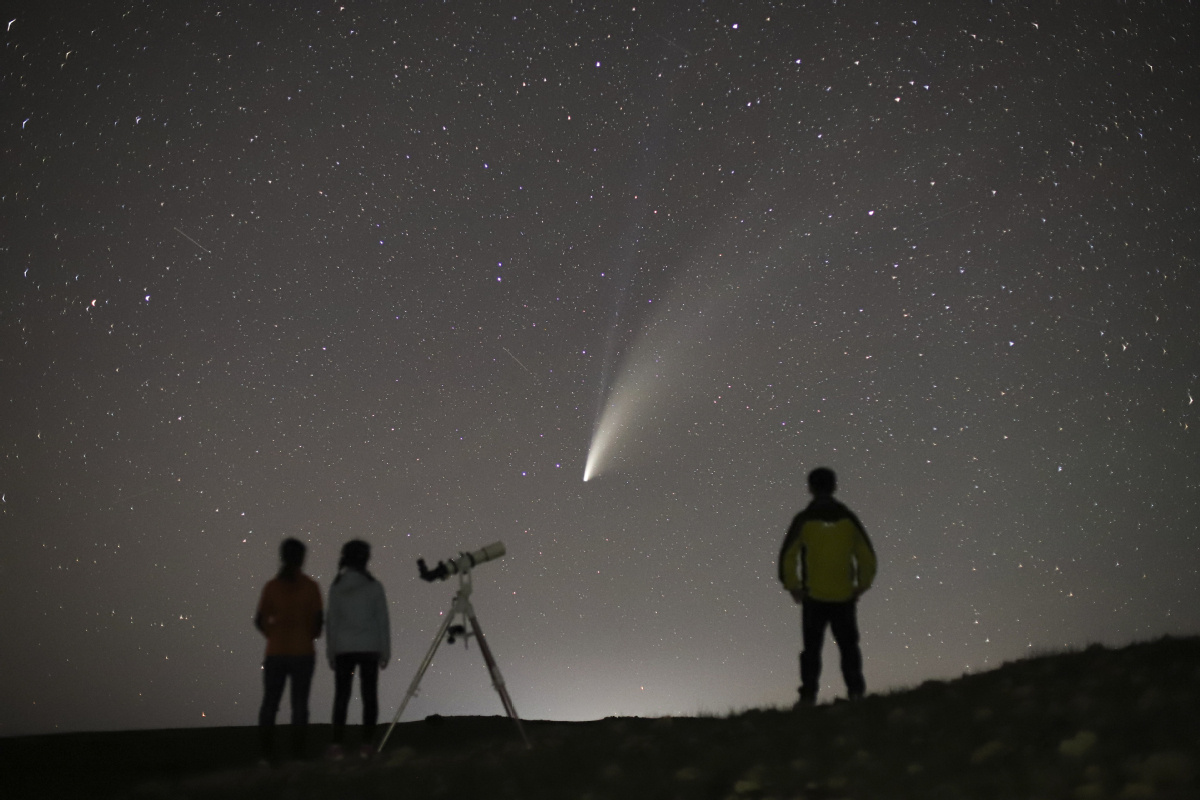 Star chasers hold their breath when Neowise appears in the northwestern sky after nightfall. 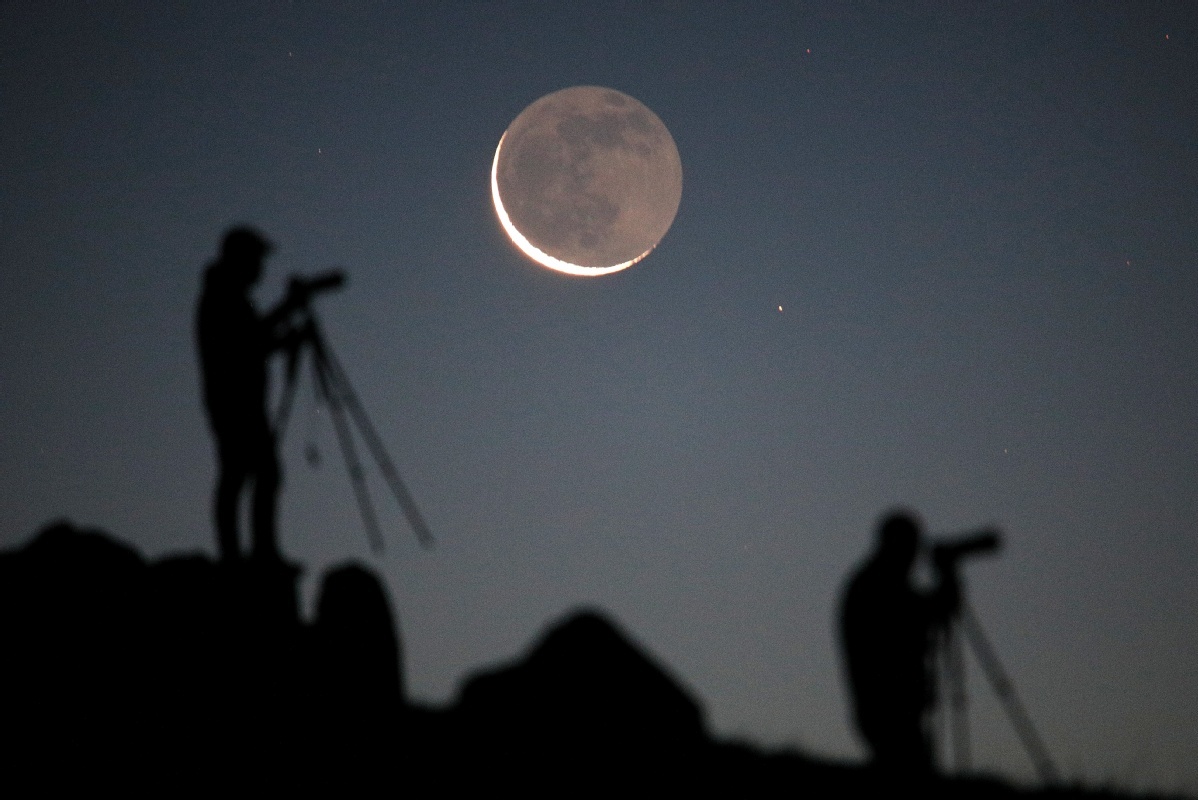 The comet gradually disappears into the morning light before dawn, and the curved waning moon becomes another target for the star chasers. 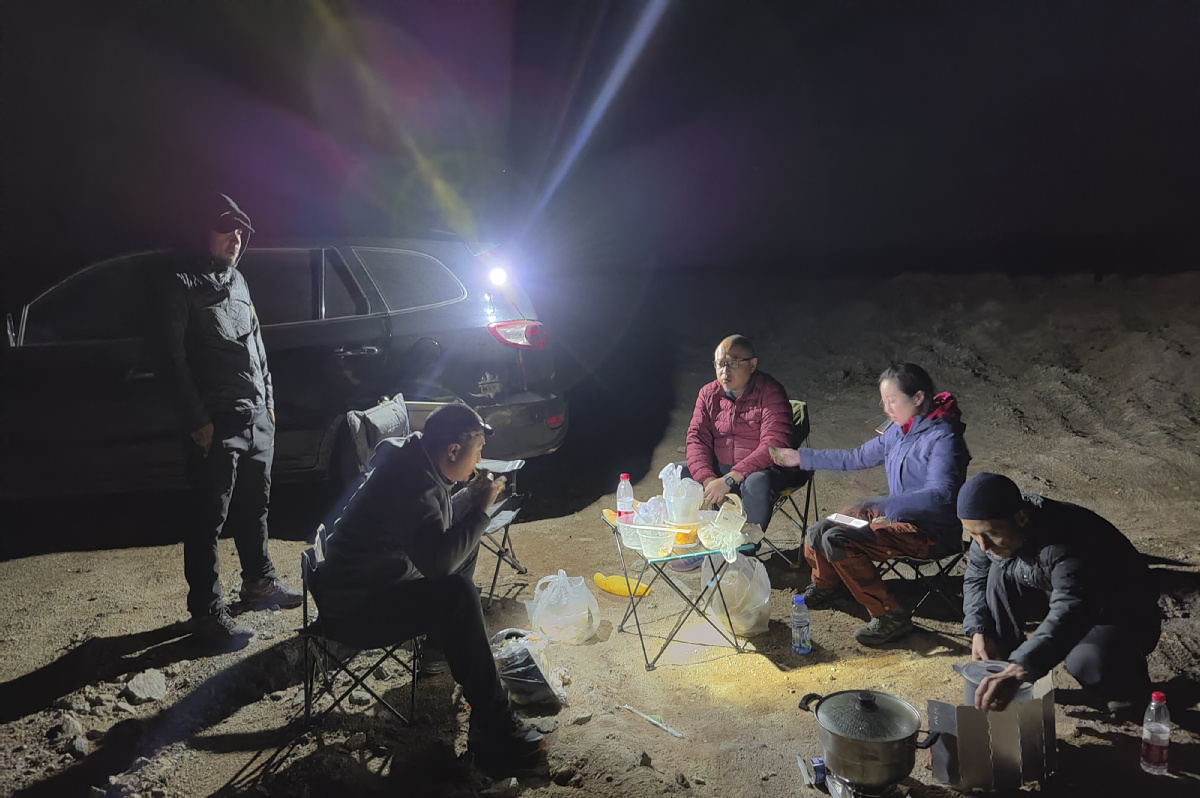 Star chasers take a rest at midnight in order to continue observing before dawn. 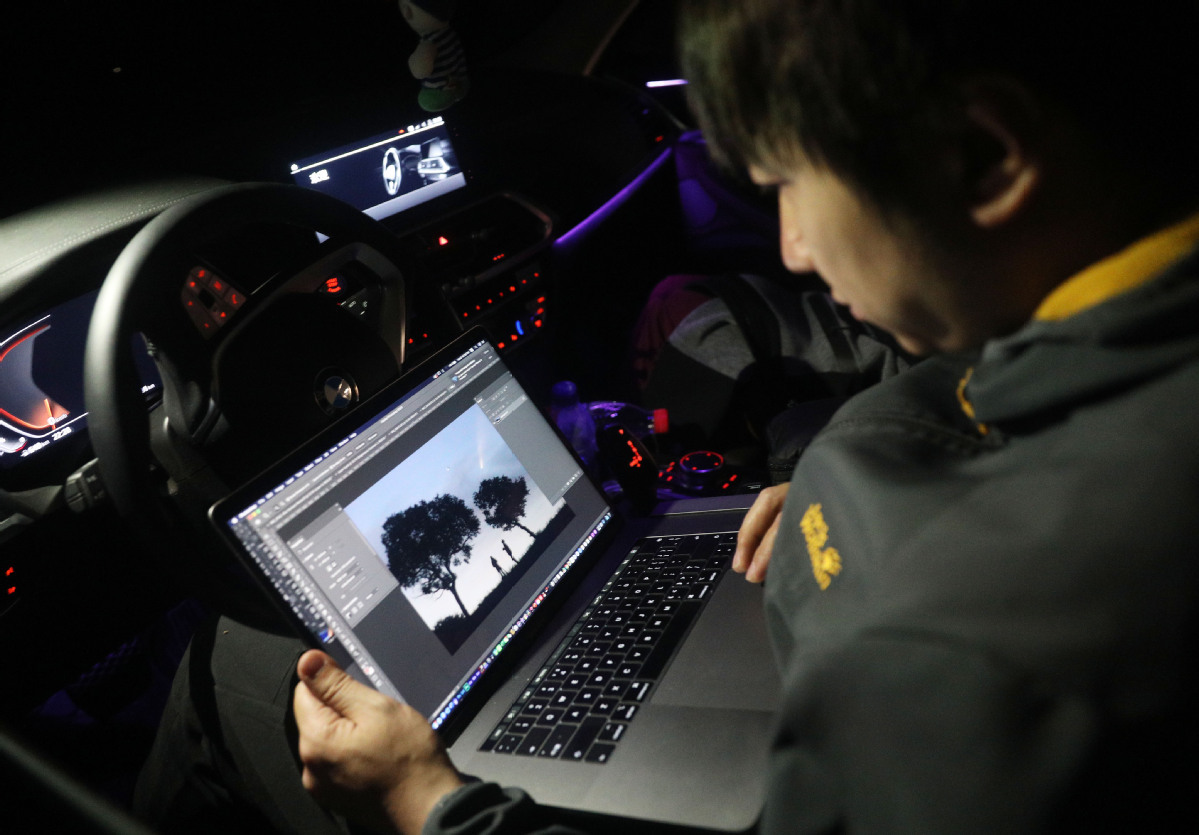 Li edits the comet photos he has just taken in the car.