China's massive express delivery industry has joined the effort to fight the illegal trade in protected wildlife and products by signing a self-regulatory convention on Tuesday. 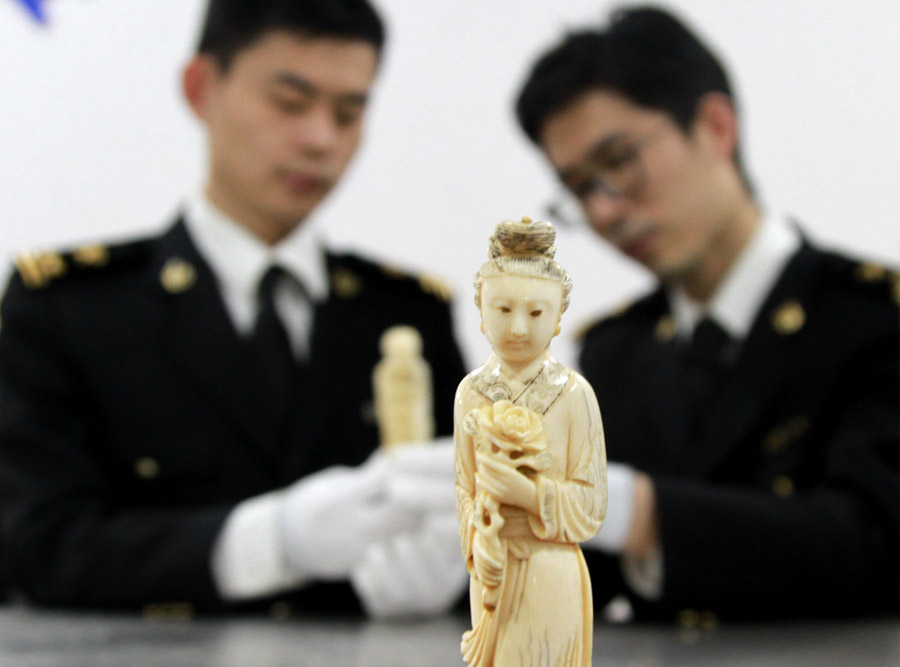 Fourteen express logistics firms－12 domestic ones, such as EMS and SF-Express, and international companies DHL and FedEx－made a solemn pledge to take various measures to refuse to transport protected wildlife and related products.

The convention, initiated by the China Express Association, also requires companies to strictly follow related laws and regulations, and to provide regular anti-trafficking training for their employees.

The 14 companies account for around 90 percent of China's total express delivery market, and their actions are significant in the effort to regulate the logistics market and protect wildlife, said Jiao Zheng, deputy secretary-general of the association.

"The convention shows our great determination to fight the illegal trade in wildlife. It will also help companies to reduce the risk of breaking laws and regulations. We hope more express logistics enterprises will join the action," he said.

The express logistics industry has expanded rapidly thanks to China's booming e-commerce sector. According to the China Express Association, 50.71 billion parcels were delivered last year, an increase of 26.6 percent year-on-year.

The sector generated 603.84 billion yuan ($89.34 billion) in revenue during that period, a year-on-year increase of 21.8 percent. The State Post Bureau forecast that China would become the world's largest express delivery market with a business revenue of 800 billion yuan by 2020.

However, with such a rapidly growing industry and the huge volume of parcels, some cross-border trafficking gangs are taking advantage of the convenience of express delivery to sell endangered wildlife and products from overseas to customers in China, said Zhou Fei, chief program officer of the World Wildlife Fund China.

He said the WWF welcomed the convention and efforts from the companies.

"We'll offer training to their employees based on our research and raise their awareness of wild-life protection," Zhou said.

The latest action from the industry follows a number of official measures to fight trafficking in wildlife. Such measures include updating laws and regulations, and more scrutiny at borders.

China's customs authorities had seized more than 100 tons of endangered wildlife and related products between Jan 1 and April 15 this year, of which around 300 kilograms were ivory tusks and ivory products, the General Administration of Customs said last month.

It also revealed that 182 smuggling cases related to endangered wildlife species had been solved so far this year.

Liu Dewang, deputy director of the wildlife conservation department under the State Forestry and Grassland Administration, said on Tuesday that China had taken strong measures to crack down on the illegal trade in wildlife and related products, and the efforts had gained appreciation from the international community.

"We're glad to have this convention initiated by the industry and welcome more members of the association to join these efforts," he said.