Working as a personal itinerary designer-tailoring tours to an individual traveler's demands-has become a popular job as customized travel catches on in China. 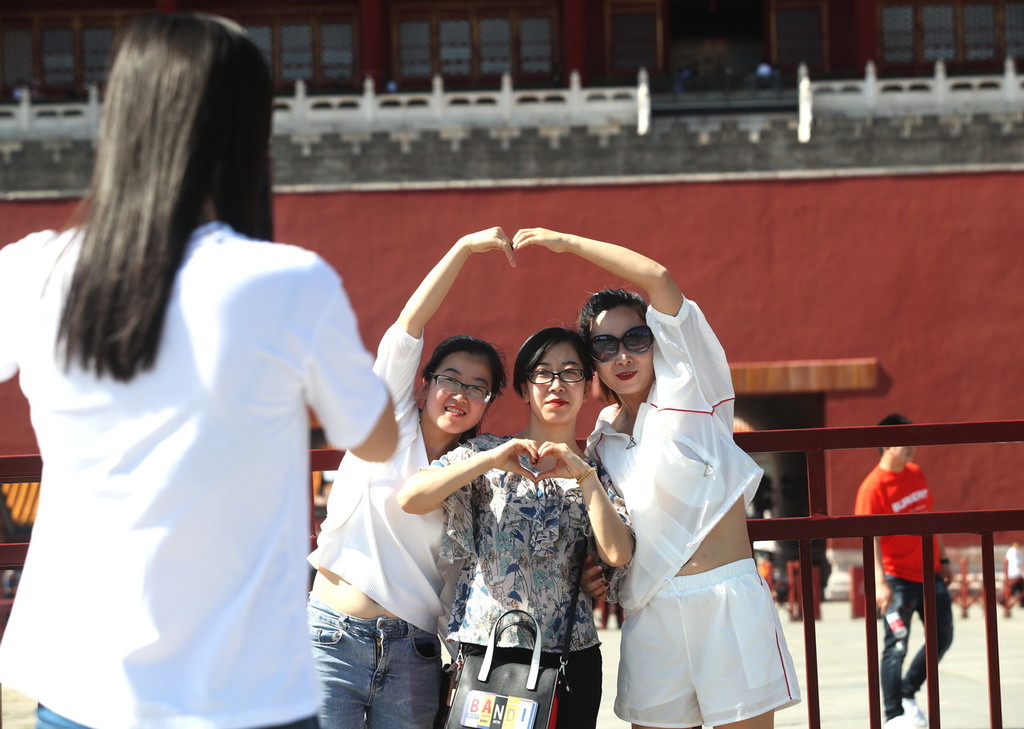 Tourists pose for photos in front of the Palace Museum, also known as the Forbidden City, in Beijing. (Photo: Xinhua)

A report by the China Tourism Academy in late July said customized travel, which first emerged in China in 2000, has grown rapidly since 2016.

According to a service standard on customized travel released in July by Ctrip, an online travel agency in Shanghai, customized travel is a tour product that includes services such as consultancy before the trip and hotel reservations and butler service during the trip.

Tan Jie, deputy general manager of the self-guided travel department at China CYTS Tours in Beijing, said the company had seen customized travel products grow from 11 percent of its business in 2016 to 26 percent last year.

Xiang Min, a 31-year-old from central China's Hunan province, chose to be an itinerary designer in 2016 after working as a tour guide for three years.

"I learned tourism at college and then worked as a tour guide after graduation," she said.

"I want to give more to the customers, provide a more interesting experience at the destination and also a human touch during the trip."

Xiang said customized travel is quite different from traditional tours.

"The traditional product is a kind of standardized one, while a customized tour is more private and diversified, designed on the basis of the traveler's hobbies and demands."

She designed a couple's customized tour to Australia in April to focus on encounters with animals. "We were told the wife loved animals and wanted to stay close to different animals on the trip, so we booked them homestays at farms and also hotels featuring the opportunity to feed animals-for example, a giraffe," Xiang said.

She said an itinerary designer is responsible for one-stop services for travelers before and during the trip, and also needs to review the trip afterward.

"It's really important for the designer to keep learning about the destination and create travel plans that consider the customer's requests," she said.

Itinerary designers also enjoy higher pay than tour guides, according to a report by Ctrip in July based on a survey of the more than 6,000 designers registered with its platform.

Young people born since 1995 accounted for nearly 35 percent of those surveyed, with the report saying they were attracted to the job because of their passion and curiosity about new professions and new ways of traveling.

Chen Lin, a 26-year-old from Yunnan province, said she enjoyed a great sense of accomplishment by working as an itinerary designer.

"I used to be a tour guide for groups of travelers before getting involved in customized travel in 2017," she said.

"I can feel the change … I used to regard myself as a saleswoman because what I had to do was to sell the standardized product to travelers. However, a more human touch is required to become a itinerary designer.

"We can even become very good friends with the customers as we know what they value and what they love as tourists, not merely selling them an average product."