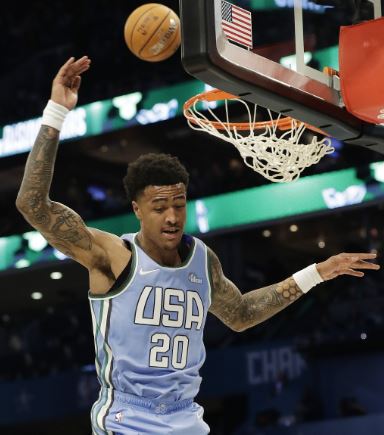 The high-flying rookie put out a call over the loudspeaker for the "biggest person in the building" and out strolled the 7-foot-1 O'Neal who is considered one of the greatest players in league history.

Diallo positioned O'Neal four feet from the basket, and sailed over the former Los Angeles Laker to finish with his right arm stuffed inside the rim. He brought the crowd at the Spectrum Center in Charlotte, North Carolina to its feet and the judges responded by giving him a perfect 50 score. 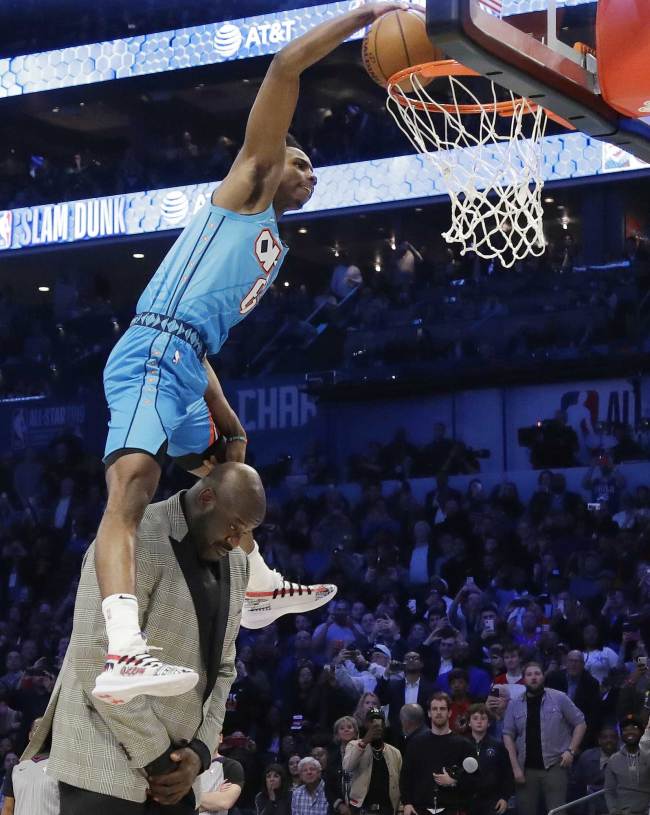 The Slam Dunk event was one of several skills contests featured on Saturday night as part of the build-up to Sunday's 2019 NBA All-Star game.

"The atmosphere was great," Diallo said. "I just came out and gave the crowd what they were looking for."

Diallo needed a 43 to win on his second and last dunk of the finals to beat New York Knicks guard Dennis Smith, who finished runner-up.

Diallo also called on US rapper Quavious Marshall (Quavo) to hold the ball just above his head, sprinted from the right corner of the court and crammed a two-handed jam.

"I was a little nervous," Diallo confessed.

Harris drained a dozen straight shots in the final round to finish with a score of 26 points.

Curry was second with 24 and the Sacramento Kings' Buddy Hield rounded out the top three with 19 points. 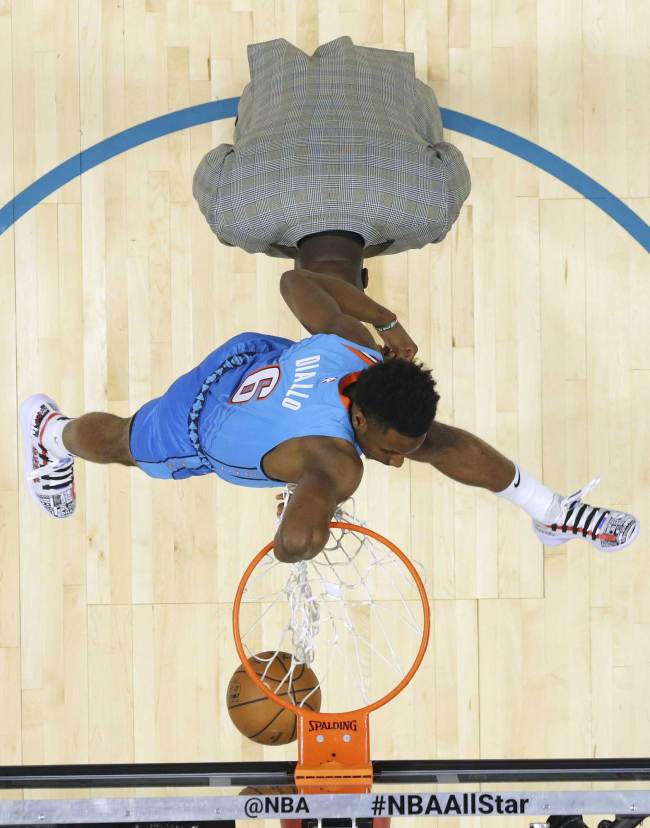 There were 10 players in the event, and seven were eliminated in the opening round.

Curry won the first round with 27 points out of a possible 34. Hield was second with 26 points, and Harris finished with 25 to grab the last spot in the finals.

Defending champion Devin Booker made his last seven shots but was eliminated in a tie for fourth with Danny Green.

Curry closed his first round out by nailing 10 straight from beyond the arc. 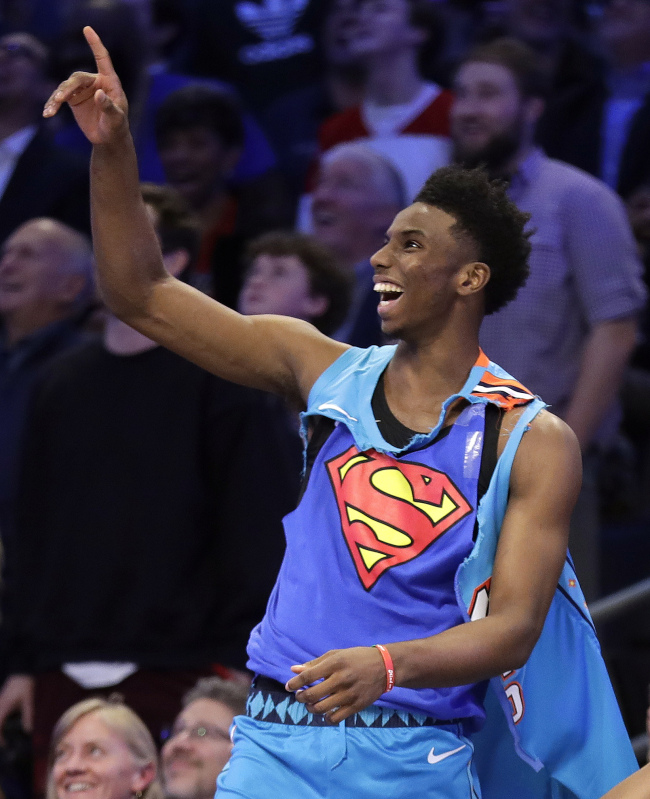 "The previous two rounds, the guy was ahead of me," Tatum said. "Figured I'd let him get a shot attempt so I could get closer to the three-point line. I didn't want to give Trae a chance.

"I honestly didn't know I was going to hit the shot, but I had to give myself a chance, throw it up there, and it worked out for the best."

Denver Nuggets forward Nikola Jokic lost to Tatum in the semi-finals. Young sprinted ahead of Dallas Mavericks rookie Luka Doncic in the other semi.

Defending champion Spencer Dinwiddie of the Nets was unable to defend his title because of an injury.