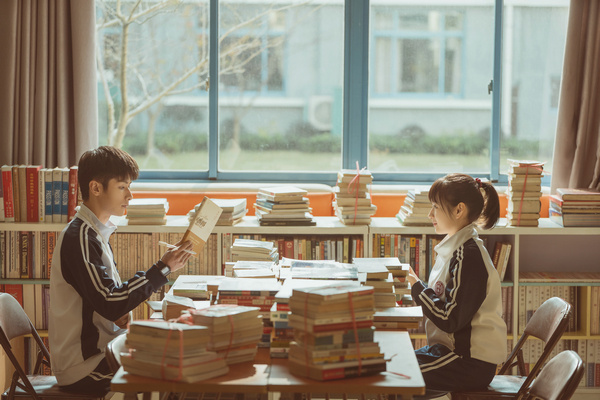 A coming-of-age drama,   Consummation, takes Xia Shi (acted by Zhao Yiqin) back to his senior year in high school, where he meets his romantic interest acted by Li Haofei (right). (Photo: China Daily)

When director Guo Hao watched a South Korean documentary featuring a mother "reuniting" with her deceased daughter through virtual reality technology, he was touched and also inspired. In the documentary, Meeting You, the mother, after wearing a VR headset and gloves, bursts into tears after seeing her "daughter", a digitalized recreation of the girl who died four years ago.

"Although you know the 'girl' is not real, you'd find it hard to hold your tears while seeing her fingers gently brushing the mother's face," recalls Guo.

For Guo and the team behind Consummation, a coming-of-age drama which has run on the streaming site Mango TV since July 22, the documentary stirred them to examine a bold hypothesis: Could a trauma be cured if a heartbroken person was able to see the deceased again?

This idea has shaped the opening scenes of the 24-episode drama that combines campus romance, a suspense thriller and sci-fi－all genres popular with the younger audience.

In the first week, the drama garnered over 100 million views online, obtaining a high 7.7 points out of 10 on Douban, a leading popular review aggregator.

Set in a fictional city, the tale follows Xia Shi, a 27-year-old journalist who struggles with his dark past, not least his lawyer father's suicide. Through a VR game developed by his former high-school classmates, he "returns" to the time before the tragedy takes place, unraveling the truth behind his dad's death and finally letting go of his regret and pain. 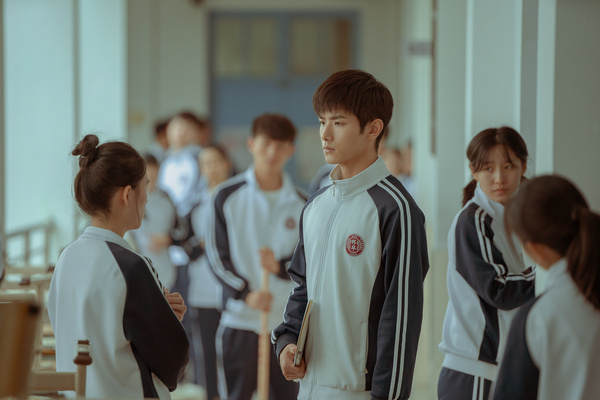 In the digital world, which recreates his senior year in high school, Xia, then 17, also "reunites" with his teachers and classmates, where he not only recognizes the value of friendship, but also finds romance.

"The domestic market has seen a lot of films and TV series about high school or college students in recent years. Although the genre is popular among youngsters, they have become fed up with cliche plot lines," says Guo, who has worked in the television industry for a decade."We have tried to add some rarely-featured elements, such as the VR experience, to bring a fresh touch to the genre, and we are satisfied to see the mostly positive online feedback."

To achieve the desired effect, the director says that the script was revised 10 times over two years.

Gathering a young cast led by actor Zhao Yiqin and actress Li Haofei, the TV series was shot from November to January in Shanghai and Hengdian World Studios－dubbed "Chinese Hollywood"－located in Zhejiang province.

Yu Zheng, chief producer of the series, says that he selected the two leading actors while he was their mentor when they were contesting the reality show Real Actor.

"Joining me as the mentors were established actors Zhang Songwen, Francis Ng and actress Zhang Jingchu. Their experience on discerning acting talent was very helpful to me in the casting of Consummation," recalls Yu.

Li Qian, distribution director with Huanyu Entertainment Co Ltd which produced the series, says it has grabbed the attention of several overseas broadcasters and foreign distribution is being negotiated.

"Our company seeks to introduce more Chinese dramas to the international market－we have created some hit TV series, which found popularity abroad, such as Story of Yanxi Palace and Winter Begonia," says Li Qian.

Despite productions rooted in Chinese culture and history being welcomed in overseas markets, Li Qian says she believes Consummation, which creatively interweaves suspense with sci-fi elements, may hook the under-25 viewership.