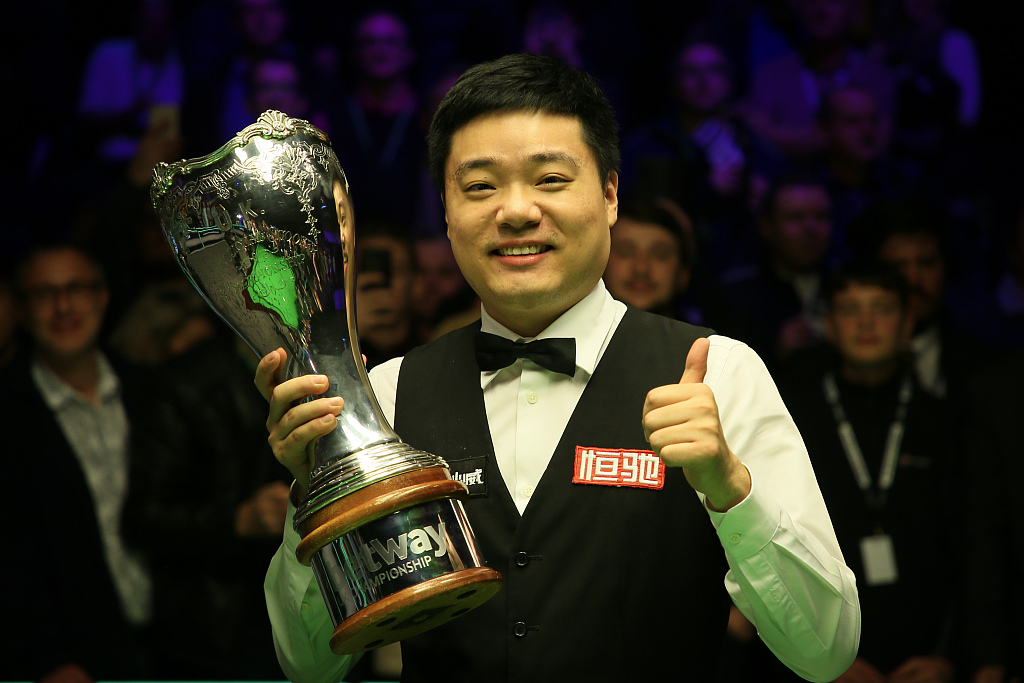 The win represents Ding's first ranking event title for more than two years and secures his place in the Masters in January.

"I have had to wait a long time to lift a trophy again, and this is a big one," said Ding, who has shown a recovery of form in York where he ousted defending champion Ronnie O'Sullivan 6-4 to grab a quarterfinal berth.

The 32-year-old started the final in style, taking a 4-0 lead before Maguire pulled three frames back. The Chinese player grabbed the eighth frame to lead 5-3 after the first session, and then extended his lead to 7-3 by winning the opening two frames of the second session.

Maguire fought back to reduce Ding's advantage by winning three frames with three breaks above 100, but Ding was calm enough to see out the match, notably producing a break of 131 in the 15th frame.

Having becoming a father last year, Ding said "It's a new world, a new life" to be with his daughter. Although he is training as hard as ever, these days he is more eager to return home after practise.

"My daughter makes me so happy that I don't feel too bad even without winning any titles for over two years," said Ding.