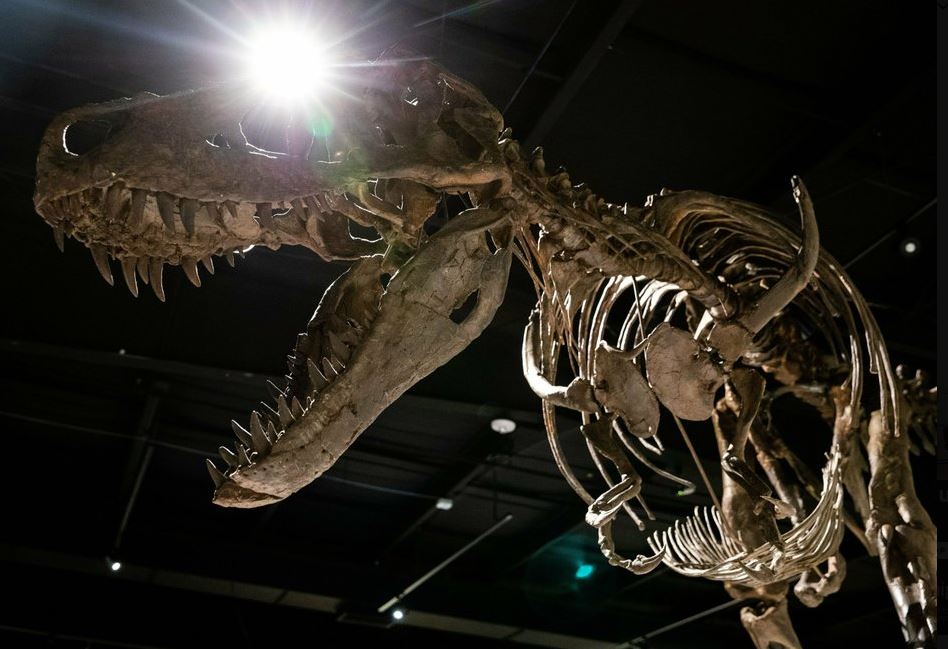 A Daspletosaurus Torosus replica is shown at The Durham Museum in Omaha, Neb. (File photo: AP)

WASHINGTON, Sept. 7 (Xinhua) -- US researchers have found that Tyrannosaurus rex, a carnivorous dinosaur, had a built-in "air conditioner" in its skull to keep a cool head.

The study published in the latest edition of the Anatomical Record showed that the two large holes at the roof of T. rex skull, previously believed filled with muscles to aid jaw movements, were not wholly muscular but instead housed vascular tissues that helped T. rex regulate its temperature.

"It's really weird for a muscle to come up from the jaw, make a 90-degree turn, and go along the roof of the skull," said the study lead researcher Casey Holliday, professor of anatomy at University of Missouri.

"Yet, we now have a lot of compelling evidence for blood vessels in this area, based on our work with alligators and other reptiles," said Holliday.

When the alligators are trying to warm up, the thermal imaging showed big hot spots in their holes in the roof of skull, but when it's warmer, the holes appear dark, showing that alligators have an internal thermostat, according to the study.

Then, they compared the imaging data with T. rex fossils and other dinosaur remains.

The immense body heat of large animals tend to overwhelm them in hot conditions, so they need a method to cool down, according to the researchers.

The researchers suggested that T. rex had a "thermal window" in its head like alligators and the special sets of blood vessels in their skulls, located near where the temple is, could act as a way to regulate brain and body temperature.

"Dinosaurs were likely more warm-blooded than we used to think, more like birds than lizards," Holliday said. "Being warmish-blooded would let them not rely on environmental temperatures as much, like cold-blooded lizards, but also control their own body temp through internal means."