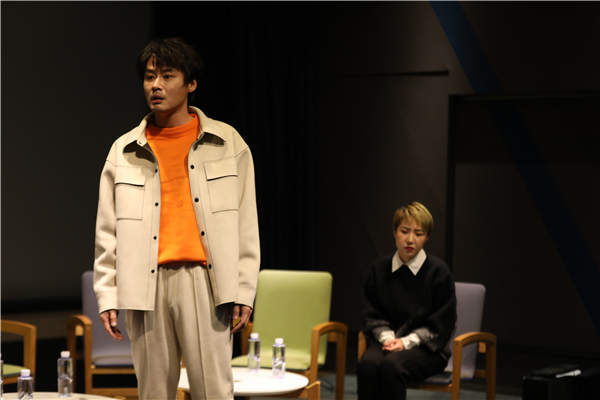 Le Malentendu, or The Misunderstanding, is a play written by French writer Albert Camus (1913-1960) in 1943. It focuses on a man named Jan, who has been living overseas for 25 years and returns home with lots of money, hoping to share it with his sister and his widowed mother. However, he does not reveal his true identity and his mother and sister do not recognize him. His sister and mother run a small hotel and make a gruesome living by killing rich travelers－a fate to which he eventually succumbs.

When director Yang Ting read the story, she was instantly hooked.

"Why not be honest with his sister and his mother? Why did the sister and the mother kill the man without recognizing him? Are they exhausted by killing?" These were just some of the many questions the director had in her head.

"It feels like snow and wind hit my face. It's a prickly pain," adds Yang, recalling her feelings while reading Le Malentendu.

Then, she decided to adapt the story into a Chinese play, hoping to further explore and discuss her questions with the audience. After months of preparation, the play will premiere at the Super Theater in Beijing on Friday and will be staged until Jan 17.

"I am intrigued by the writer's search for a form of tragedy with his work. When I read the story over and over again, it sparked the interest and imagination in a very timely way in the context of our present," says Yang. "It may sound absurd, but to me, it looks exactly like what we might read in the news today. 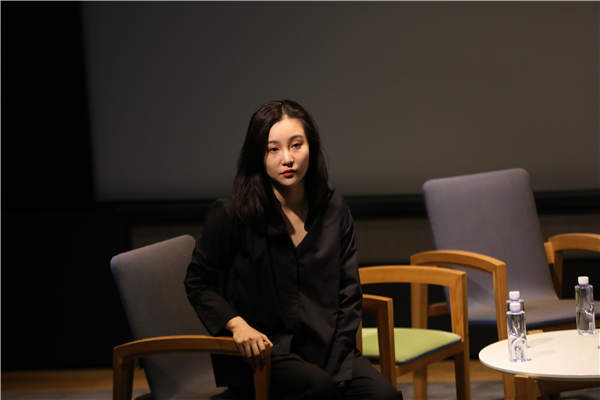 "Though the writer is dead, he is not silent. The questions Camus poses in his works need to be answered by every generation," Yang adds.

Graduating from the Central Academy of Drama in Beijing in 1995, Yang rose to fame as an actress, playing roles in popular Chinese plays, such as director Meng Jinghui's work, Rhinoceros in Love, and director Stan Lai's Total Women. In 2005, Yang launched a career as a director herself.

This is not the first time that Yang has adapted Camus's works into theatrical productions. In 2016, she adapted Camus's first novel, The Stranger, into a Chinese version, which received warm feedback from audiences and critics.

Yang notes that the plot of Le Malentendu resembles an article in a newspaper that the protagonist of the writer's 1942 novel The Stranger finds under his mattress in his prison cell.

Early last year, she initiated a project, titled Meet Camus, with an online script reading event during the 2020 Beijing Fringe Festival. It introduced three of Camus' works to the audiences: Caligula, Le Malentendu and Justes. 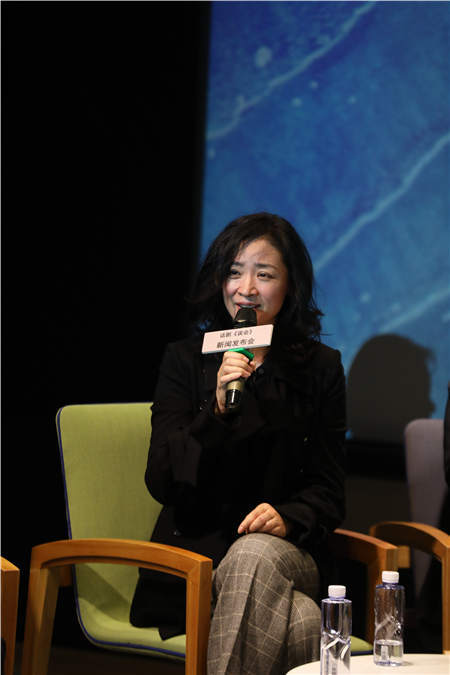 "One of my favorite parts of the play, Le Malentendu, is the sea. The mother and the sister want to get enough money to go and live by the sea, but they fail," says actress Yang Xue. "There are so many lines dealing with lying that some might think the play was newly written."

Composer Li Luka, who worked with Yang Ting on her play, The Stranger, has composed a piece for the new play Le Malentendu, with electronic music portraying the tragic and mysterious atmosphere.

"Camus has a large fan base in China with his well-known works, such as The Plague and The Fall. Le Malentendu will be the first play to be staged at Super Theater in 2021 and we are going to stage more Chinese plays adapted from classic novels next year," says Wang Zhaoyu, producer of Super Theater. The theater was launched in 2016 by actor-director Deng Chao and scriptwriter Yu Baimei. In 2018, the theater announced its second venue located in Gu'an, Hebei province.