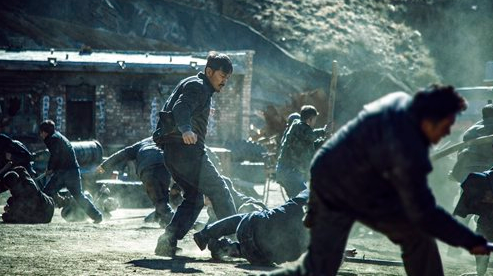 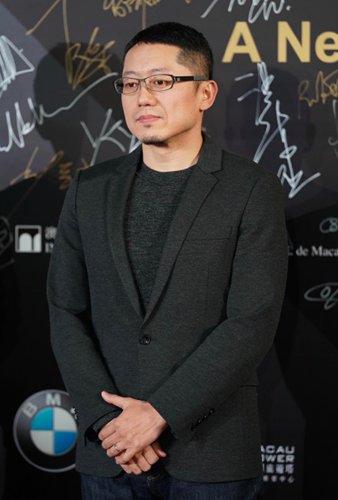 Wrath of Silence, the latest crime/action flick and second directorial work from Chinese director Xin Yukun, is set to hit Chinese mainland theaters in early 2018. After gaining critical attention at the FIRST International Film Festival in Xining, Qinghai Province and the BFI London Film Festival, the film took home the Jury Prize and the Best Actor Award for its lead actor Song Yang's performance at the International Film Festival & Awards - Macao last week. Xin rose to fame with his first feature film, suspense drama The Coffin in the Mountain, which won the Grand Prix award at the 30th Warsaw International Film Festival in Poland in 2014 as well as a series of awards and nods in China. While Xin's style earned him a place among China's new generation of art filmmakers in China, the fact that his 1.7 million yuan ($258,000) budget film made more than six times that amount at the box office (10.67 million yuan) has also made him a good example to learn from. In an e-mail interview with the Global Times, Xin talked about his experiences both inside and outside the Chinese film industry. Close to homeFollowing a mine worker as he searches for his missing son, Wrath of Silence explores the complicated relationships and web of interests among different factions - factory owners, workers, villagers - in the Chinese mining industry. Born and raised in Baotou, Inner Mongolia Autonomous Region, one the major northern hubs of China's mining industry, Xin naturally took an interest when news reports about mining industry disputes involving his hometown hit the news a few years ago. This eventually led to him taking an interest in the industry."I found out there were victims from different classes and accusations from people who each saw things from their own perspective," the 33-year-old director told the Global Times. "Running a mine touches upon the interests of a number of groups. When people fight for their own self-interest, human nature is exposed and [we see] deeper social [problems]. This motivated me to make a film elaborating on such a topic."The Coffin in the Mountain also took place in a rural setting. Xin explained that he chose this setting for both of his films not only because it is a place he is familiar with, but also since he feels that rural areas are left further behind by changes brought about by today's rapid development as compared to urban areas.  "In a very short time, people in rural areas have had to deal with urbanization and learn to accept various new things, which can be a huge challenge for them. Many villages are now like abandoned tribes as young people all head to the cities, leaving only the elderly behind. And as they pass away, the village dies too."  Surprise success While Chinese suspense films were long considered to be a niche product in China since a majority of them tended to be of low quality, recent years have seen an increasing amount of excellent films pop up in the genre, such as The Dead End(2015) and The Looming Storm (2017). The Coffin in the Mountain came at a time when the genre was still in a slump, so its financial success, despite starring a mainly unknown cast, came as a huge surprise to film industry insiders. "I think the film succeeded because it came at a time when many studios were making films that relied on pop stars to draw in audiences instead of a good story," Xin said."Audiences were starting to get fed up with so many of these films, so when a film with a good story came along, even if it had a small budget and a no-name director, they were thrilled." Xin explained that since today's film industry is much more accepting of art films, the problem young art filmmakers face now is not finding investors, but "having too many opportunities.""Filmmakers need to follow their hearts instead of blindly following whatever opportunity comes their way," he added.