CULTURE Disappearing biodiversity a challenge for food and agriculture

Disappearing biodiversity a challenge for food and agriculture

Rome (People’s Daily) - The biodiversity that underpins the world’s food systems is disappearing, which is creating a severe threat to humanity’s future, according to a UN agency.

The Food and Agriculture Organization (FAO) on Friday published the first-ever global survey on the state of biodiversity, presenting evidence that the biodiversity is disappearing.

Once lost, biodiversity for food and agriculture cannot be recovered, the FAO warned.

“Biodiversity is critical for safeguarding global food security, underpinning healthy and nutritious diets, improving rural livelihoods, and enhancing the resilience of people and communities. We need to use biodiversity in a sustainable way, so that we can better respond to rising climate change challenges and produce food in a way that doesn’t harm our environment,” said FAO Director-General José Graziano da Silva.

“Less biodiversity means that plants and animals are more vulnerable to pests and diseases. Compounded by our reliance on fewer and fewer species to feed ourselves, the increasing loss of biodiversity for food and agriculture puts food security and nutrition at risk,” Graziano da Silva added. 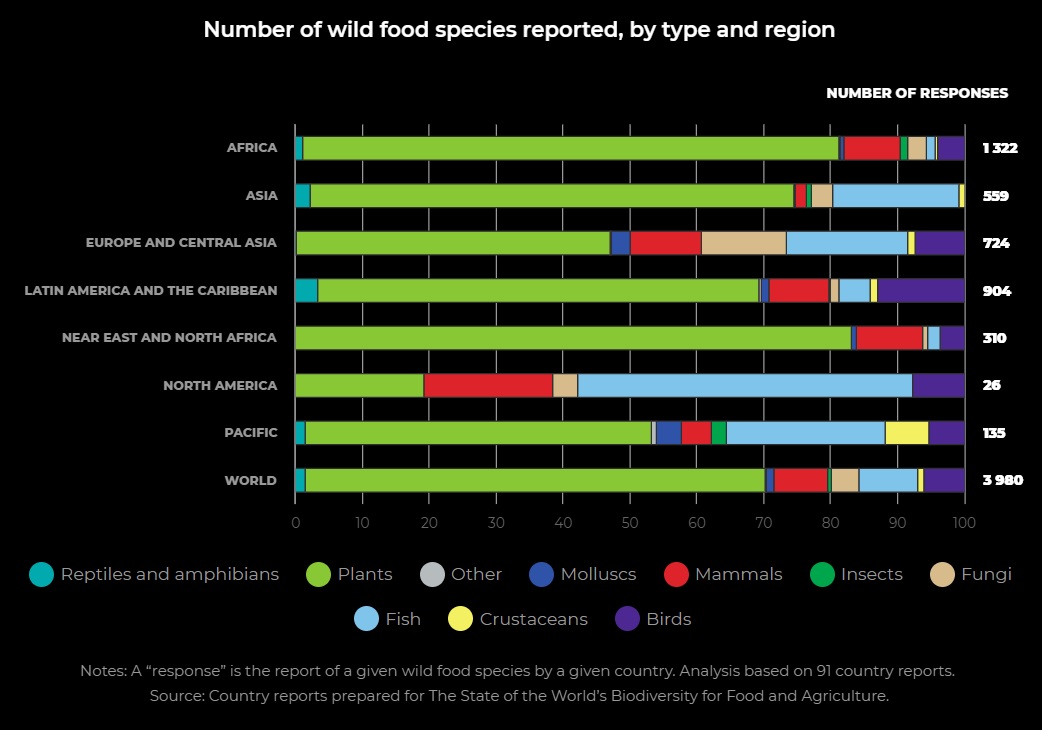 Figures source: fao.org "The State of the World’s Biodiversity for Food and Agriculture"

The report finds that wild food species and many species that contribute to ecosystem services that are vital to food and agriculture, including pollinators, soil organisms and natural enemies of pests, are rapidly disappearing.

Decreasing plant diversity in farmers’ fields, rising numbers of livestock breeds at risk of extinction and increases in the proportion of overfished fish stocks are also a danger.

Of some 6,000 plant species cultivated for food, fewer than 200 contribute substantially to global food output, and only nine account for 66 percent of total crop production. 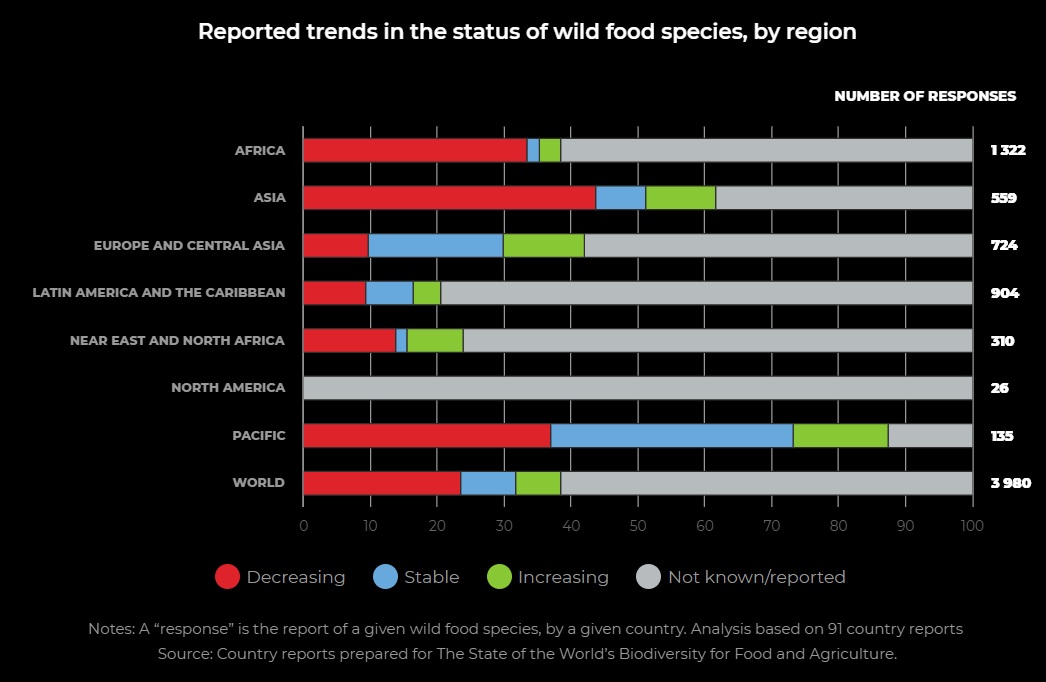 The world’s livestock production is based on about 40 animal species, with only a handful providing the vast majority of meat, milk and eggs.

Of the 7,745 local breeds of livestock reported globally, 26 percent are at risk of extinction.

Nearly a third of fish stocks are overfished, and more than half have reached their sustainable limit. 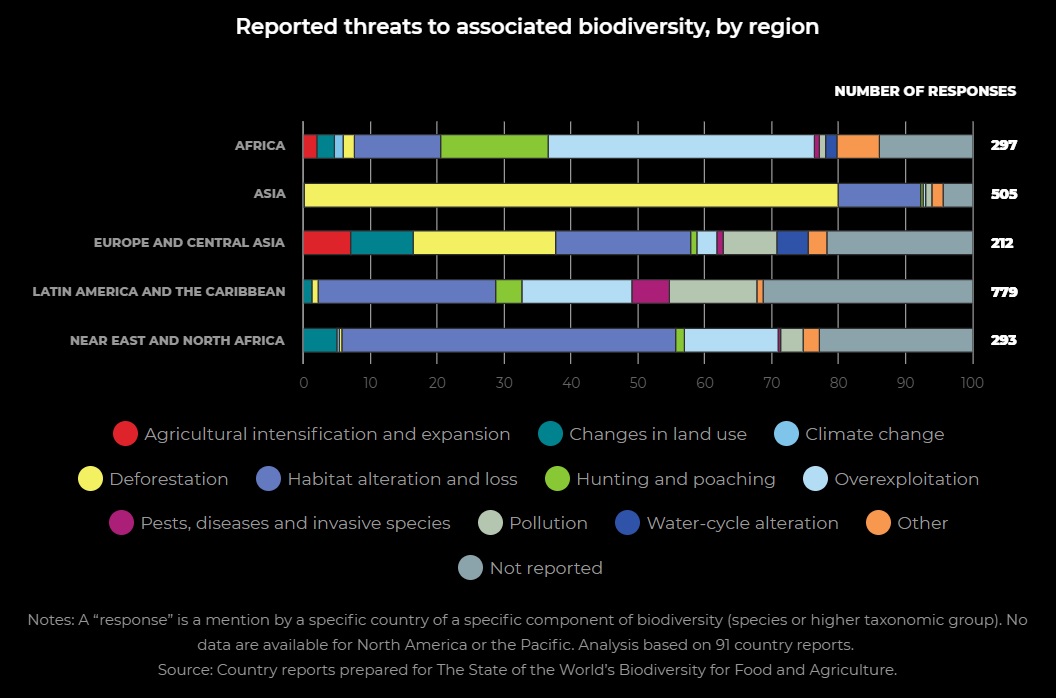 The driving factors of biodiversity for food and agriculture loss cited by most reporting countries are: changes in land and water use and management, followed by pollution, overexploitation and overharvesting, climate change, and population growth and urbanization.

In the case of associated biodiversity, while all regions report habitat alteration and loss as major threats, other key drivers vary across regions. Risks include overexploitation, hunting and poaching in Africa; deforestation, changes in land use and intensified agriculture in Europe and Central Asia; overexploitation, pests, diseases and invasive species in Latin America and the Caribbean; overexploitation in the Near East and North Africa, and deforestation in Asia, the report said.

Based on information provided specifically for this report by 91 countries, the report covers the analysis of the latest global data.