LOS ANGELES, March 12 (Xinhua) -- The Walt Disney Co. has postponed the release of its upcoming China-set live-action movie "Mulan" amid a global spread of the COVID-19 epidemic. 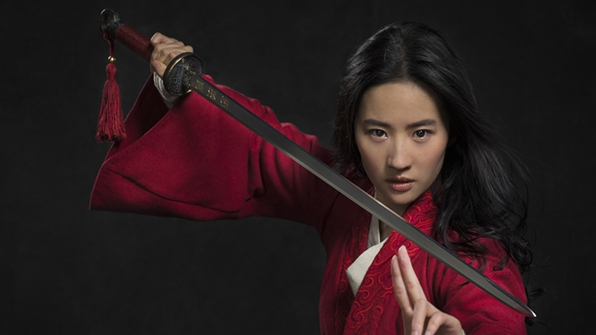 "We are so excited to share this film with the world, but given the current ever-shifting circumstances we are all experiencing, unfortunately, we have to postpone the worldwide release of Mulan for now," director Niki Caro wrote in a statement on the film's official Twitter page on Thursday.
The highly anticipated film was originally scheduled to hit U.S. theaters on March 27 with an early estimate of at least 85 million U.S. dollars in its opening weekend.
"Our hearts are with everyone the world over who is affected by this virus, and we hope that Mulan's fighting spirit will continue to inspire those who are working so hard to keep us all safe," she said.
"Making this film has been one of the most satisfying and exhilarating experiences of my entire career, and I've been so fortunate to be on this journey with some of the best cast and crew in the business, people who truly embody the attributes of Loyal, Brave, and True," the director added.
Without revealing a future release date, Caro said that "I can't wait for the day where we will all get to experience this tale of a girl warrior who became a legend together."
Based on the legend of an ancient Chinese heroine, Hua Mulan, the film is a live action adaptation of Disney's 1998 animated film of the same name.
Mulan, according to the folk legend, lived during a tumultuous era of the Chinese history more than 1,400 years ago. She disguised herself as a man to serve in the army in place of her aged father and fight for the country.
The film stars Liu Yifei as the title role following a year-long global casting, with Gong Li as a powerful and dangerous witch, Donnie Yen as an army commander, and Jet Li as the emperor of China.
In addition to "Mulan," a batch of Hollywood films, including the latest James Bond film "No Time to Die," "Quiet Place 2," and "Peter Rabbit 2," have been reportedly delayed, as the epidemic continues to spread.