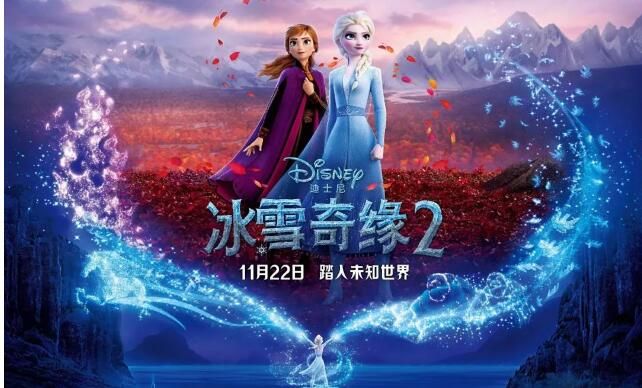 The previous record-holding film was the original "Frozen," which grossed 1.281 billion dollars worldwide. "Frozen 2" arrived six years after its predecessor. The film features the return of the Academy Award-winning team -- directors Jennifer Lee and Chris Buck as well as the voices of Kristen Bell, Idina Menzel, Evan Rachel Wood, Josh Gad and Jonathan Groff. It brings back Anna, Elsa, Olaf and Kristoff, as they venture beyond the kingdom of Arendelle to find out why Elsa was born with magical powers.