CULTURE Disney to release 'Hamilton' in July on its streaming service

Disney to release 'Hamilton' in July on its streaming service 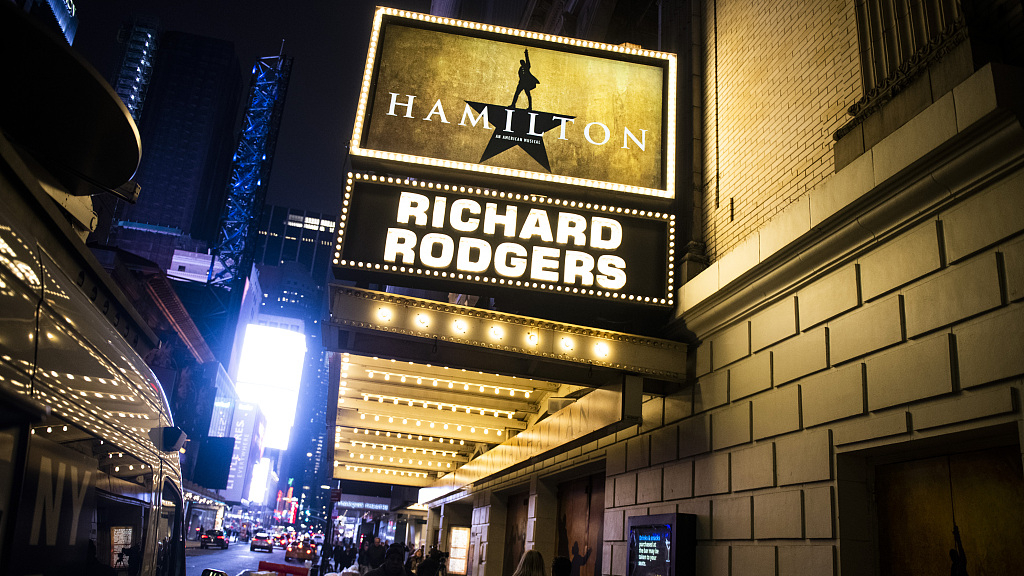 The Richard Rodgers Theatre, home to the "Hamilton" musical, is closed during a cancelled evening performance in the Times Square neighborhood of New York, U.S., March 12, 2020. (Photo: VCG)

Walt Disney Co. will release a film recording of the smash Broadway musical "Hamilton" on its streaming service on July 3, the eve of the U.S. Independence Day, the company said on Tuesday.

Disney had planned to debut the film, which features footage of the live show in June 2016, with creator Lin-Manuel Miranda and the original cast, in movie theaters in October 2021.

But the coronavirus pandemic, which has shuttered Broadway stages and cineplexes, has prompted Disney to adapt its programming strategy.

"In light of the extraordinary challenges facing our world, this story about leadership, tenacity, hope, love and the power of people to unite against the forces of adversity is both relevant and impactful," Disney Executive Chairman Bob Iger said in a statement.

"Hamilton" is a rap musical in which African-American and Latino actors play the founding fathers of the United States. It won 11 Tony awards and a Pulitzer Prize.