Western brides wear white wedding dresses to show their sincerity and purity to God. However,­ in China, under different cultural traditions, the colors and ornamentations of wedd­­ing dresses are all Chinese-style blessings.

In the more recent Republic of China (1912-1949), the wedding garments have a jacket above and a horse-face skirt below, according to He Yang, director of the National Costume Museum.

"Clothing presents an image in your eyes and gives you a feeling," said He, also the director of Beijing Institute of Fashion Technology. "For example, the color red gives you a festive feeling, and both colors gold and red create a festive and affluent atmosphere, so the two colors are indispensable for the wedding." 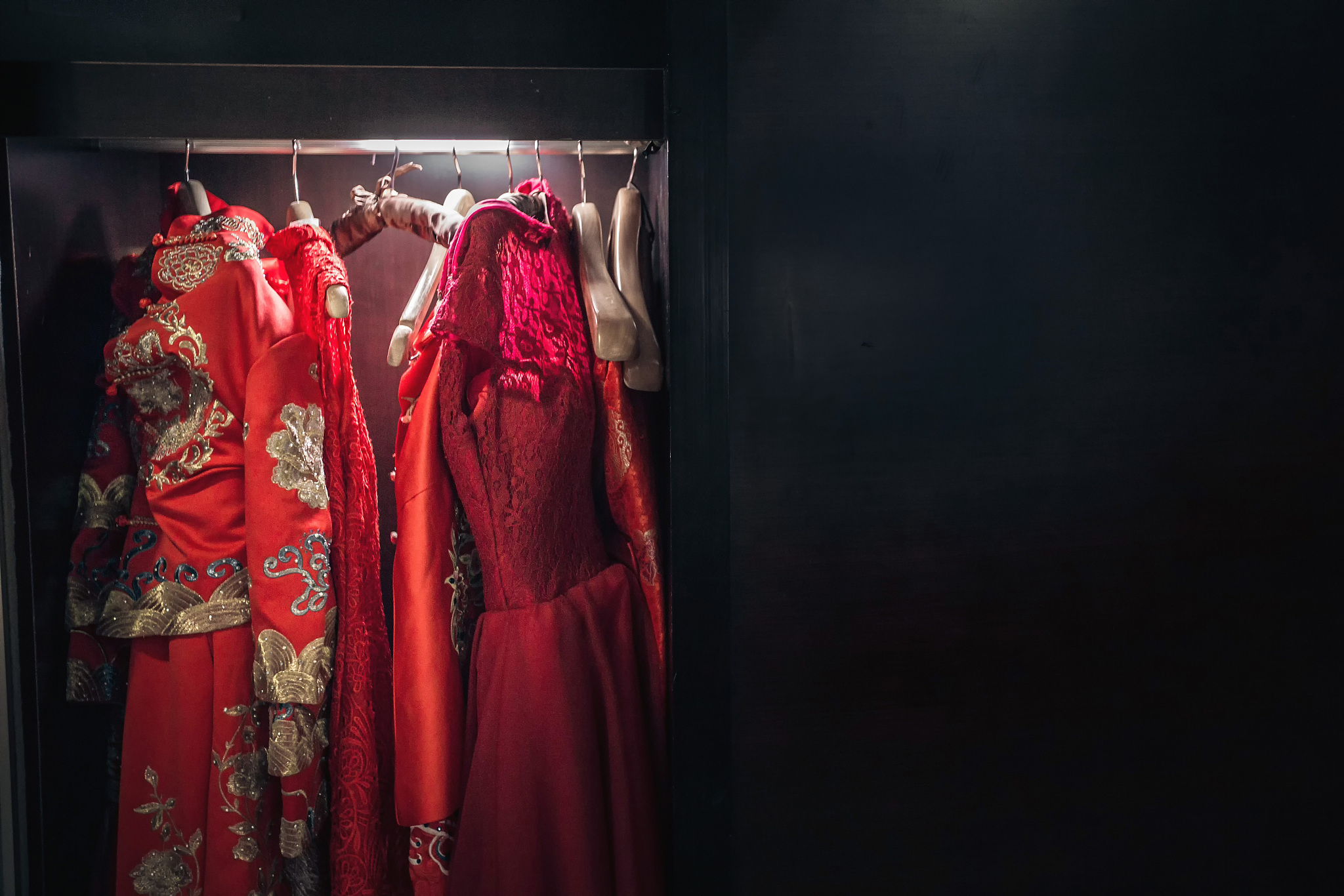 Blessings from Chinese people for newlyweds have been hidden secretly in the patterns of the wedding clothing. (Photo: CFP)

Western wedding dresses mostly set hemlines that trail on the ground behind the dresses, making the brides look charming and graceful like goddesses. While blessings from Chinese people for newlyweds have been hidden secretly in the patterns of the wedding clothing.

"In ancient China, marriage is the biggest event in life. The most commonly used pattern during the wedding period was the match of a dragon and a phoenix at the time," said Zhong Mantian, visiting professor at the Beijing Institute of Fashion Technology.

According to Zhong, some patterns of plants were also used. For example, peony flowers are a symbol of luxury. Lotuses on the wedding dress show the innocence of the new wives since lotuses live in the silt but are not imbrued. Moreover, it is also a symbol of many children and many blessings as when lotuses blossom, they bear seed pods with many seeds.

The social hierarchy in ancient China was very strict, but that was different when it came to wedding dresses. 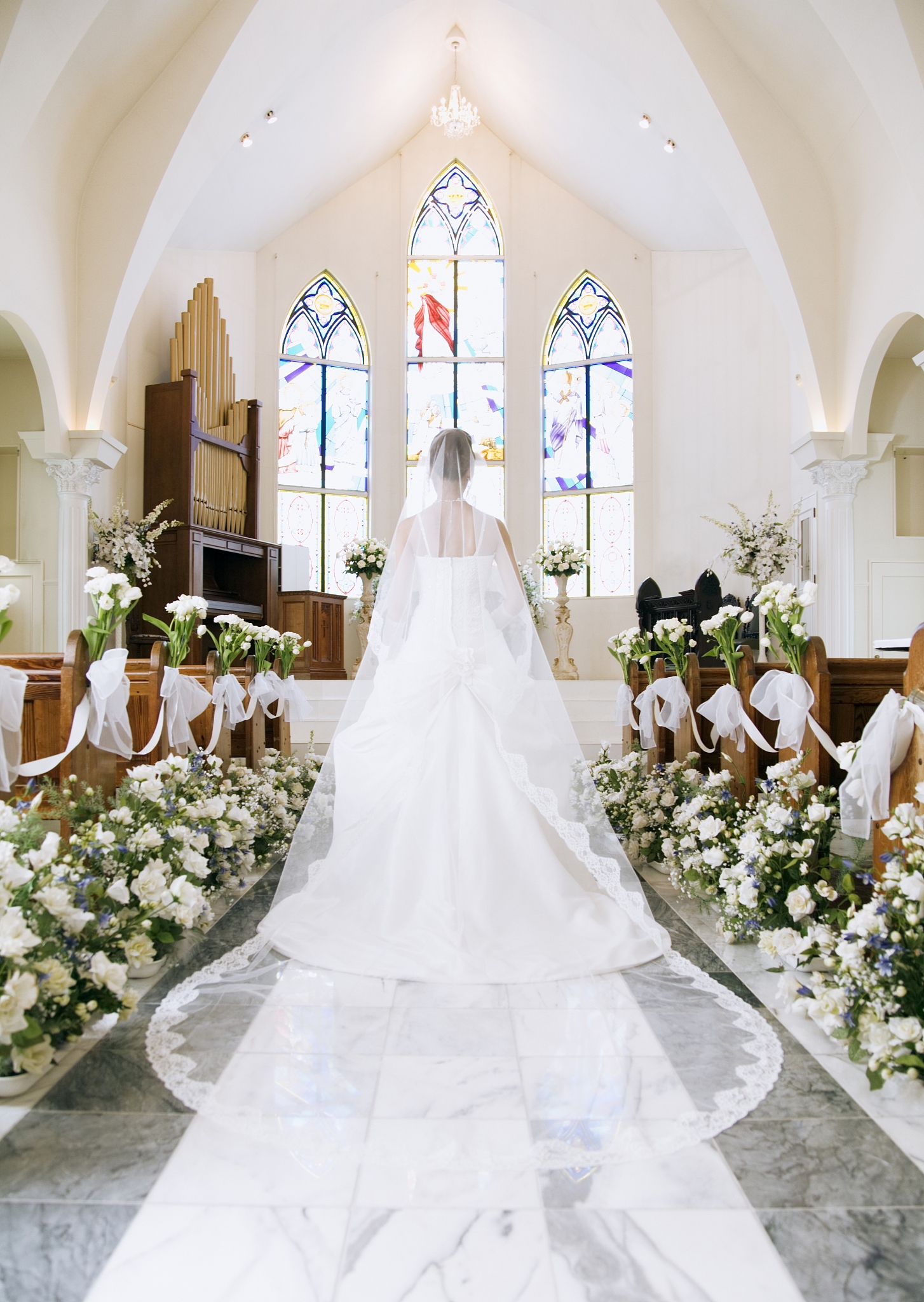 Western wedding dresses mostly set hemlines that trail on the ground behind the dresses. (Photo: CFP)

"For example, there were paintings of red-crowned cranes on women's wedding dresses, but in fact, only the wife of the highest-ranking official in ancient China was entitled to have a painted crane on her clothes," said Zhong. "However, on the wedding day, the civilian bride was allowed to wear the wedding dress with a painted crane, indicating that she was the highest-ranking lady at that moment."

Evidence of the blood connection between generations

"Besides color, pattern is also very important, as it can help create associations. The pattern of flower bouquets and piles of brocades symbolize wonderful things," said He.

There were many rules and traditions in ancient times. For instance, when a couple was married, there was a common wish of giving birth to a child as people believed that carrying on the family line and having more children will bring more happiness. In this sense, there are many patterns that symbolize these beliefs. 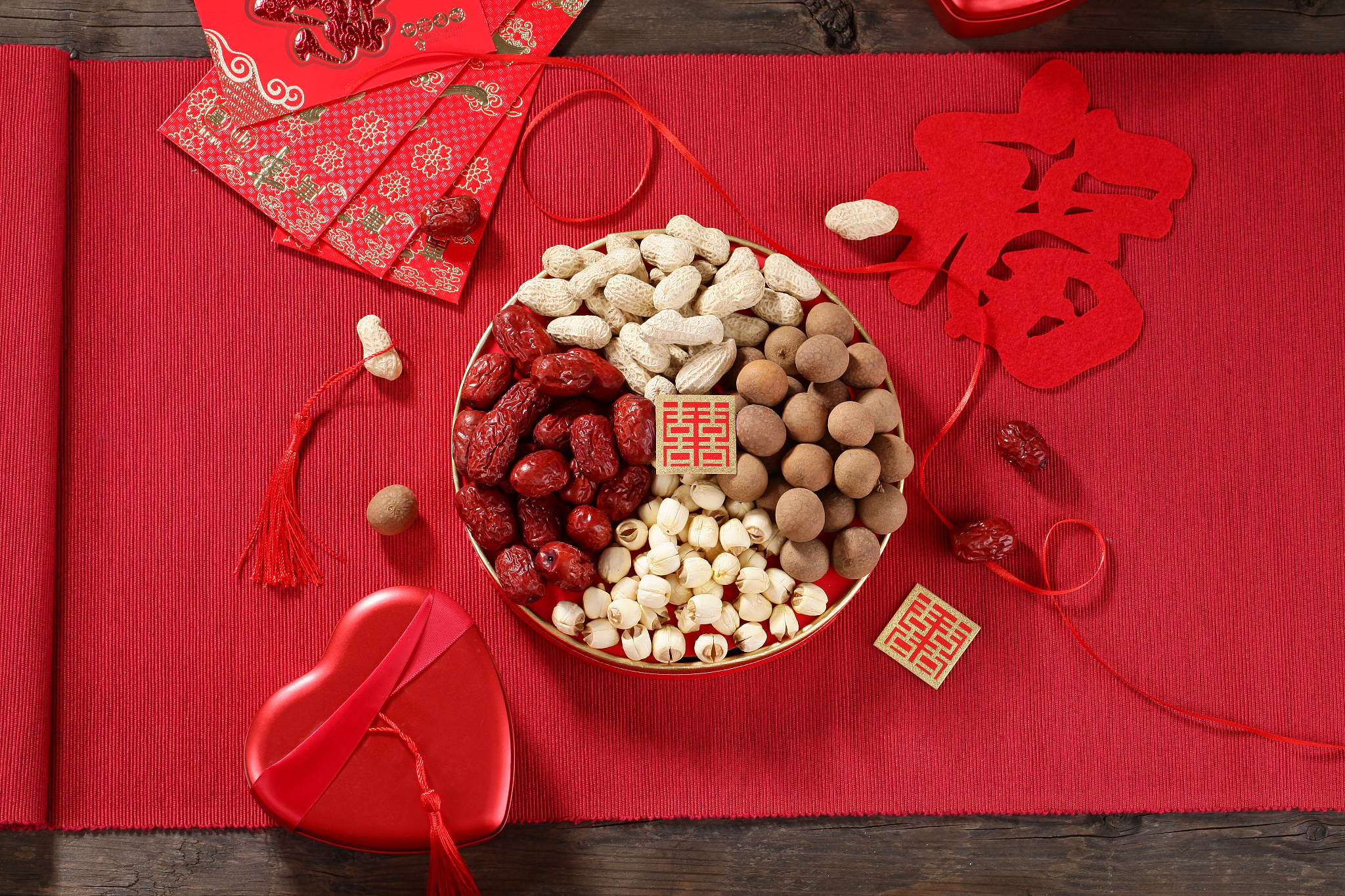 Many wedding offerings such as dates and peanuts symbolize the wish of having more babies. (Photo: CFP)

"In the ceremonious occasion of a wedding, there can never be too much decoration, because it should provide a ceremonious and luxurious atmosphere," she added.

In each period of time, clothing reflects characteristics of that time. Changes in the scenes of people's lives can have a lot of influence on the changes in our clothing.

"But there is a fundamental point when wearing these garments and it is to become more beautiful, present better taste, and appear to be richer, more charismatic and different. These goals will never change." She noted.

Chinese wedding clothing has been constantly changing throughout history, but the essence of it has not changed; it is the evidence of the blood connection between generations of Chinese people, and the inheritance of Chinese civilization.