Djokovic back from one set down to reach Qatar Open semifinals

DOHA, Jan. 3 (Xinhua) - World No. 1 Novak Djokovic won another gruelling battle in Doha on Thursday to continue his unbeaten start to the year and progress to the Qatar Open semifinals. 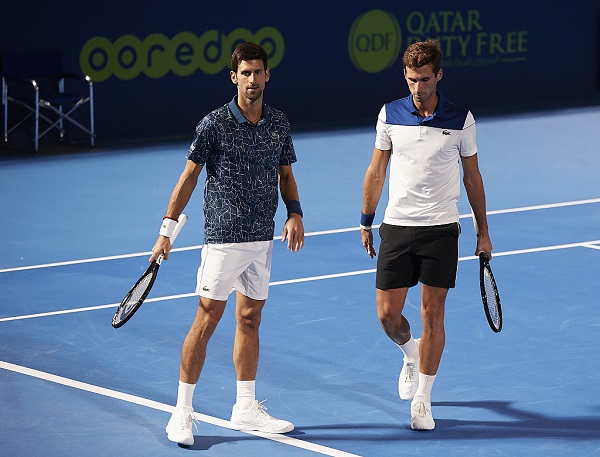 Novak Djokovic and Marko Djokovic of Serbia against Cem Ilkel of Turkey and Mubarak Shannan Zayid of Qata during day one of the ATP Qatar ExxonMobil Open at Khalifa International Tennis and Squash Complex on December 31, 2018 in Doha, Qatar. (Photo: VCG)

The Serb came from a set down, just like in his previous match, to beat Georgia's Nikoloz Basilashvili 4-6, 6-3, 6-4 in a match lasting almost two hours.

It was the first time Djokovic has won back-to-back matches from a set down since Cincinnati in August last year, a tournament he went on to win.

Also through to the semifinals is Tomas Berdych of the Czech Republic who brushed aside France's Pierre-Hugues Herbert 6-2, 6-4.