CULTURE Do Americans care about Britain’s next royal birth?

Do Americans care about Britain’s next royal birth? 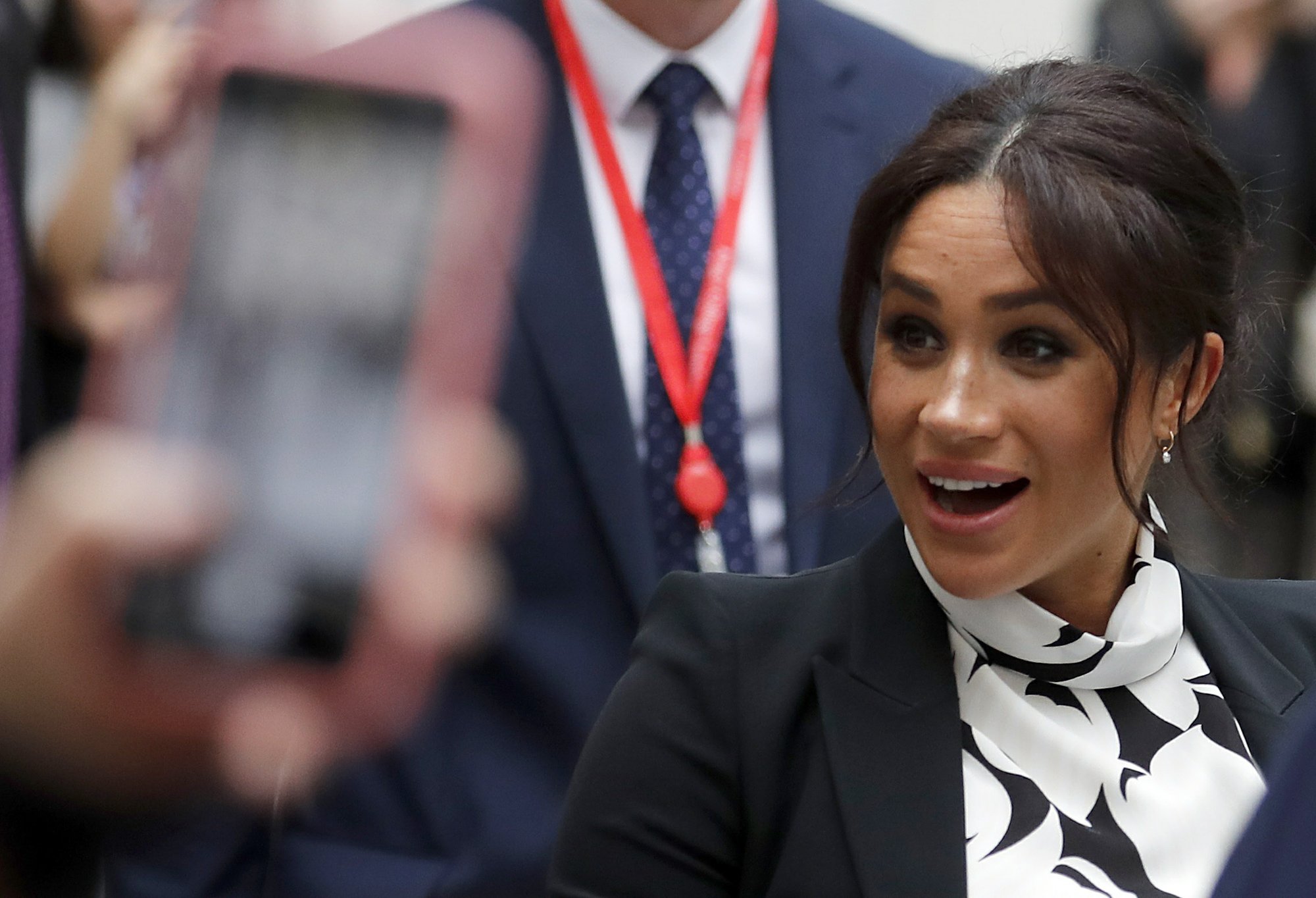 Gwynne Wilcox jokingly calls herself a duchess because she celebrates all things Meghan Markle.

The New York attorney wore a Markle mask in the office for Halloween and served scones to colleagues. If not for work demands, would have been one of those people standing outside a Manhattan hotel hoping to catch a glimpse of the pregnant Duchess of Sussex when pals threw her a recent baby shower.

Wilcox’s interest hasn’t waned a bit since the American actress wed Prince Harry last May 19, announcing her pregnancy nearly five months later. While some admirers in the US lost their must-see royal fervor after the big nuptials, plenty remain hanging on every tidbit about Markle.

Is it the Markle sparkle? Diana trickle-down? The days and days of drool-worthy designer maternity outfits? For Wilcox, it has a lot to do with race.

“I think it will be hard to beat the excitement of the royal wedding, but I do believe the royal birth is going to be very exciting on this side of the pond,” said Wilcox, who is African-American.

“The birth of the royal baby, whose mother is African-American, will be intriguing worldwide, especially given the history of England,” Wilcox added. “People will be excited to see who the baby looks like from birth and how the earl or lady’s personality will develop over time. ”

Markle, as a divorced, American, Roman Catholic-raised woman of color, has shaken up the British royal family tree with her modern sense of style and reported eco-friendly touches to her nursery. Her baby, expected in April, will fall seventh in line for the throne, right behind Harry.

There’s plenty of baby fever, to be sure, but the royal family warned recently it will block internet trolls on its social media channels and may report offenders to police amid concern about online abuse aimed at Markle and Kate Middleton, the mother of three as wife of Harry’s big brother, William.

Lately, much of the social media abuse has centered on rival fans of Markle and Middleton.

Colleen Gwen Armstrong, a publicist and pop culture blogger in New York, said she was very excited for the birth of Prince George, the first baby Cambridge and third in line for the throne, especially since “Waity Katie” took so long to snag William. But it’s Markle she’s really interested in.

“In my mind I picture her and Prince Harry having a girl and naming her Diana. That would be lovely. With all of her mystique, I’m very curious about what type of mother Meghan will be,” Armstrong said. “Part of Meghan’s allure is the fact that she’s done everything untraditional, which also includes her holistic approach to pregnancy, according to reports.”

The data analytics company Crimson Hexagon, which crunches data on public conversations playing out across the internet — from Twitter and Reddit to comment threads on blogs — counted more positive sentiment than negative in the US since announcement of the birth last October: 56 percent to 44 percent of more than 104,634 posts analyzed.

“While Meghan Markle is an American, the conversation surrounding the royal baby and her pregnancy is smaller overall than that of Kate Middleton, but the US is much more interested in Meghan than they are in Kate, evidenced by the fact that US volume doubles UK volume about Meghan, but UK volume about Kate was much higher,” the company said in a statement.

“I absolutely do not care! No, no, no. I don’t see why anybody should care,” she said. “Is anyone going to get richer, healthier or happier because somebody whom they have never met had a baby whom they will also never meet?”

Some who admired Princess Diana, the late mother of Will and Harry, have continued their warm embrace of the sons. Other fans of the Duchess of Sussex are close to her age, which is 37.

David Demko, a first-generation American born to Czech immigrants, is none of those things. He’s 70 and the Orange Park, Florida, grandfather of seven. He wishes all young couples well, including those expecting children, in celebration of the universals of the human experience.

“What is not universal about a ‘royal’ birth is its opposition to our cultural notions about equality and equal opportunity,” he said. “We in the USA live in a culture where social status is earned, not ascribed at birth.”

Is it a man-woman disconnect rather than a generational one? A royal birthing fatigue, considering Middleton has already given birth three times?

Nicholas Corlis, 24 who lives in Houston, Texas, is among those not captivated.

“I do not care about what the royal family does because they have little to no effect on me, and US politics are already wild enough for me to keep up with,” he said. “I just see them as another rich family. I think keeping up with the royal family is often more appealing to women because they can picture themselves in Markle’s shoes.”

He holds no ill will, however: “I’m happy for Markle and relate to her being American, I suppose, but I don’t think that really matters. I don’t see their marriage as some kind of achievement representative of our country.”