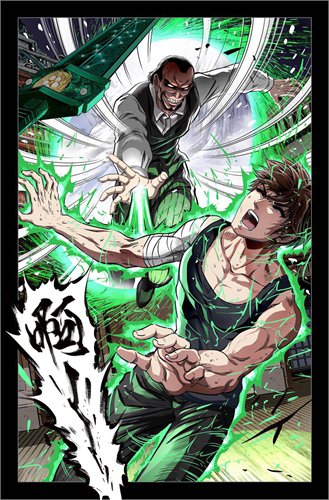 (Photo: Screenshot of a panel from issue six of Sword Master)

A classic Marvel hero made his Chinese debut in the pages of the latest issue of Sword Master, one of Marvel Comics' Chinese language superhero comic books co-produced with Chinese online comic platform NetEase Comics.

At the end of the comic's sixth issue, Doctor Strange appeared from one of his magical teleportation circles to help Chinese hero Lin Lie fight against Baron Mordo - one of the Doctor's biggest enemies - and prevent the evil magician from stealing Lin's Fuxi Sword.

"This makes me look forward to the debut of more Marvel superheroes in the future!" commented one fan on the Chinese platform.

Marvel Comics' editor-in-chief C.B. Cebulski said in a statement sent to the Global Times on Wednesday that Marvel editors worked to ensure the issues were "true to the Universe and the characters acted like Marvel superheroes" while the Netease team worked to guarantee "that they were culturally accurate to Chinese history, Chinese culture, Chinese folklore and would be familiar to Chinese readers."