CULTURE Doctor Who is role of my life, says Jodie Whittaker

Doctor Who is role of my life, says Jodie Whittaker 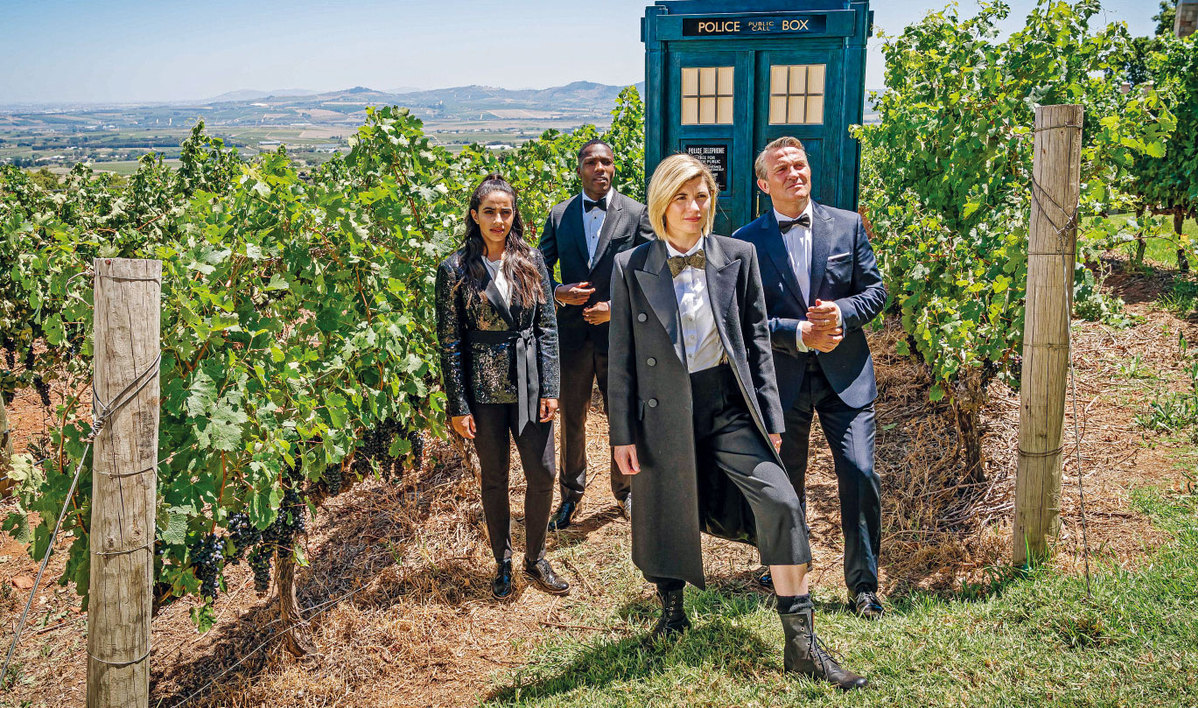 Doctor Who actress Jodie Whittaker has told China Daily that the lead role in the hugely popular time-traveling science fiction series is the closest she has ever played to her own personality－when she had expected it to be the opposite.

This weekend sees the finale of Whittaker's second series as the 13th different actor to play the role of the regenerating Time Lord character, who for years has thrilled millions of fans around the world, including in China, traveling through time and space battling evil.

"Thinking this part was going to be the furthest removed from who I actually am was so naive, it's the closest role to my personality I've ever done," she told China Daily in an exclusive interview. "I would have begged to be seen for the role, but I don't think I would have been had Chris (show runner Chris Chibnall) not known me personally. From roles I'd played before, you wouldn't think 'she's hyper and energetic', but if you know me as a person in between scenes and you've seen that side of me, it makes sense."

The pair previously worked together on three series of British TV thriller Broadchurch, in which Whittaker played the mother of a missing boy, far removed from her current role.

Chibnall says it was knowing her personally that inspired him to think about casting her.

"I wasn't the only one to make the decision, but after about 20 minutes of her audition, it was clear that Jodie was the one－she brought the character in with her," he said.

When it was first broadcast in 1963, Doctor Who was intended as a historical education drama series, and, despite its huge success as a science fiction fantasy, Chibnall has made a conscious effort to reintroduce that element, with Whittaker encountering figures such as inventor Nikola Tesla, civil rights activist Rosa Parks, and poet Lord Byron on her travels.

"If you're taking over a show like this, you have to think about its DNA and its essence," he said. "There are many other great sci-fi fantasy shows but none of them can go from battling space monsters to meeting Lord Byron. That's something I love about this show."

Plotlines are subject to intense secrecy, and Chibnall said nothing excites him like knowing what surprises viewers will discover when they sit down to watch.

"We work unimaginably hard with every person involved at every stage to keep the secret," he said. "In one episode this series, we brought back one of the old monsters, and then a character called Captain Jack, which were massive mis-directions for what happened in the second half of the episode, so it was great to know people were watching, thinking that's the big surprise, but knowing there was another one coming."

The big surprise in that episode was the introduction of a character called Ruth Clayton, played by actress Jo Martin, who it emerged had been a previous incarnation of the regenerating Doctor.

"My favorite thing so far was the outpouring of love for Jo," said Whittaker. "We worked so hard to keep that storyline a secret, knowing we had this massive thing up our sleeve, and the response was so exciting."

As the show's senior creative, Chibnall has a very hands-on role.

"I storyline every episode and I'm involved from the first moment with every other writer," he said. "We channel their ideas and subjects they what to write about but I'm really involved. It's all very sculpted to the overall arc of the series and what will be Jodie's time on the show."

Having encountered the Doctor's most famous opponents－the Daleks－in her first series, and also met her own incarnation of the character's nemesis known as The Master, this weekend's series finale sees Whittaker come up against the third classic enemy, the Cybermen.

"As exciting as it is to meet new monsters, going into the toybox and getting the classics out－that feels really special, like you've completed something," she said.

Chibnall grew up as a huge fan of the show, and he said a knowledge of the past is essential for shaping its future.

"You need to know the past, but not be slavish and repeat it－you don't come into it as a fan, you come in as a writer and a producer but with a love for it," he said.

"My job is to connect with the world and audiences of today. There has to be a reason to do new episodes, and Jodie gives the story a whole new pathway it's not been down before."