BEIJING, Sept. 9 (Xinhua) -- Season 2 of a TV series documentary on China's achievements in cutting-edge science and technology and the scientists and engineers behind them started filming on Friday. 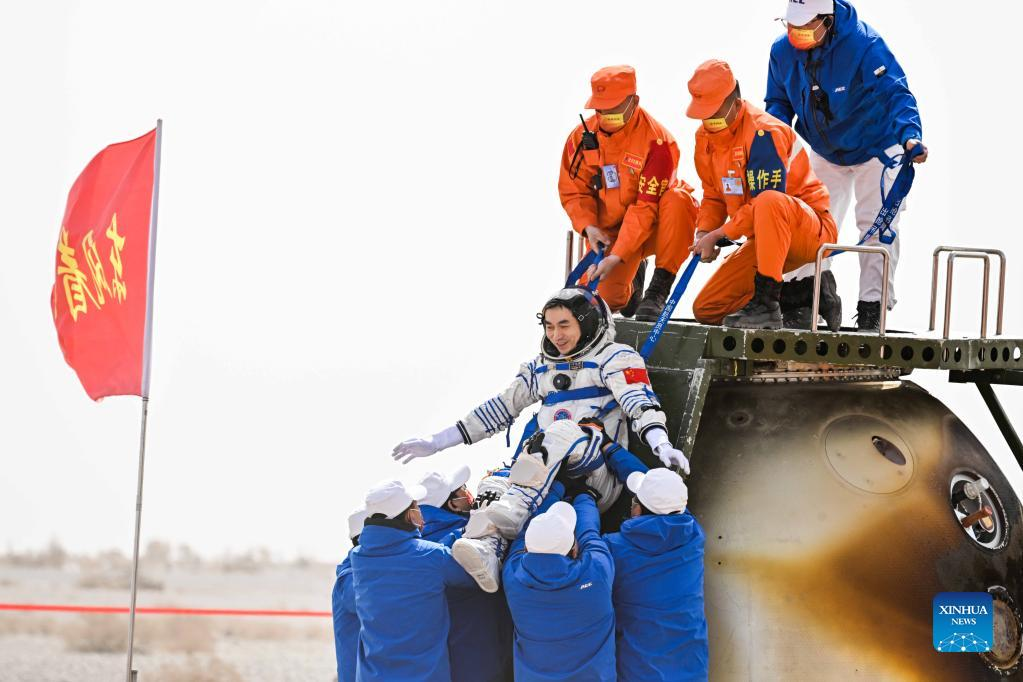 Astronaut Ye Guangfu is out of the return capsule of the Shenzhou-13 spaceship at the Dongfeng landing site in north China's Inner Mongolia Autonomous Region on April 16, 2022. (Photo: Xinhua)

The China Center for International Communication Development under the China International Publishing Group, the film's co-producer, announced at the launch event the kickstart of the three-episode documentary that will explore China's science and technology advances from the perspectives of life, our planet, and civilization.

Michael Lachmann, a British documentary producer, is tasked to direct the new series.

"In the past decade, China has become one of the major contributors to scientific and technological progress in the world," said Lachmann. "Chinese science is not something we know much about in the West, so joining this production was an amazing opportunity to discover these amazing projects."

Future Fantastic: China's Science Revolution, or Season 1 of the documentary series, was on show on the Discovery Channel in 2021.