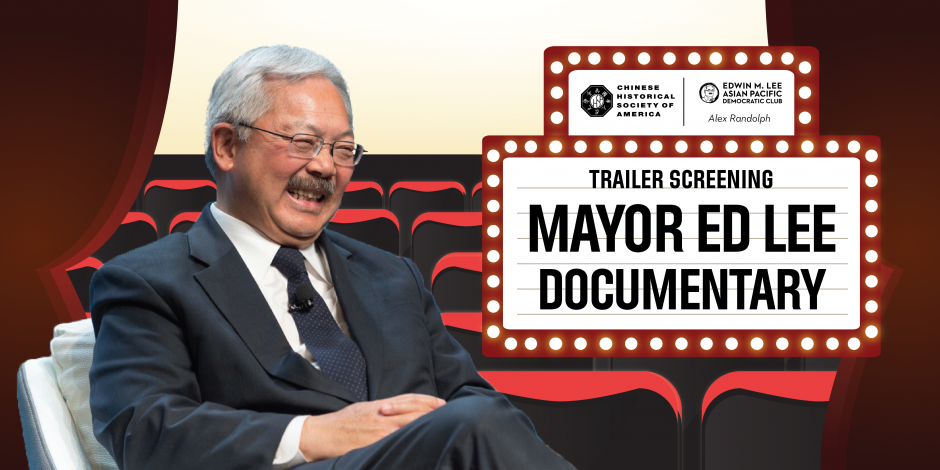 A documentary film for remembering the legacy of Ed Lee, the first Chinese American mayor of San Francisco, has been selected for an acclaimed film festival and scheduled for more screenings in the United States.

The film "Mayor Ed Lee" is sponsored by the Chinese Historical Society of America (CHSA), an organization dedicated to the preservation of the history and contributions of Chinese Americans in the United States.

The film has been selected for the San Francisco International Asian American Film Festival in May, Jane Chin, interim executive director of CHSA, said on Friday.

Aside from the screening at the film festival, there are plans to show the film for the film's donors and Lee's family members in San Francisco and Seattle, Washington State, she said.

Born in Seattle to Chinese immigrant parents, Lee graduated from the law school at the University of California, Berkeley. He worked at the Asian Law Caucus for 13 years.

"While at the Asian Law Caucus, Ed worked on many key cases, including a rent strike by the Ping Yuen Housing Project tenants to demand better living conditions," said Chin. "Ed's work with these tenants led to victory, and he went on to continue to work to improve the quality of lives of those living in Chinatown."

"As a mayor, his relations with China were very strong. Whenever and wherever he visited China, he was welcomed, and he appreciated the gracious manner in which he and his traveling companions received," said Chin. "He was quick to return the hospitality whenever Chinese officials visited San Francisco."

In June last year, when the CHSA launched the documentary film project, they had hoped to raise 50,000 U.S. dollars at GoFundMe.com, a popular crowd-funding platform based in the Bay Area, about 43 km south of San Francisco. Now the organization has raised nearly 103,000 dollars from 117 donors in eight months.

"The funds will be used to further enhance the film. We are still interviewing key individuals who had a special relationship with Mayor Lee," said Chin.

"Also, we intend to make the film available to schools so that students can learn about this remarkable man and this will entail editing the film to make it shorter in run time to meet classroom time constraints," she said.