The US Department of Justice has launched an investigation  into sexual abuse in US Olympic sports, becoming the latest federal agency to probe failures in the country's Olympic organizations, the Wall Street Journal reported. 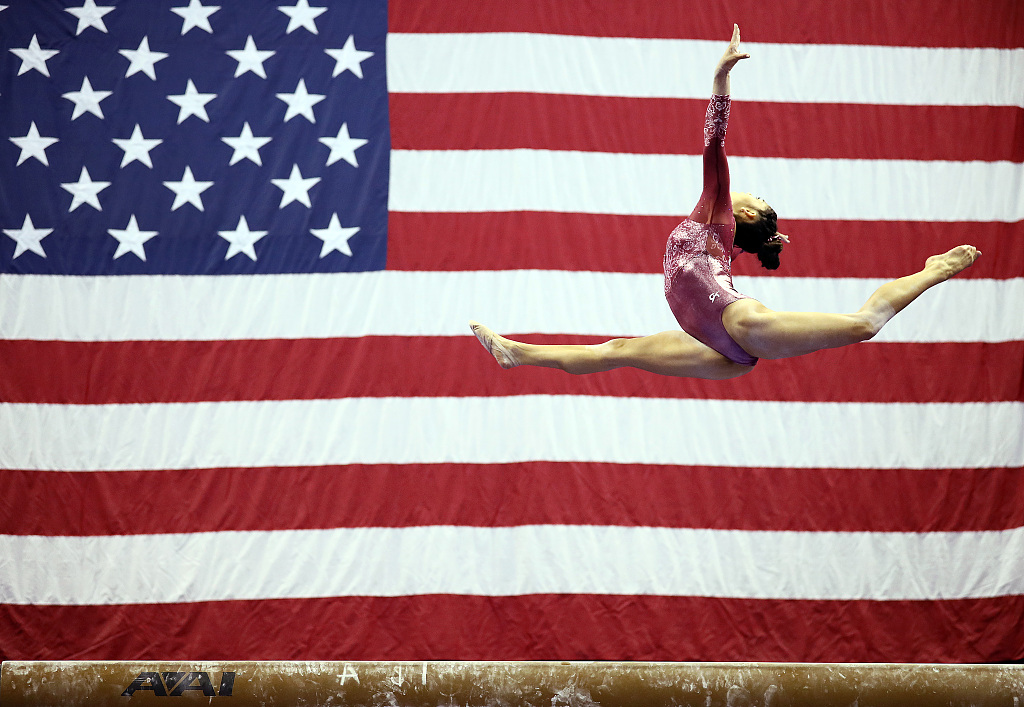 Kayla DiCello competes on the balance beam during the Women's Junior competition of the 2019 US Gymnastics Championships at the Sprint Center on August 11, 2019 in Kansas City, Missouri. (Photo: VCG)

The investigations, which focus mainly on USA gymnastics, stems from the Larry Nassar scandal.

Nassar, the longtime USA gymnastics doctor, has been accused of abuse by more than 350 girls and young women, including Olympic champions Gabby Douglas, Aly Raisman and Simone Biles.

Nassar was arrested and charged with federal child pornography and state sexual abuse, and is serving an effective life sentence after a guilty plea.

The Journal did not say when the investigation started or when it is expected to wrap up.

But quoting a source, the newspaper said the Department of Justice is looking into, "failures in the Olympic system, writ large, to respond to signs of widespread child abuse."

The Journal said prosecutors have already interviewed some witnesses and have collected documents from the US Center for Safesport -- a body set up two years ago to handle reports of abuse in American sports.

In a news conference with reporters on Friday afternoon, USOPC chief executive Sarah Hirshland and chairperson Susanne Lyons both refused to answer questions about the  Journal story.

"Every instance related to potential or actual abuse of athletes warrants thorough investigation. We have cooperated with all government inquiries and will continue to do so," USOPC spokesman Mark Jones said in a prepared statement.

Jones then led off the news conference with a warning that any questions about alleged widespread child abuse would be followed by the same answer.

The US Olympic organizations have been rocked by a series of sex abuse scandals for more than a decade.

Sports such as swimming, taekwondo, speedskating and judo have all been taken to task over failures to handle abuse accusations even before the Nassar scandal made headlines.

The mishandlings have been the subject of internal and Congressional probes and now the Justice Department has thrown its hat in the ring, according to the Journal.

Asked on Friday if internal staffing changes are an attempt to ward off further federal investigations, Lyons said, "We worked closely with Congress last year in putting together some of their suggestions. We have a lot of outsiders helping us look at what some of the root causes are."