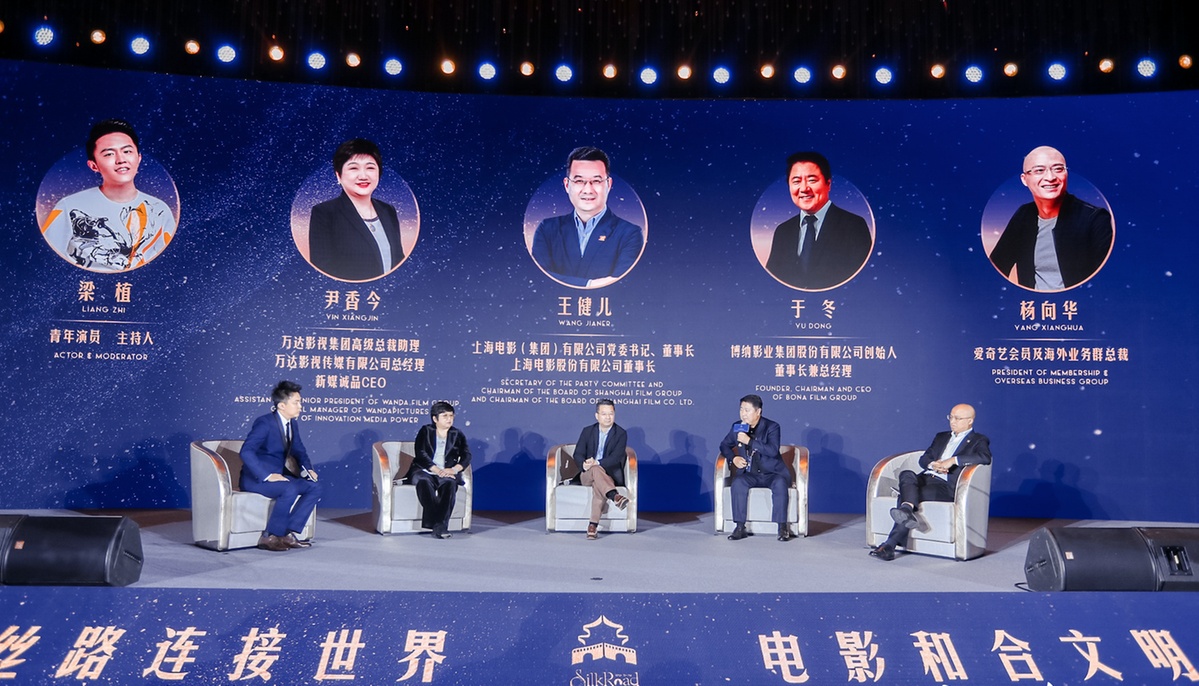 The Chinese film market is discussed at the Belt and Road Forum for Film Cooperation and Development in Xi'an, Shaanxi province, on Monday. (Photo: chinadaily.com.cn)

The film market in Shaanxi province regained momentum during the eight-day National Day holiday this year, with more than 2.29 million viewers making a contribution to a box office take surpassing 100 million yuan ($14.9 million). The holiday boosted the confidence of filmmakers, a senior Shaanxi provincial official said on Monday.

"The pandemic has put China's film market to the test, revealing that we still have some problems and shortcomings in film production and theater service management," said Wang Jide, director of the Shaanxi Provincial Film Administration.

"There is an urgent need for high-quality development to achieve an industrial upgrade and transformation of the film sector."

Wang, who is also executive vice-minister of the publicity department of the Shaanxi Provincial Committee of the Communist Party of China, made the remarks during the Belt and Road Forum for Film Cooperation and Development. The forum was held in Xi'an, Shaanxi, as part of the ongoing 7th Silk Road International Film Festival.

Industry insiders and filmmakers expressed a range of thoughts on the post-pandemic film pattern in China.

Yang Xianghua, president of the membership and overseas business group of iQiyi, an online video platform based in Beijing, said the overseas market is a business sector that his company values a lot.

"In the future, how to make Chinese films go global and better communicate with other countries will be a key focus for us," Yang said.

Yu Dong, chairman and CEO of Bona Film Group, said that if more Chinese films are going overseas, lots of effort should be made to protect the rights of the films and establish their own copyright awareness and channels overseas.

"In the next step, strengthening copyright awareness and cracking down on piracy seems particularly important for the development of Chinese films," he said, adding that when domestic films have an absolute advantage in the film market, audiences will no longer rely solely on imported movies. That is also a way of showing the country's international influence.