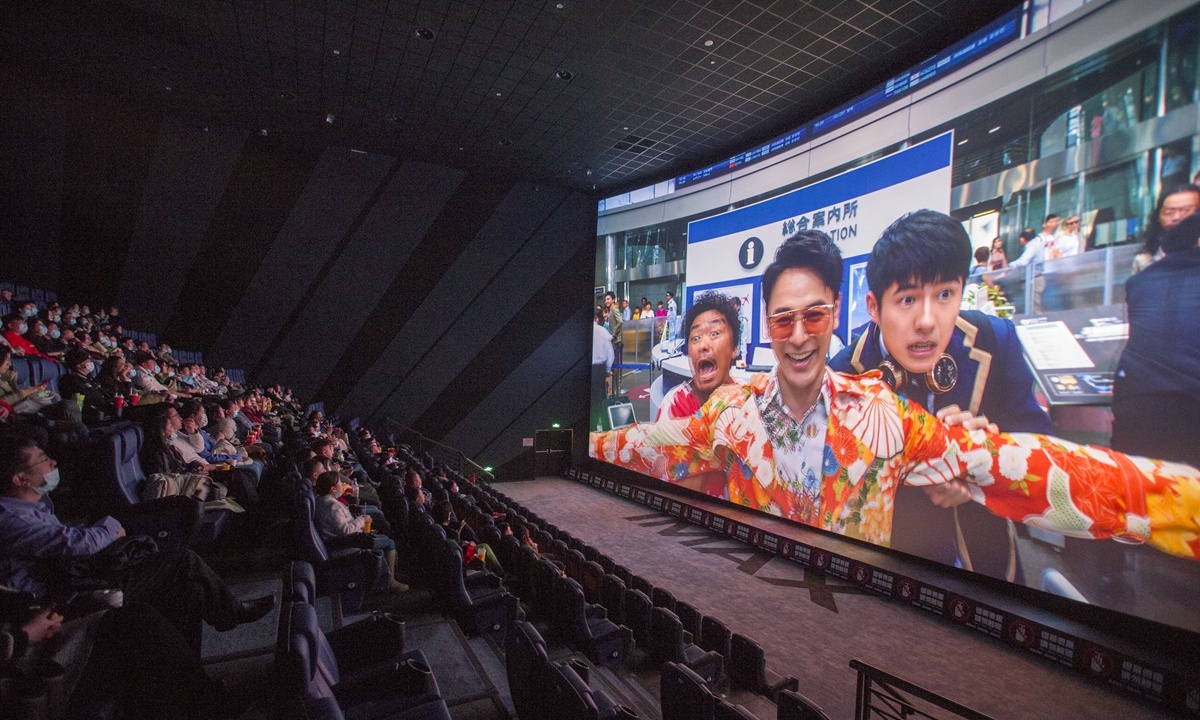 Moviegoers watch Detective Chinatown 3 at a cinema in Taiyuan, North China's Shanxi Province on the first day of the Year of the Ox. Chinese box office hit a new record of more than 7.5 billion yuan ($1.16 billion) during the Spring Festival holidays as of Wednesday. (Photo: cnsphoto)

Dominated by domestically produced films, the Chinese mainland movie market took in more than 1 billion yuan ($150 million) per day for five consecutive days in the Spring Festival holidays, as watching a movie became the first choice for many people who stayed in their work cities for epidemic control reasons.

Some observers said that the Chinese market will have more to explore for viewers if more quality domestic movies can be released, as film production and screenings in North America and Europe are heavily affected by the pandemic.

As watching movie becomes a new custom for many families during the Spring Festival, the seven-day holiday period has become the most important movie season in China.

A Beijing resident surnamed Liu, who watched three films in cinemas during the Spring Festival, told the Global Times on Wednesday that even though ticket prices had doubled and there was a 50-percent capacity cap, the cinema was extremely crowded.

Ticket platform Maoyan showed that the average price of a ticket during the holidays was 50 yuan nationwide, while the ticket price in Beijing was about 100 yuan.

Zhuang Xitu, an industry insider, told the Global Times on Wednesday that because of the COVID-19 epidemic, there was almost no decent movie season in 2020. China's huge audience has been waiting for the proper time to start attending cinemas again, and the Spring Festival provided the opportunity.

Moviegoers reached by the Global Times in cities like Beijing, Shanghai and elsewhere said that checking of body temperatures and health codes have been adopted. People were also reminded to wear masks during the movie.

Some critics noted that the stories told by movies in the 2021 Spring Festival season were popular and welcomed by audiences in first-tier cities as well as those in third- and fourth-tier cities. 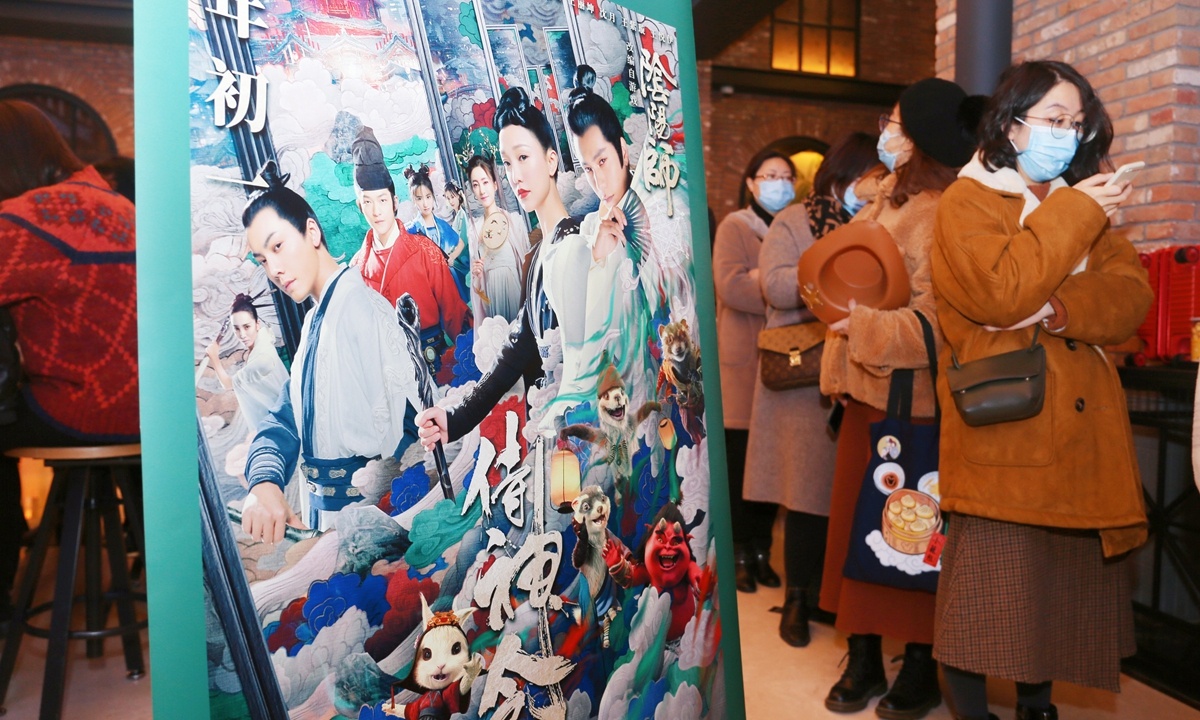 Moviegoers line up to watch fantasy film The Yinyang Master on Wednesday in Shanghai. (Photo: IC)

Among the popular movies, the box office for new release Detective Chinatown 3 exceeded 3.5 billion yuan as of press time, while that for Hi, Mom exceeded 2.6 billion yuan. Hi Mom also scored an 8.2-point rating on Chinese reviewing platform Douban, with over 430,000 ratings. Many were touched by the family bonds in the movie.

According to data from the China Movie Administration, the movie market for 2021 had exceeded 11.7 billion yuan as of Wednesday, 96 percent of which came from domestic movies.

These movies that finally got a chance to be shown during the festive season were not pieces of schlock produced in a hurry, said Zhuang, noting that since the blockbuster The Wandering Earth was released in 2019, Chinese movie fans have become increasingly conscious of movie quality.

A few years ago, the Spring Festival box office was filled with "stupid movies" that were made because of the inflow of hot money, and such backers mistakenly thought that whatever they made would interest movie-goers, but things are gradually changing, said Zhuang.

The Wandering Earth was not among the hottest movies after its release but it got more showings with public praise. This was the sentiment expressed by some moviegoers for Hi, Mom while the box office increase for Detective Chinatown 3 slowed by comparison.

China reopened cinemas in low-risk areas in late July 2020, after 170 days of shutdown due to the COVID-19 outbreak. Analysts noted that the performance of movies during the special Spring Festival season amid the epidemic will remind capital that it can no longer ignore quality and hope to attract viewers with expensive productions.