Kung fu megastar Donnie Yen said during a speech at a master class during the 24th Shanghai International Film Festival (SIFF) that when he joins an international blockbuster, it gives him the chance to let the world see the charm of Chinese actors. 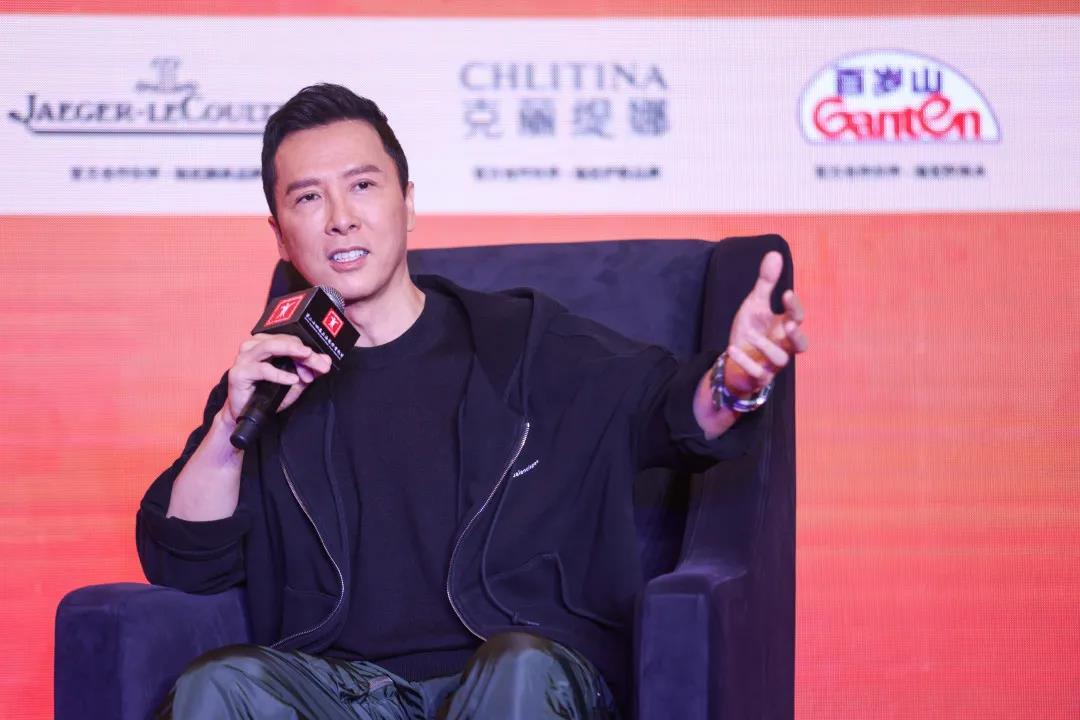 "I usually ask the producers whether the role I will play in the film, and the overall content, respect or disrespect the Chinese people and Chinese culture," Yen said. "I have always done this. Today, I may have more influence. I must speak for our country. If you can't tolerate it, you must speak out."

"Another very important task is to use your influence to make the audience feel that Chinese people are not so rigid, and we can do whatever you can do," Yen continued.

Donnie Yen has made and starred in numerous classic kung fu and action films, including "Tiger Cage," "In the Line of Duty IV", and the "Ip Man" franchise. As well as serving as the promotion ambassador for the Belt and Road Film Week during the Shanghai film festival, where Yen took the opportunity to promote his latest film "Raging Fire" with co-star Nicholas Tse, he also spoke at the June 14 master class to share musings about his life as a martial artist.

"I think film is not only an art form but also a technology. Technology will always improve, so we must have the attitude of continuous improvement and continuous innovation, otherwise you will definitely fall behind."

Yen also spoke about how in recent years he has paid greater attention to improving his acting skills and researching characters. In his view, the highest accomplishment for a martial arts movie is to leave the audience feeling that the characters, story, and action are real, and that being able to fight the most realistically is actually an acting skill. "You must have the best kung fu and the best acting skills to perform onscreen with real feeling," Yen said. "I think that for action movies today, you must combine these two elements before you can go further."

"I don't want imaginary and unreal things in my fighting. Life is so precious, I must include something that I have experienced," he added.

Recalling his career, Yen said that in the 1980s, he proposed to martial arts director and choreographer Yuen Woo-ping that he wanted to "highlight his personal style." For example, in Bruce Lee movies, the last shot was always reserved for Bruce Lee. "The feel before and after the battle matters. How he punches and how he draws his fist back after punching is completely his own personal charm."

Armed with this idea of "personal charm" in kung fu movies, Yen began to study how Hong Kong action movies can meld with other international martial arts trends such as mixed martial arts (MMA).

After nearly 40 years in the film industry, Yen prides himself on never having stopped exploring the line between tradition and innovation: "I really spent decades studying the knowledge behind action movies, and I am still studying it. I will never tell you that there is a fixed method."

Among his many collaborators, Yen said that kung fu superstar Jet Li and the American heavyweight boxer Mike Tyson were two opponents that challenged him to work to his highest level.

After fighting with Jet Li in "Once Upon a Time in China" and "Hero," Yen recalled how "Everyone went all-in, using the fastest speed. Jet Li is really fast but I want to be faster, so then he will learn to be faster too. Jet Li is indeed a formidable opponent."

Tyson was invited to participate in "Ip Man 3" and Yen quickly became aware that Tyson was first and foremost a fighter rather than an actor, so he wouldn't show any mercy when filming. "I remember when I was fighting against him, I told myself that you must be very cautious," Yen stated. "Don't think you are making a movie. You really have to treat him as if you are fighting him in a boxing ring. Being a little bit careless will be deadly."