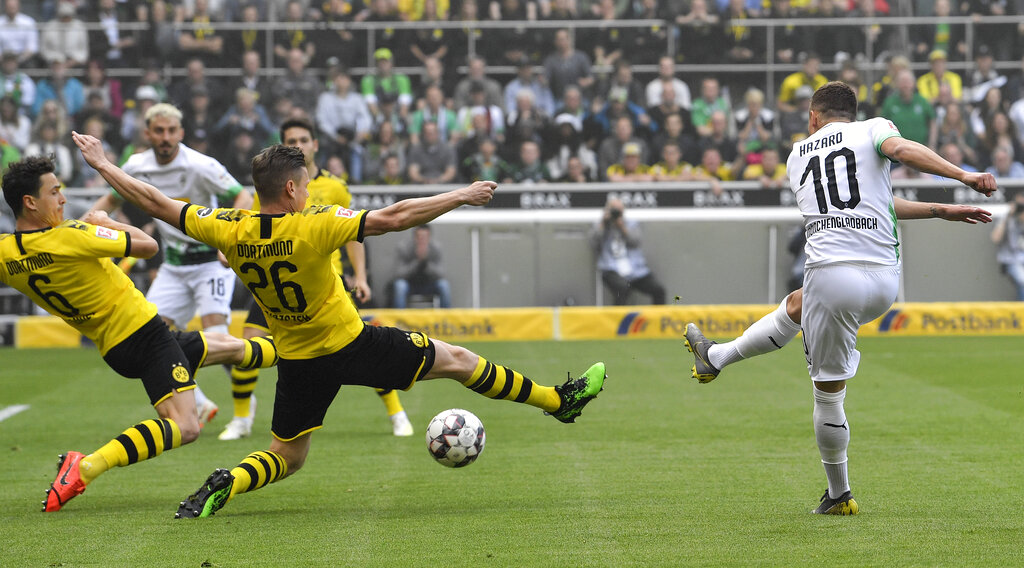 The 23-year-old Brandt, one of Bayer Leverkusen's standout performers since he joined the team from Wolfsburg in January 2014, said he was moving to Dortmund "to develop further."

Dortmund was reportedly making use of a release clause in the Germany midfielder's contract to sign him.

"He can be used in a number of attacking positions and will enrich our game with his creativity," Dortmund sporting director Michael Zorc said.

Some details remained to be settled between the rival clubs.

"Julian decided to sign for us when he was 17 despite offers from many other clubs and has developed wonderfully since then," Leverkusen sporting director Rudi Voeller said. "He became a national team player at Leverkusen."

Hazard, a Belgium midfielder who had a year to run on his contract at Borussia Moenchengladbach, scored 13 goals in 35 games last season. Since arriving initially on loan from Chelsea in 2014, Hazard has scored 46 goals and set up 44 more in 182 competitive games.