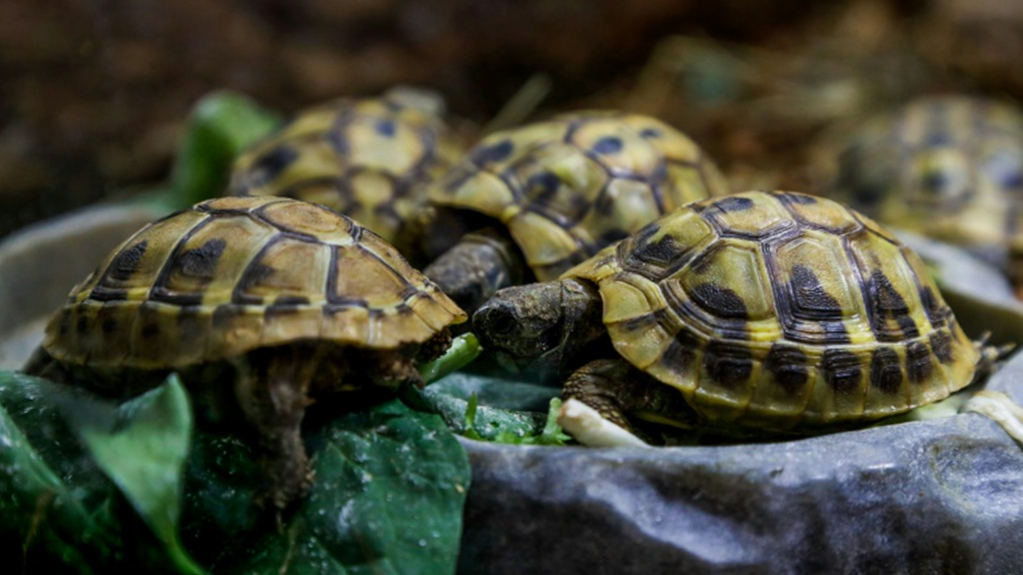 A turtle conservation park on the French island of Corsica is asking the public for help after 56 rare Hermann's tortoises, considered a nearly threatened species, were stolen from the site.

The A Cupulatta park in Vero, about 30 kilometers (20 miles) northeast of Ajaccio, issued its appeal on Facebook on Monday after discovering the missing adult tortoises, recognizable by their distinctive black-and-yellow shells.

"These tortoises cannot be legally sold so can only be destined for trafficking," the park wrote.

It also warned that wild turtle populations could be at risk if the Hermann's were stolen by anti-zoo activists who might be planning to release the tortoises.

"They could contaminate wild populations with fatal germs, since they've been kept in captivity for a long time and have been exposed to animals and people which wild turtles aren't used to seeing," the park said.

"Share this message: the turtles may still be in Corsica," it added.

Police have opened an inquiry, according to the local prosecutor Eric Bouillard.

A Cupulatta bills itself as the only site in Europe dedicated to the breeding and protection of turtles from around the world, housing 170 species and more than 3,000 animals.

The land-based Hermann's turtles, which grow to 18 to 20 centimeters (seven to eight inches) as adults, are found around the Mediterranean but have been threatened in recent years by the loss of habitat.

The International Union for Conservation of Nature, a Swiss-based NGO, classifies the turtle as "near threatened" on its Red List of species at risk.