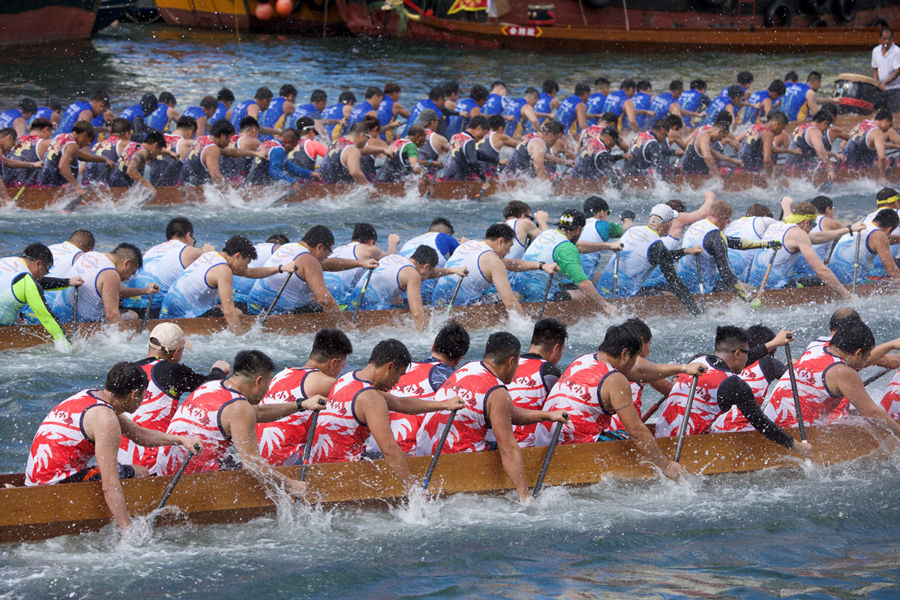 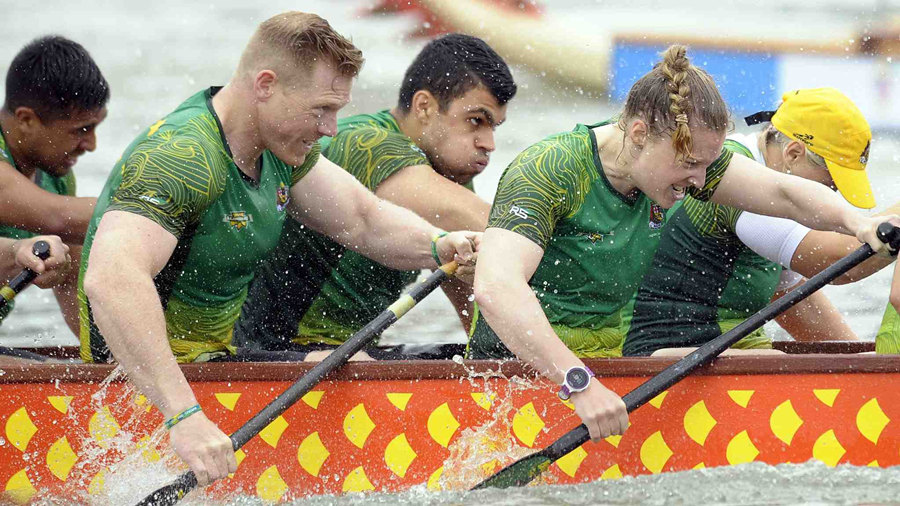 Athletes paddle in unison to the beat of a drum on a river at London's Regatta Center, in the UK, on June 4, 2018. [Photo/CGTN] 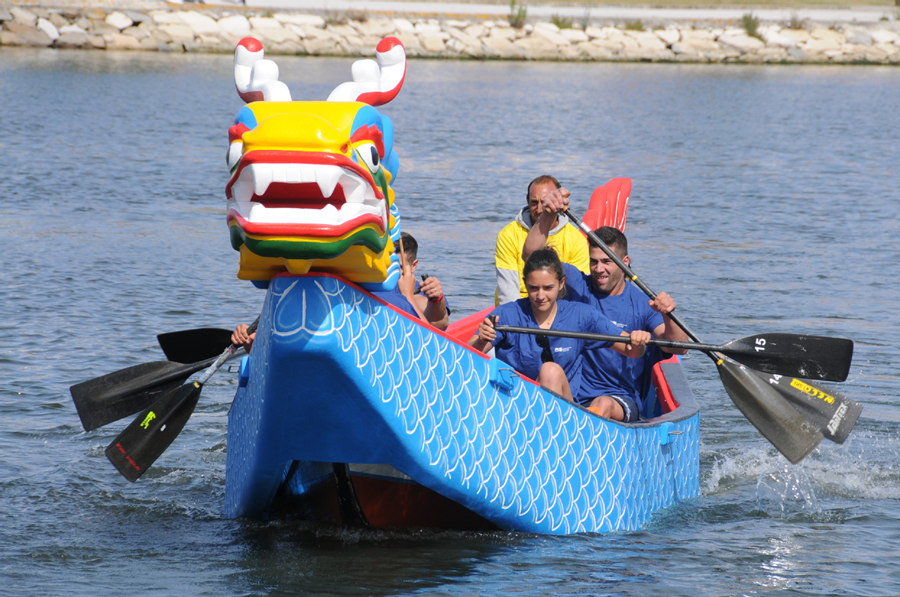 A dragon boat race is held at the University of Aveiro in Portugal, on June 8, 2019. [Photo/Xinhua] 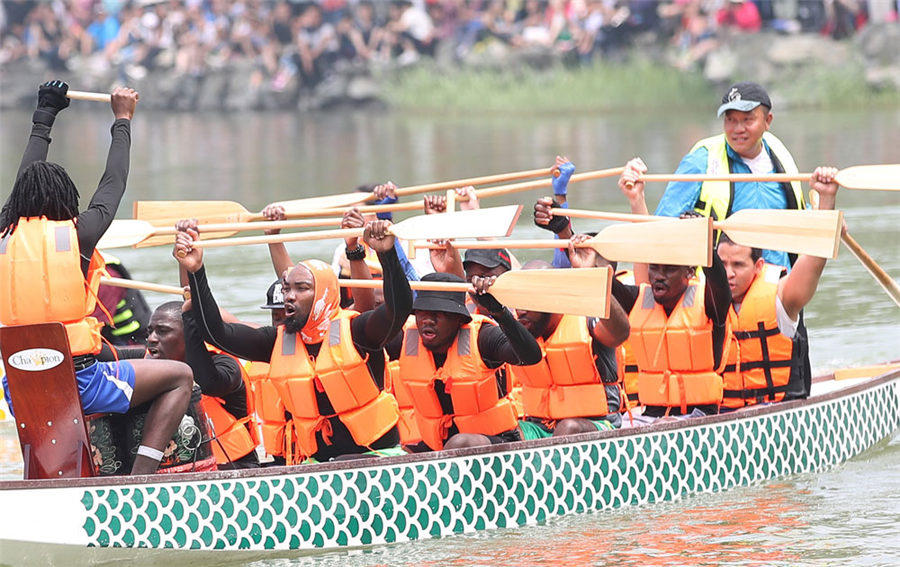 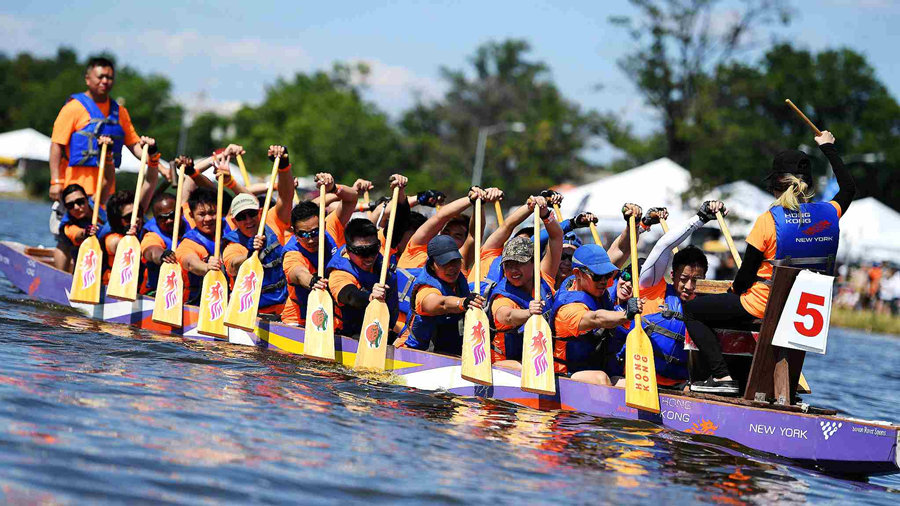 A total of 200 teams paddle across Meadow Lake at Corona Park at the 28th Annual Hong Kong Dragon Boat Festival in New York City, the US, on Aug 11, 2018. [Photo/CGTN] 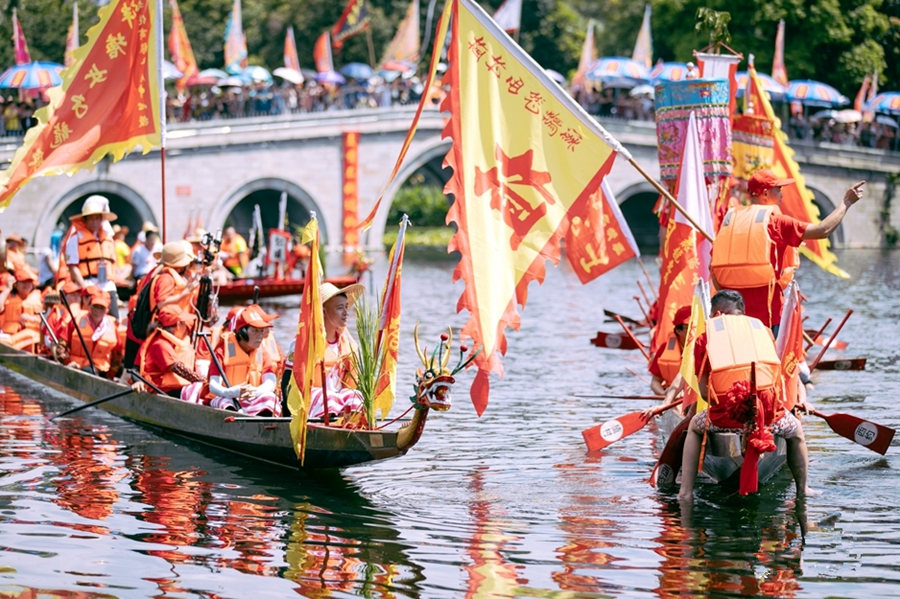 Homecoming in dragon boats is a time-honored tradition dating back over 500 years in South China's Guangdong province. More than 20 boats gathered in Liwan Lake in Guangzhou to celebrate this local custom, on June 7, 2019. [Photo/Xinhua] 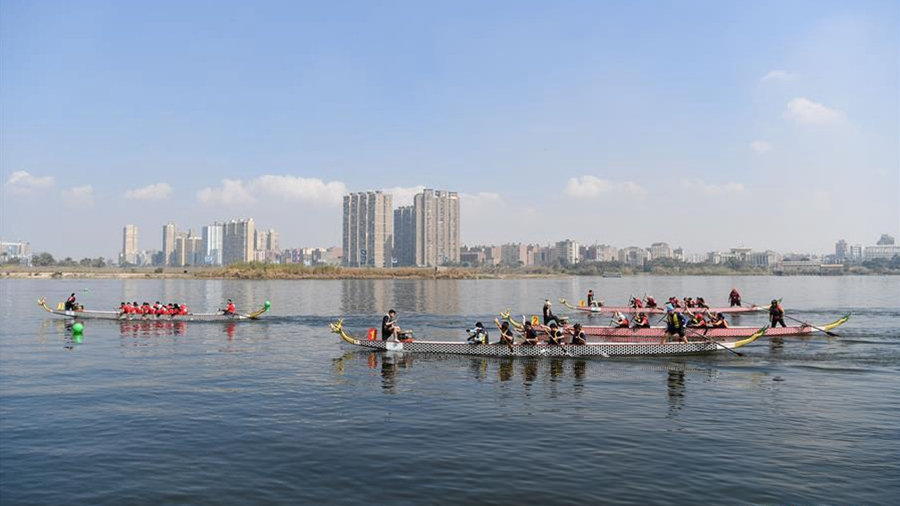 Egypt's Nile River hosts an international dragon boat race with over 200 paddlers of 24 teams from several countries including China, Egypt, the US, Australia, the Philippines and Singapore. [Photo/Xinhua] 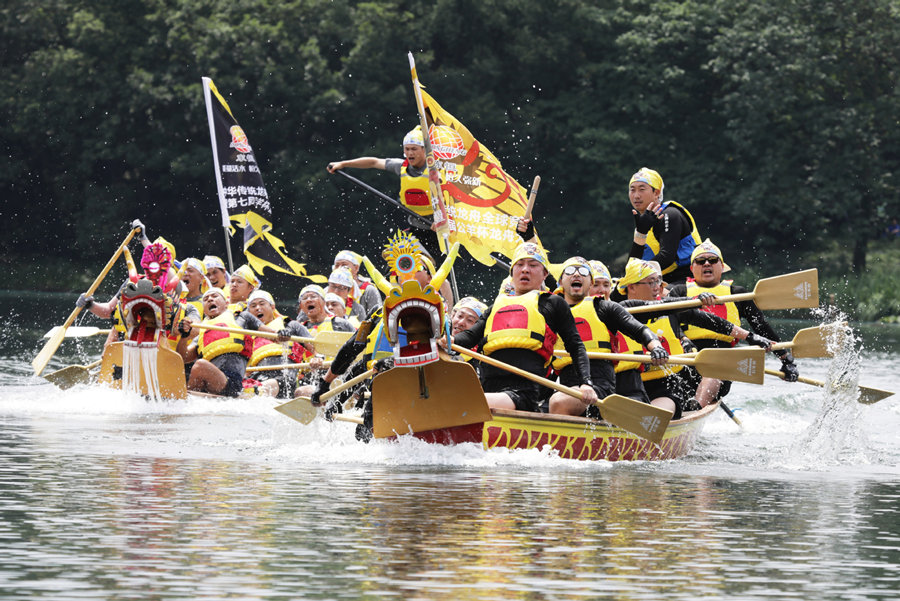 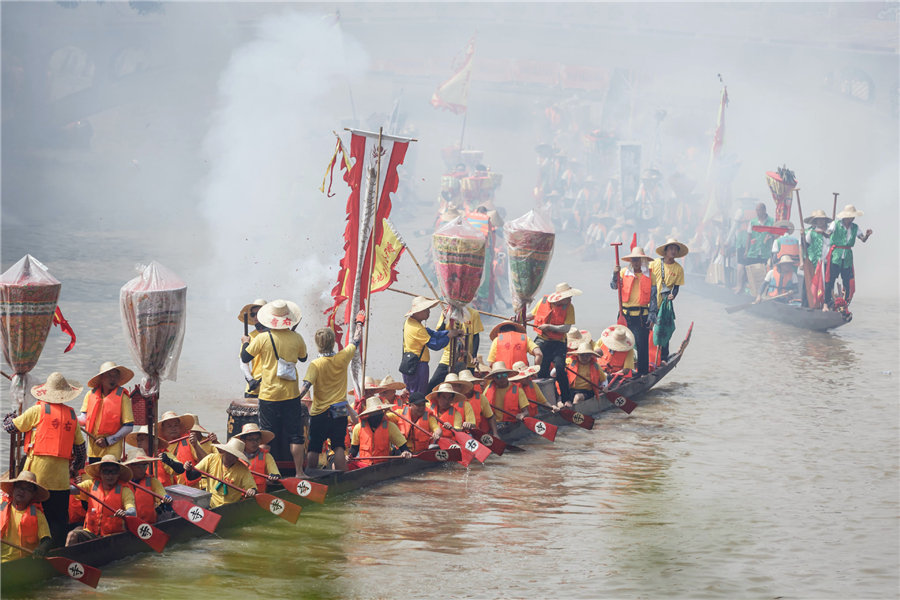 Villagers row dragon boats during an event ahead of the Dragon Boat Festival in Guangzhou, South China's Guangdong province, on June 5, 2019. [Photo/Xinhua] 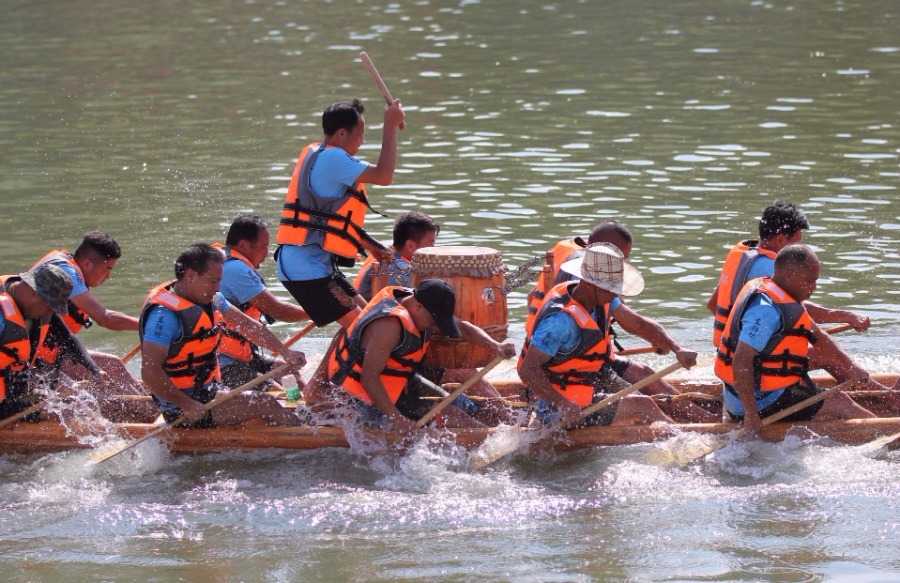