Contemporary Chinese productions are not only taking off in Southeast Asia but are also enjoying growing popularity in Africa, the Middle East and Europe. Xu Fan reports.

The drama, which tells the story of five women striving to make a life for themselves in contemporary Shanghai, is airing in Sri Lanka after a deal was signed in November last year between China Radio International and Rupavahini, Sri Lanka's national television network.

Among the Chinese dramas set to air in Sri Lanka under the deal is Xuan Zang, a biographical movie starring Huang Xiaoming as the titular Tang Dynasty (618-907) monk who made a 17-year overland journey across Central Asia and India in his quest to acquire Buddhist knowledge.

"The women (the protagonists of Ode to Joy) are very dynamic and independent. They reflect modern China and modern Chinese women," Weerasinghe tells China Daily during the 15th China International Film and TV Program Exhibition in Beijing. At the event, she invited Chinese producers to shoot films in the South Asian country, and she approached Chinese broadcasters about telecasting Sri Lankan TV dramas in China.

Held at the Beijing Exhibition Center from May 17 to 19, the annual event attracted hundreds of participants from more than 50 countries and regions around the world who were showcasing around 80,000 programs.

With the rising overseas popularity of Chinese movies and television series in recent years, "going abroad" has become a buzzword for many attending the exhibition.

Last year, China exported more than $400 million worth of movies and television productions and related services to the rest of the world, said Ma Li, director of the international cooperation department of the State Administration of Radio and Television, at an event during the exhibition. 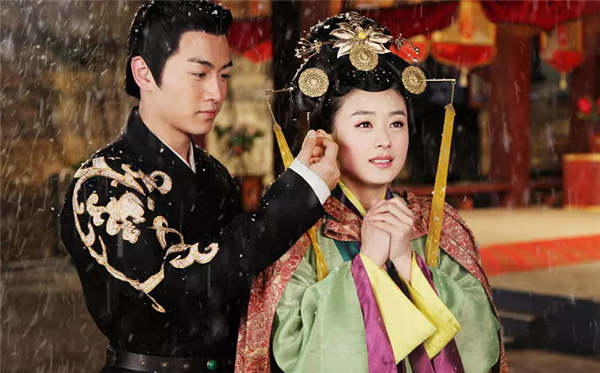 Legend of Lu Zhen is among Chinese TV dramas that have been well received in overseas markets. [Photo provided to China Daily]

With its growth in scale and diversity, China has in recent years expanded its movie and television program exports from Southeast Asia - traditionally its best-selling region - to the emerging markets of Africa, the Middle East, Europe and North America, Ma adds.

Apart from selling programs, China has been building channels or buying blocks of hours in local broadcasters' schedules in a bid to tailor Chinese content to appeal to foreign audiences.

China International Television Corp, which launched an alliance linking about 50 domestic top players in November, is a frontrunner in distributing Chinese productions overseas.

Last year, the household Chinese TV drama Journey to the West, the fantasy-adventure show recounting the travels of the mythological superhero, the Monkey King, aired in Nepal with the dialogue dubbed into Nepali, earning national-viewing figures of up to 34.5 percent.

"It was very popular there. Nepal's news agencies reported its debut as important news, making it a hot topic among locals," says Shen Jianing, assistant to the president of China International Television Corp, which sells an average of more than 20,000 hours of Chinese programs to more than 200 countries and regions around the world every year.

She is also sensing a change in tastes: Chinese dramas set against the backdrop of modern China have been selling much better than in the past.

Receiving more than 200 million views on YouTube, Ode to Joy has become the top urban-themed Chinese TV drama of all time, and one of China's most popular domestic series overseas. It has been screened in more than 10 countries and regions, including Vietnam, Russia, Singapore, North America and South Korea. 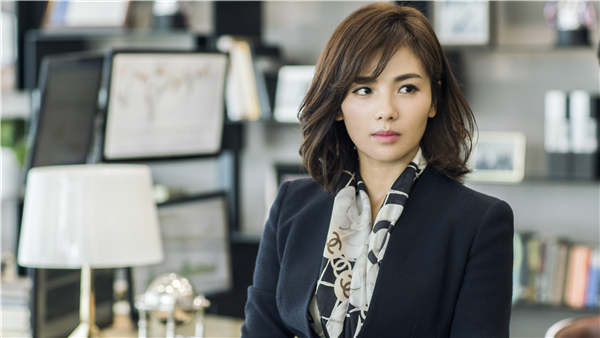 Ode to Joy is among Chinese TV dramas that have been well received in overseas markets. [Photo provided to China Daily]

For Hou Hongliang, producer of Ode to Joy and chairman of the Zhejiang-based production firm Daylight Entertainment, the numbers are encouraging.

"In the past and even in recent years, Chinese producers had to travel to Japan or South Korea to negotiate deals about remaking their popular productions," says Hou.

"But things have changed. South Korean companies are contacting us to buy series like Nirvana in Fire and The Disguiser, proving that Chinese titles are gaining influence in overseas markets," he adds.

And while shows about modern life in China are increasingly grabbing attention overseas, dramas that re-create the country's spectacular past are also growing in popularity.

"Foreign audiences, especially those in Southeast Asia, are drawn to these kinds of stories as they can better understand Chinese history and culture," says Li Qian, deputy director of international cooperation at Dongyanghuanyu Film and Television Culture Co Ltd, which has been distributing its television programs overseas for more than a decade.

According to Li, actress Yang Mi's Palace: The Lock Heart Jade and Zhao Liying-starring Legend of Lu Zhen are two of the company's bestselling dramas in overseas markets.