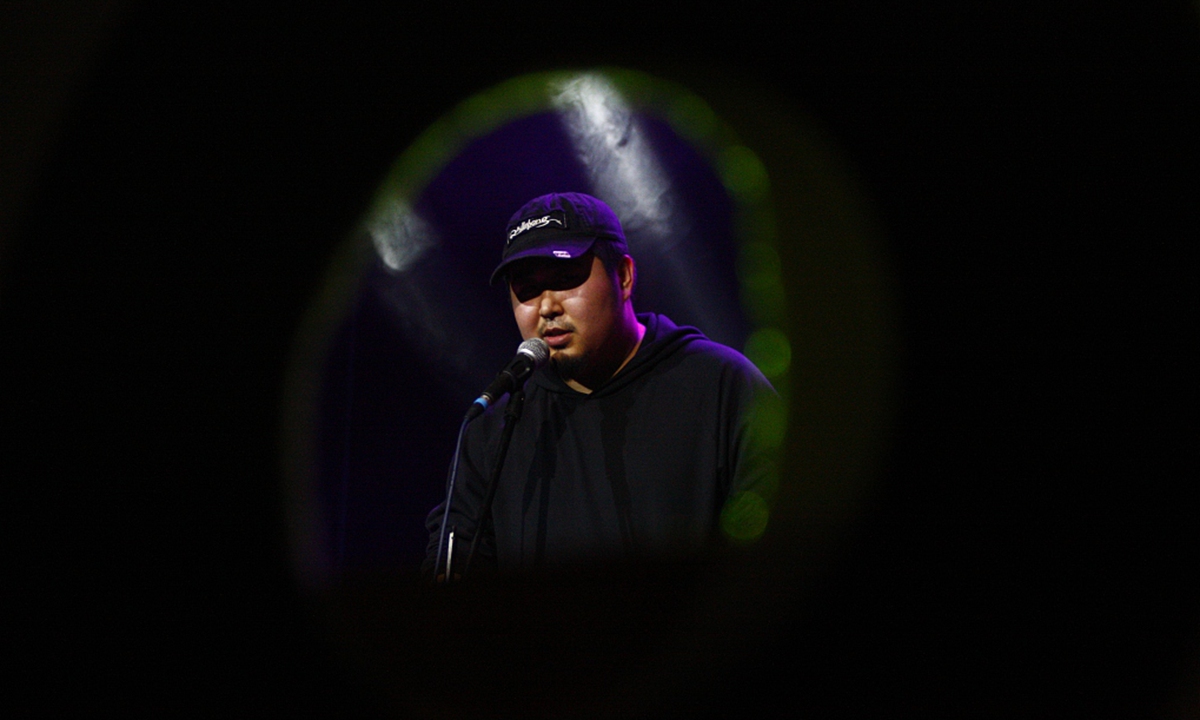 Could celebrities involved in drugs scandals return to the stage? This question became a trend on Chinese social media platforms on Tuesday after a folk music artist complained against the cancellation of his performance in Chengdu, Southwest China's Sichuan Province, calling it "injustice" after being banned from shows for three years and having reflected on his mistakes.

Coming at a time when China launched a crackdown on unhealthy behavior in the entertainment industry and tightened its regulations on scandal-hit celebrities, the letter pleading for a chance met with wide criticism and rejection. Netizens and some government agencies have called for zero tolerance toward drug use and urged respect and recognition of the fruits achieved with the blood and lives of anti-narcotics police.

Song Dongye, born in 1987, was once popular for some universally praised folk songs but fell from the top of his career in 2016 after being busted by Beijing police for smoking cannabis.

In the letter, Song claimed he was treated unfairly because he had a history of drug use and that his performance would be canceled based on tip-offs from the public.

"Sometimes I feel wronged. I did not kill the police but it was the police who told me that taking drugs is illegal, that drug trafficking is a criminal act and that those who take drugs are the victims, not the perpetrators," read the letter.
"The entertainment industry has been hit hard by depression and mental illness, and it is often at the most helpless and desperate times when drug traffickers are luring. Who can withstand this poison disguised as sugar? Why am I still banned from working despite I have observed the required three-year period?" he asked.

Despite that some netizens showed their understanding to Song, his letter sparked an outrage online instead as his justifications for his drug habit irritated the majority of netizens.

Some said Song can still start a new life and be a normal person but he is not in the position of being a celebrity because he should pay for his stupid behavior.

"You complained about pain but, do you know your life is already better than for many other people? You can come back to the stage but, do you know how many people are risking their lives to fight against drug dealers?" wrote a Sina Weibo user.

Backing these netizens, the Communist Youth League of China posted an article on Tuesday arguing that these netizens are not preventing Song from working. However, they are refusing to see him appear as an idol and a public figure.

Under the question of why celebrity drug offenders cannot return to the stage, many netizens quoted a Sina Weibo post released by China Police Online in July 2020 in an account operated by the Ministry of Public Security. The post said that drug addicts are also a link in this vicious chain of profits and the money the celebrities paid for drugs are like the bullets shot to anti-drug police officers.

The account posted a video on Tuesday showing an anti-narcotics police officer saying that "if celebrity drug offenders can come back, can we let the police officers who sacrificed in drug busting operations come back to life?"

The Ministry of Public Security said at a press conference in June that since 2017, 33 members of the anti-narcotics police across the country sacrificed their lives while 64 were injured in operations.

Some netizens asked Song whether he still felt wronged after reading these posts. Song answered "yes," further irritating netizens for his impertinence. Song's Weibo account has been blocked.

In early September, China's top publicity department issued a notice vowing to increase the punishment of celebrities who violate the law and have lose morality forbidding them from returning to the stage. It also calls for a boycott and punishment against brokerage companies and star studios which collaborate on the celebrities' illegal and unethical behaviors.

But, Liu Yuanju, a research fellow at the Shanghai Institute of Finance and Law, warned that "drug addicts are law breakers but also victims. They are not enemies to anti-drug police."

Society should not treat drug addicts as criminals and discriminate against them. The anti-narcotics police hope to see a drug addict return to society as a normal person, Liu told the Global Times on Tuesday.