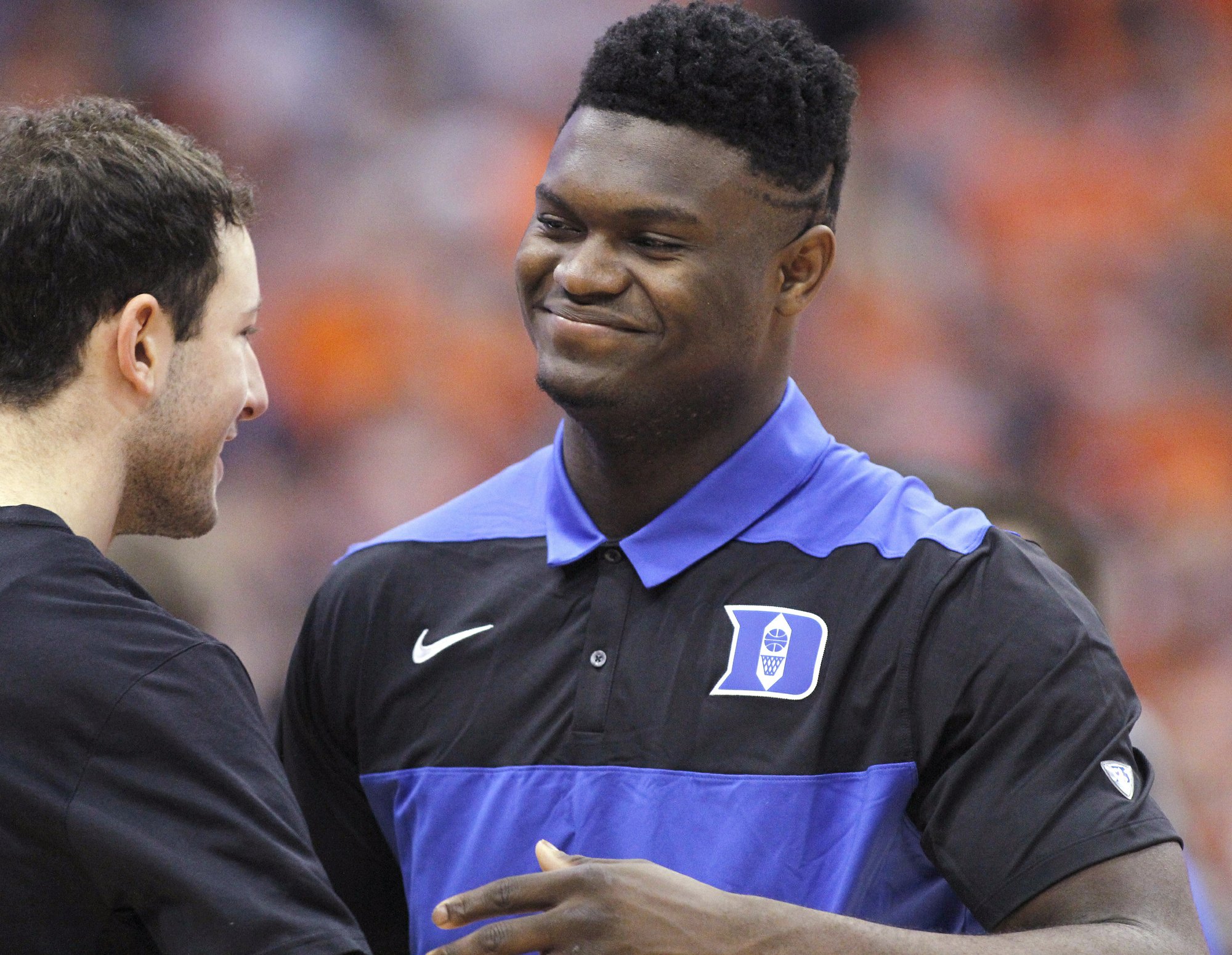 Duke's Zion Williamson, right, is greeted by a teammate on the court before the team's NCAA college basketball game against Syracuse in Syracuse, N.Y., Saturday, Feb. 23, 2019. (Photo: AP)

Williamson was hurt in the opening minute of an 88-72 loss to North Carolina. He sprained his knee when he planted his foot while dribbling and his left shoe tore apart.

Williamson ranks second in the league in scoring at 21.6 points per game. He also ranks among the league leaders in rebounding, shooting percentage and steals.