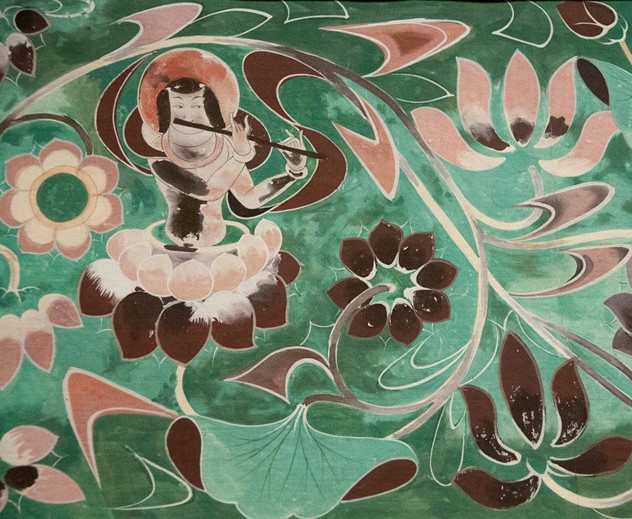 Six ancient musical instruments depicted on paintings in Dunhuang Caves have been reproduced for a Dunhuang Music concert scheduled for September in the desert oasis of northwest China's Gansu Province.

Sponsored by China's Dunhuang Academy, internet giant Tencent and Shanghai Conservatory of Music, the concert selected winners from a music contest based on traditional Dunhuang poems and the five most famous wall paintings in Dunhuang.

Zhu Xiaofeng, with the academy, said Dunhuang Caves contains an archive of ancient music scores, and half of the 492 caves in southern Mogao area include wall paintings depicting music-playing scenes.

Zhu said during the selection of the music composition, there was no limitation in the musical style, genre, and instruments used.

"As long as it keeps the essence of the Dunhuang culture, it's fine to play even with an electric guitar. We are not worried about breaking tradition but hope to bring a new perspective to the ancient culture," he said.

More than 450 of Dunhuang's Mogao Caves, along with the Great Wall and the Forbidden City, were among the first Chinese sites recognized by the United Nations' World Heritage Center in the 1980s.

Zhu said a total of 735 caves created since the fourth century onwards had been preserved near Dunhuang, a desert oasis, and crossroads of the Silk Road, which served as a depository for Buddhist art for around a millennium. The caves contain 45,000 square meters of wall paintings and 2,000 colored statues.

"With the concert, we want to bring Dunhuang culture closer to the younger generations so that they can discover its value," said Zhang Xiantang, deputy director of the academy.