Kevin Durant is setting the tone for the Golden State Warriors. Get him the ball and watch him work.

Durant scored 38 of his playoff career-high 50 points in the first half, Draymond Green had a triple-double, and Golden State dominated in closing out the Los Angeles Clippers 129-110 Friday night to win their first-round series 4-2. 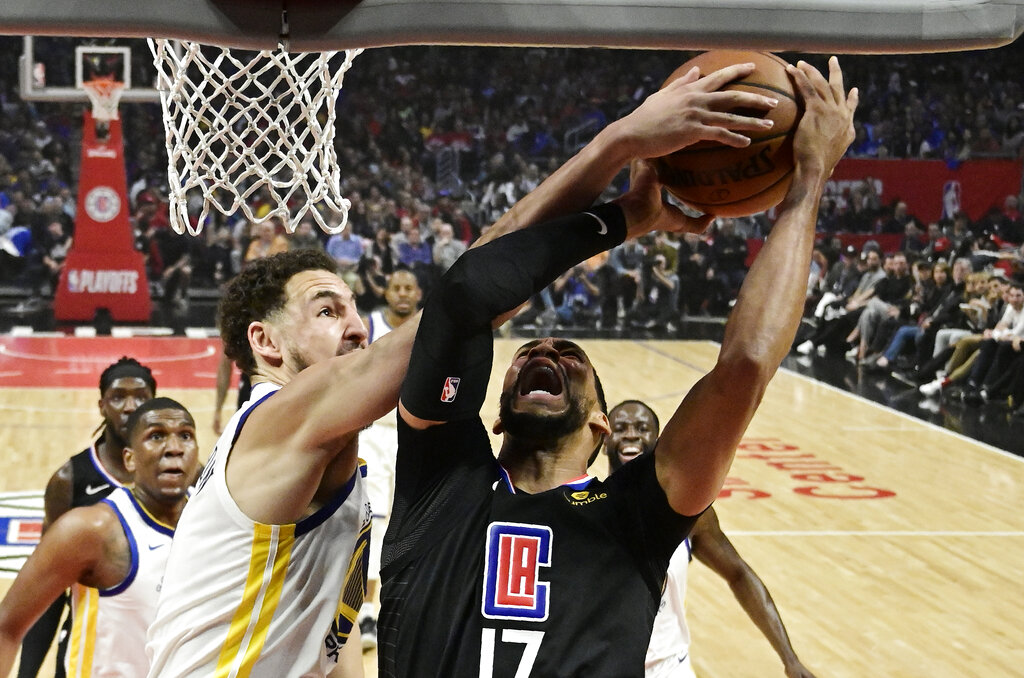 "I scored 50 points but I missed some good shots," Durant said. "I thought I could have made a few more."

The Warriors advanced to the Western Conference semifinals and will face the Houston Rockets beginning Sunday in a rematch of last year's conference finals. That's when Houston let a 3-2 lead slip away and the Warriors went on to win their second straight NBA championship.

"They're similar to the Clippers," Golden State's Andrew Bogut said. "They run the pick-and-roll and we'll need to be disciplined to beat them."

Golden State found itself in the unfamiliar position of trying to win a third road game in a playoff series for the first time in franchise history. Durant made his mark early with 38 points that tied for the second-most points in a half in a playoff game.

"That was one of the great performances I've ever seen in my life," Warriors coach Steve Kerr said. "He's the ultimate weapon because there's no defense for Kevin."

Durant had a vicious block of Danilo Gallinari in the fourth that left both of them on the floor. On the Warriors' next possession, Durant converted a three-point play.

The Clippers fought off elimination with a 129-121 win on the Warriors' home floor in Game 5, but aside from a game-opening burst and another to start the second half they couldn't make a stand in front of their crowd.

Still, they bowed out knowing they had exceeded others' low expectations of their playoff chances.

"We took the back-to-back champions to six games," the Clippers' Patrick Beverley said. "We hold our heads high."

Durant's 45 points on Wednesday were his previous career playoff high. 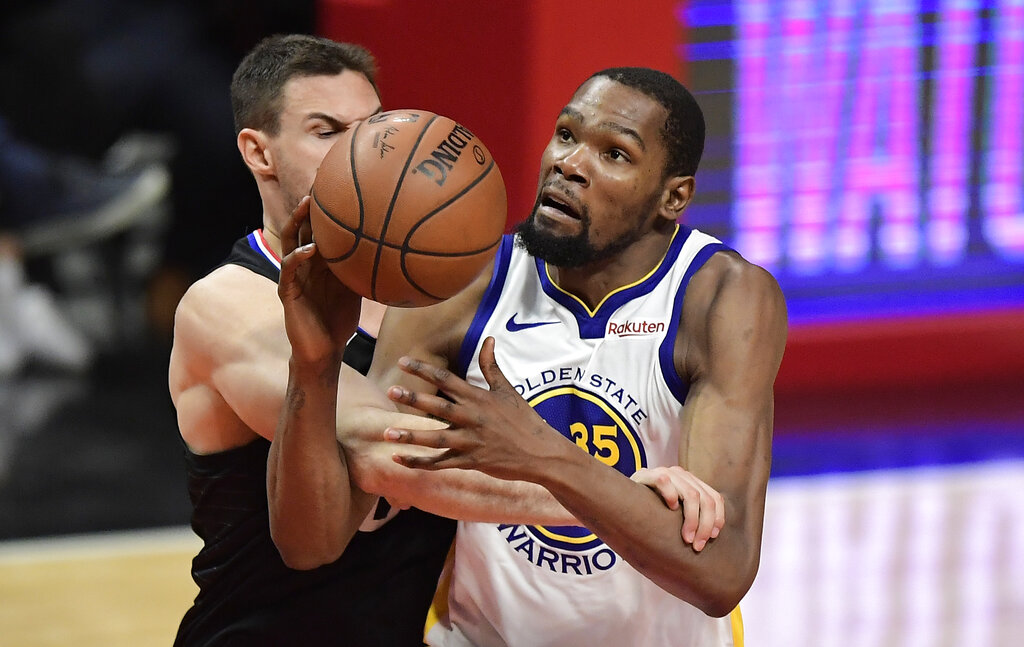 Stephen Curry added 24 points and Green had 16 points, 14 rebounds and 10 assists for his fifth career playoff triple-double, despite five fouls. Klay Thompson was limited to nine points with three fouls. Durant got his fourth foul in the fourth.

The Warriors repeatedly burned the Clippers with dunks off alley-oop passes.

Los Angeles opened the game on an 18-8 run. Durant and Curry combined to score the Warriors' next nine points as part of a 21-5 burst that put them ahead for good.

Lou Williams and Montrezl Harrell, the NBA's highest-scoring bench combo, were never a factor. Williams shot 3 of 21 for eight points and Harrell was 4 of 7 for 10 points and five fouls. The two reserves scored a combined 57 points on 23-for-33 shooting in Game 5.

Williams folded up the stat sheet and tossed it under the table after the game.

"I struggled at home this series and played well on the road," he said. "Tonight was especially tough because it was a deciding game."

Gallinari and Gilgeous-Alexander powered the Clippers' 17-10 spurt that opened the third and pulled them to 82-71.

But Golden State held the Clippers to seven points the rest of the quarter and took a 102-78 lead into the fourth. The Clippers cut their 24-point deficit nearly in half, but got no closer.

Houston arrived in the Bay Area on Friday and planned to watch the Warriors-Clippers game there, anticipating that Golden State would win and there would be an early start time for Game 1 of the conference semifinals on Sunday.

There was a moment of silence for Boston Celtics star and Hall of Famer John Havlicek, who died Thursday at 79.

"He was such a good human being," said Clippers coach Doc Rivers, who guided the Celtics to their most recent NBA championship in 2008. "Really, if you could model our players and how we wanted them to be — he was a fierce competitor, amazing humility, and he was a gentleman — if we could model all of us like that, we would be in a great place as a league."

When Rivers took over as Celtics coach in 2004, he noticed that the franchise's legendary players didn't come around or spend time with the team. He wanted to change that so he had the team extend invitations to every former player.

"The next day, John Havlicek walks into the gym and, in a typical John Havlicek way, walks up to me and introduced himself," Rivers said. "He said, 'Hi. I'm John Havlicek.' Like I didn't know. But that's just who he was, and after that he was always around."

Warriors: Durant tied Phoenix's Charles Barkley, who scored 38 in a half against Golden State on May 4, 1994, in a first-round series. ... They improved to 17-8 in Game 6 of a playoff series. ... The Warriors went 4-1 against the Clippers at Staples Center this season. ... Former Clipper Shaun Livingston started in place of Andrew Bogut.

Clippers: Patrick Beverley had 14 rebounds for the second straight game, tying his career high. ... They were 0-3 at home in a playoff series for the first time, having also lost Games 3 and 4 at Staples Center. ... It was the last game of Hall of Fame announcer Ralph Lawler's career. He retires after 40 years with the team and 60 years in the business.