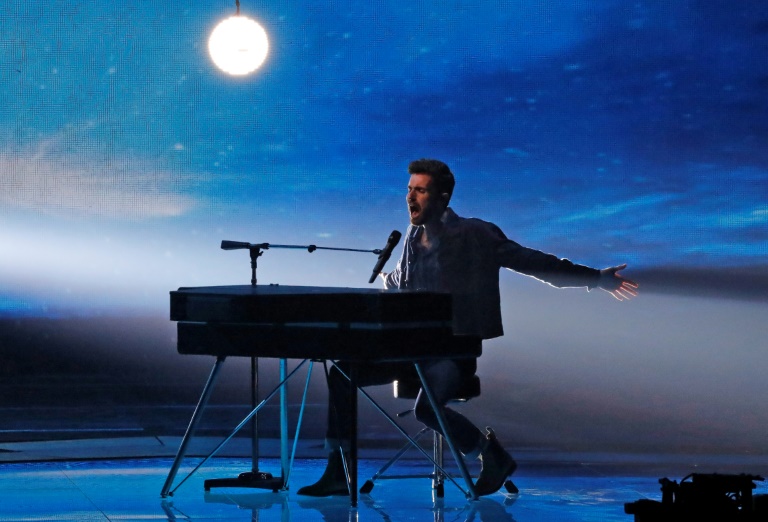 It must be Rotterdam, not anywhere... Dutch broadcasters announced on Friday that the port city will host the 2020 edition of the glitzy Eurovision song contest.

Rotterdam's Ahoy stadium beat the historic southern city of Maastricht -- home of the EU's founding treaty -- in the race to stage next year's musical pageant on May 16.

The Netherlands won the right to host Eurovision after Dutch singer Duncan Laurence stormed to victory in this year's contest in the Israeli city of Tel Aviv.

"Welcome to the Netherlands, welcome to Rotterdam," Laurence said in a special Eurovision video to announce the result.

He described it as a "city where being different doesn't make a difference at all, and where anybody can make it happen."

The 25-year-old, who came out as bisexual in 2016 and has used his new high profile to advocate more tolerance, wooed audiences this year with his ballad "Arcade" about a romantic breakup.

Rotterdam and Maastricht were the final two Dutch cities left after organisers whittled down a shortlist that included Amsterdam, Utrecht, Den Bosch and Arnhem.

Rotterdam's historic centre was destroyed by Nazi bombing in World War II, but it has since rebuilt itself to become a vibrant, modern city that contrasts with the Netherlands' more traditionally pretty towns.

"There were four criteria. The most important was the location of the venue. We are after all making a television show watched by some 200 million viewers," Eurovision song contest representative Sietse Bakker told broadcaster NOS as the result was shown on live TV.

"Ahoy adhered to all these standards to make three fantastic television shows in May next year and that was why we eventually gave them the thumbs up."

Rotterdam councillor Said Kasmi told NOS: "It's huge for our city. We have been chosen to host one of the biggest live shows on earth in 2020."

Ahoy -- whose name has an appropriately nautical theme based on the traditional sailor's cry -- will host the Eurovision semi-finals on May 12 and 14, 2020, with the final on Saturday, May 16.

The main Ahoy Arena has seating space for 16,000 music fans and has been hosting music concerts and other events since 1971, including the 1997 and 2016 MTV Europe Music Awards and the Junior Eurovision Song Contest in 2007.

The Ahoy is also known as the spiritual home of Dutch darts -- a game which, much like Eurovision, baffles outsiders but rouses strong passions in both Britain and the Netherlands.

For Britain, however, it is likely to be its first Eurovision outside the European Union for four decades, as it is due to leave the bloc on October 31 this year.