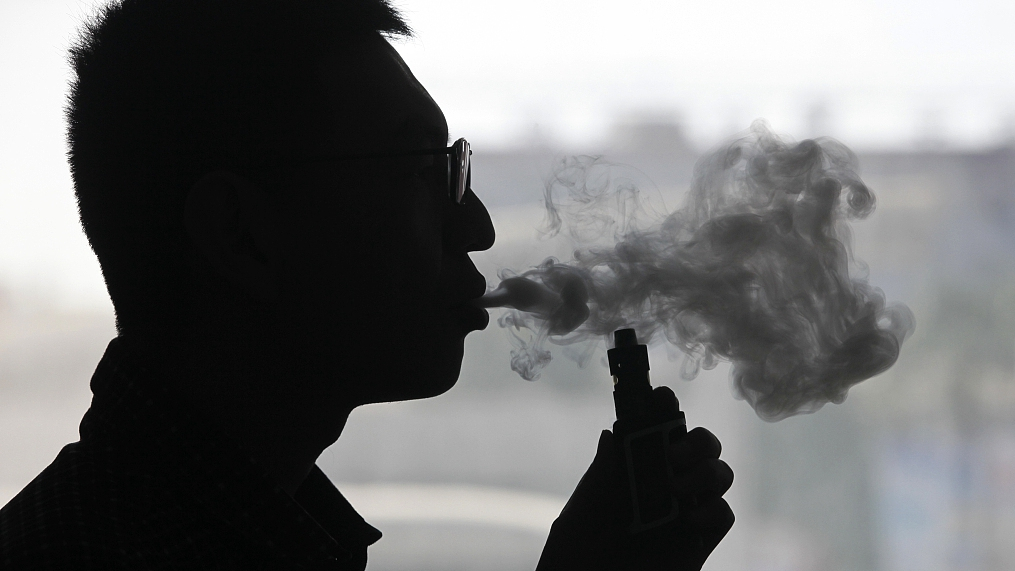 Vaping has reached a younger user base in China, sometimes alarmingly so. Out of China's 7.5 million e-cigarette users, more than half are between 26 and 35 years old. Due to a lack of regulations, e-cigarettes are easily accessible both online and offline. And this has raised concerns about the health of young people.

"Because it looks cool" is what one middle school student said when asked about why he's vaping. Another vaper of the same age said, "I saw two or three classmates smoking these e-cigarettes. Some people think smoking is cool."

"I think it's fun. Some people say it's harmful, but I'd like to try anyway," a primary school student noted.

What's worse, it's not difficult for them to reach the devices. A lack of rules on e-cigarettes helps to provide easy access to e-cigarettes, even for elementary school students.

"These are e-cigarettes. Take a puff and this is peppermint flavor. It's just for fun. I bought a wholesale package of 10, and it's all sold out, 15 yuan each," according to the owner of a store near an elementary school in Guangzhou, south China.

At a convenience store in Beijing, e-cigarettes are easily spotted. The product is said to contain five percent of nicotine, without a specific amount or clear explanation. Asked to explain, the owner seems lost too. A store owner in Beijing replied, "I have no idea. You'd better read the instructions."

Zhi Xiuyi is the deputy director of the Chinese Association on Tobacco Control. He said, "There is formaldehyde and there is propylene glycol. These metabolites are bad for our health."

Chinese regulators say their latest ban on online sales and advertising of e-cigarettes is meant to further prevent young people from suffering the health risks attached to vaping. But it may take time until the new rules are fully implemented.