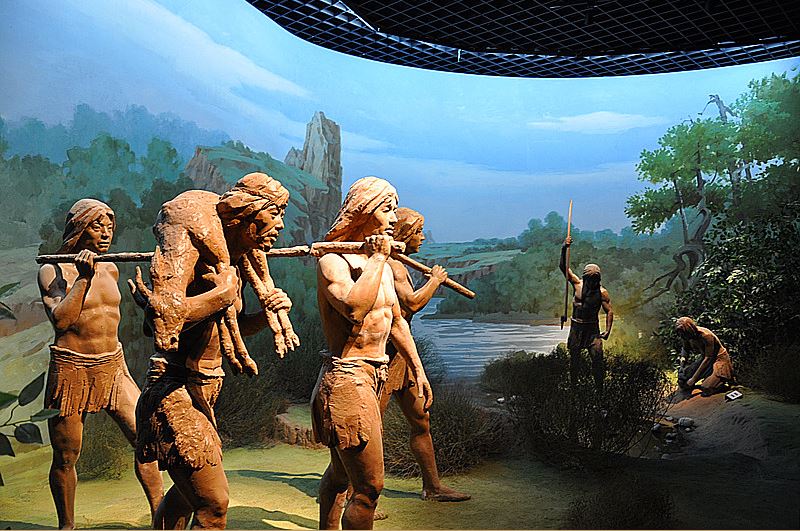 WASHINGTON, Oct. 9 (Xinhua) -- An international team of researchers found prehistoric humans some 400,000 years ago were able to store bone marrow for later consumption, which is believed to be the earliest evidence of such an innovative behavior.

The study published on Wednesday in the journal Science Advances showed direct evidence that early Paleolithic people living in a cave near Tel Aviv saved animal bones for up to nine weeks before feasting, marking a threshold for human adaptation.

"Until now, evidence has pointed to immediate consumption of marrow following the procurement and removal of soft tissues," said the paper's coauthor Ran Barkai, a professor at Tel Aviv University. "In our paper, we present evidence of storage and delayed consumption of bone marrow."

The researchers found some deer leg bones with unique chopping marks on the shafts, which are not characteristic of the marks left from stripping fresh skin to fracture the bone and extract the marrow. Dry flesh and skin is harder to remove from a bone than when it is fresh, so removing it tend to leave behind specific sawing marks. In experiments with deer bones, the researchers replicated the process.

They suggested that the deer bones were kept at the cave covered in skin to facilitate the preservation of marrow for consumption in time of need. The bones were used as "cans" that preserved the bone marrow.

"We discovered that preserving the bone along with the skin, for a period that could last for many weeks, enabled early humans to break the bone when necessary and eat the still nutritious bone marrow," said the paper's lead author Ruth Blasco, a professor at Tel Aviv University.

Previously, it was believed that the Paleolithic people were hunter gatherers, consuming whatever they caught that day and enduring long periods of hunger when food sources were scarce.

Those ancient people living in the cave were also able to recycle things, use fire regularly and roast meat. The researchers assumed that those innovative behaviors took place as elephants, once their major food source, were turning unavailable, and those behavior allowed humans to evolve and enter into a far more sophisticated kind of socioeconomic existence.