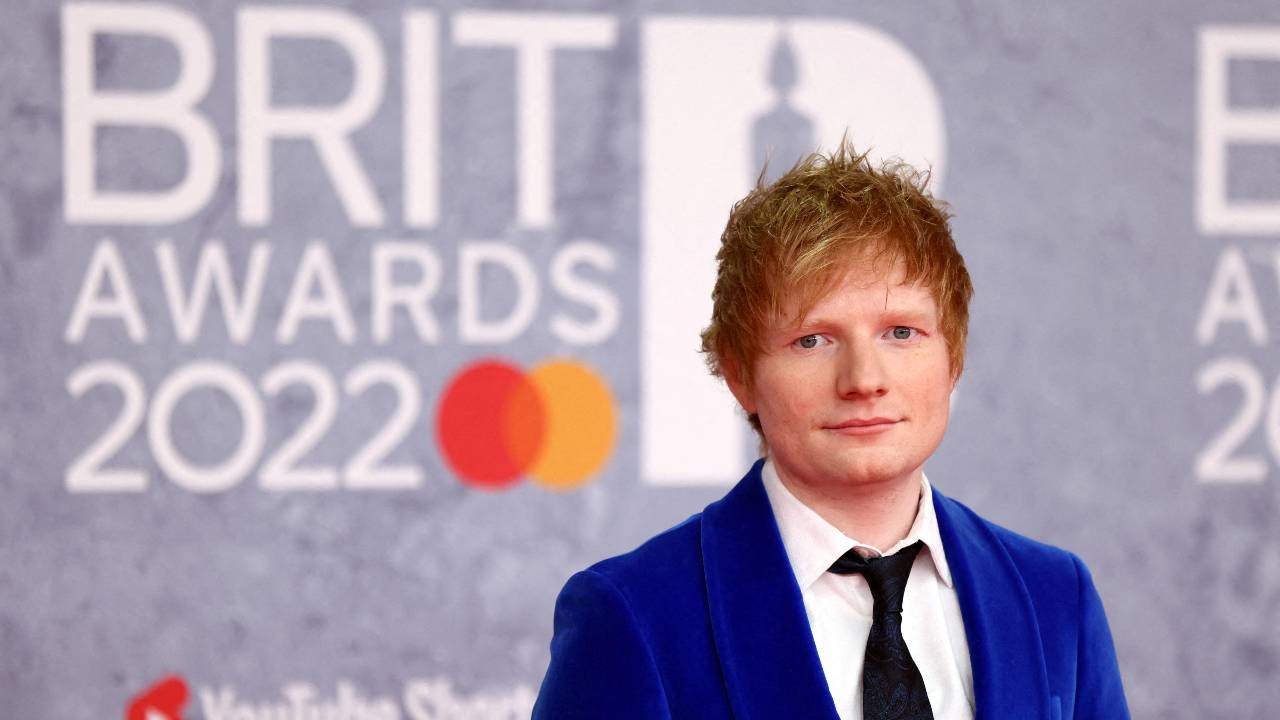 Ed Sheeran poses as he arrives for the Brit Awards at the O2 Arena in London. (Photo: CGTN)

British singer Ed Sheeran won a copyright case at the High Court in London over whether a refrain in his 2017 mega-hit "Shape Of You" had been lifted from another artist.

Sheeran had been involved in a legal battle with grime artist Sami Chokri, who performs as Sami Switch, and music producer Ross O'Donoghue, who had argued the hook from "Shape of You" had been copied from their 2015 song "Oh Why."

"While there are similarities between the OW (Oh Why) Hook and the OI (Oh I) Phrase, there are also significant differences," the judge, Antony Zacaroli, concluded.

"I am satisfied that Mr. Sheeran did not subconsciously copy 'Oh Why' in creating 'Shape'."

"I feel like claims like this are way too common now and it has become a culture where a claim is made with the idea that settlement will be cheaper than taking it to court even if there's no basis for the claim," he said in a video posted on Twitter on Wednesday.

"It's really damaging to the songwriting industry."

Sheeran's hit became the best-selling digital song worldwide in 2017 and has received more than 5.6 billion views on YouTube.

Sheeran had faced lengthy questioning about his work during last month's trial, with accusations from the High Court lawyer for Chokri and O'Donoghue that he simply altered other artists' music and words to pass their work off as his own.

The singer said he always credited other artists and told the court he had never heard the "Oh Why" song he was accused of ripping off.

"There's only so many notes and very few chords used in pop music, coincidence is bound to happen," Sheeran said on Wednesday.

"I just want to say: I'm not an entity, I'm not a corporation, I'm a human being and a father and a husband and a son. Lawsuits are not a pleasant experience and I hope that this ruling means in the future baseless claims like this can be avoided."