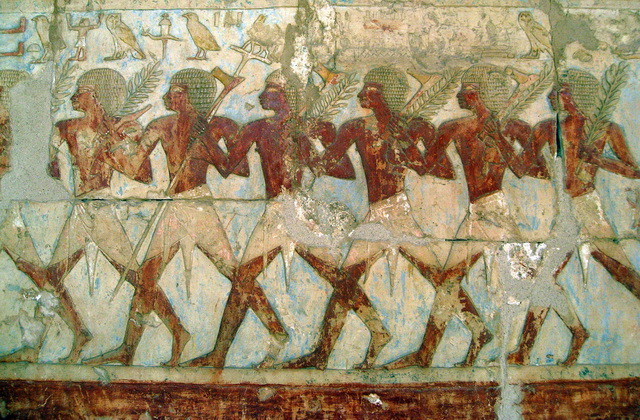 CAIRO (Xinhua) -- An Egyptian archeological mission has discovered remnants of a military castle that dates back to Psamtik era from 664-610 BC in North Sinai province, the country's Ministry of Antiquities said in a statement on Monday.

"The mud brick-constructed castle that belonged to the 26th dynasty is the oldest historically," Mostafa Waziri, secretary-general of the Supreme Council of Antiquities, said in the statement.

The 85-meter-long southern wall of the castle was built on a structure of another unfinished castle, Waziri said.

The 11-meter-wide castle has 16 towers, said Hesham Hussein, chairman of the North Sinai archeological site, adding that during the excavation work, some rooms for the soldiers who were tasked with securing the castle were unearthed.

He explained the castle, which was the main gate for protecting the eastern border of Egypt, has encountered serious attacks that destroyed most of its buildings.